He fought for 25 days straight. Now, he is on the road to recovery. 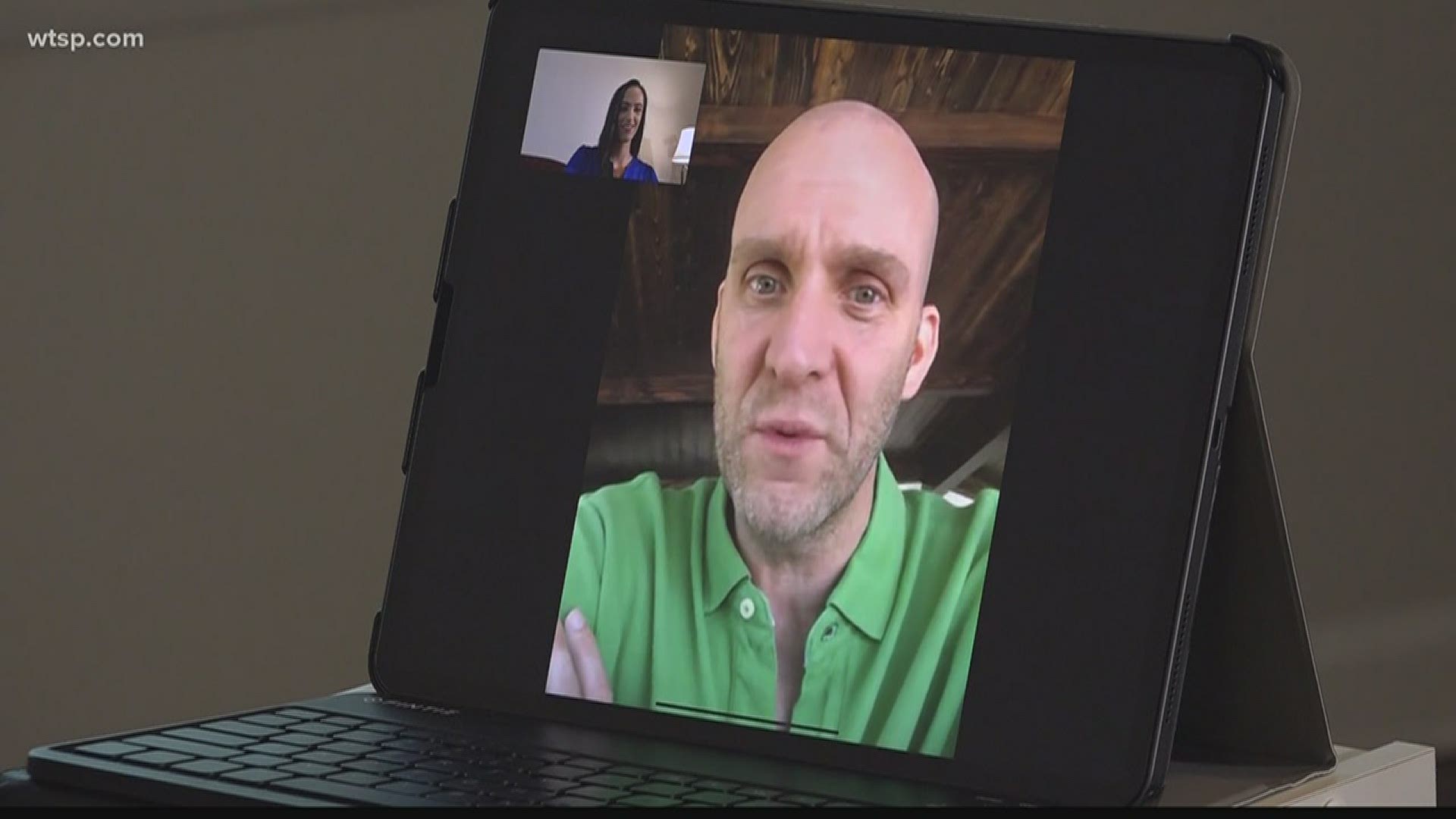 SARASOTA, Fla. — One Navy veteran took on one of the harder fights of his life at Sarasota Memorial Hospital -- the coronavirus.

Steve Hefler was admitted into Sarasota Memorial on March 28 due to the coronavirus and moved within a day to the ICU to continue his fight. Now, after 25 days in the critical care unit, he is on the road to recovery.

Dozens of hospital staff lined the hallways clapping and cheering for Hefler as he made his transition from the ICU to a "step-down" unit Thursday.

The celebration of Hefler's progress bounced off the walls as he was wheeled through the clapping crowd. One nurse even Facetimed Hefler's family so they could say congratulations on his release from the ICU.

Cheers of "yay, uncle Steven!" and "I like your hat" (referencing Hefler's PPE) could be heard coming from the phone.

But, the health care workers' tribute did not stop there.

The group broke out in an a capella rendition of Hefler's favorite song, "County Roads" by John Denver.

You can watch the full video here.

“We couldn’t be more thrilled! So grateful to all of the doctors and nurses at SMH who helped save my father’s life! And so appreciative to everyone around the world who didn’t give up on their prayers and positive thoughts for these past 3 weeks.”

Jonathan described the experience as a “horrific roller coaster.” The thing Jonathan believes saved his dad’s life were the constant FaceTime calls from him and his kids.

“We speak to him every single day, multiple times a day, to encourage him and keep him fighting hard,” Jonathan wrote on a GoFundMe page.

Their communication was almost cut off when Hefler’s cell phone battery went dead on day two of quarantine. If it wasn’t for a nurse, they wouldn’t have been able to talk to him.

“Thanks to the selfless act of a nurse donating their own personal charger, my father has been able to hear the voices of his loved ones encouraging him not to give up the fight,” Jonathan wrote on a GoFundMe page.

Now, the Hefler’s are working towards raising money and donating cell phone chargers to hospitals nationwide.

They've already raised $34,018 and have given out more than 1,000 chargers to hospitals. It was a surprising need that was overlooked, but not anymore.

“For under $10.00, we can make sure one quarantined ICU (Intensive Care Unit) bed has a multi-functional cell phone charger (that will charge ALL major smart phone brands) for patients to use as they fight for their lives against Covid-19.”

Sarasota Memorial Hospital says it has recently seen improvements in its COVID-19 critical care unit. Patients are getting their breathing tubes removed, leaving the ICU and making full recoveries.

“We’ve actually discharged far more patients from the hospital than have been admitted to our ICU and exceptionally more than we’ve unfortunately lost,” said Dr. Randall Schwartz, a pulmonologist and critical care intensivist at SMH.

RELATED: Singing surgeon hopes to cheer up patients with 'Lean On Me' rendition

RELATED: Man who was hospitalized for 3 weeks recovers from COVID-19