Public health officials say the efforts are crucial to reach people who haven't been vaccinated yet. 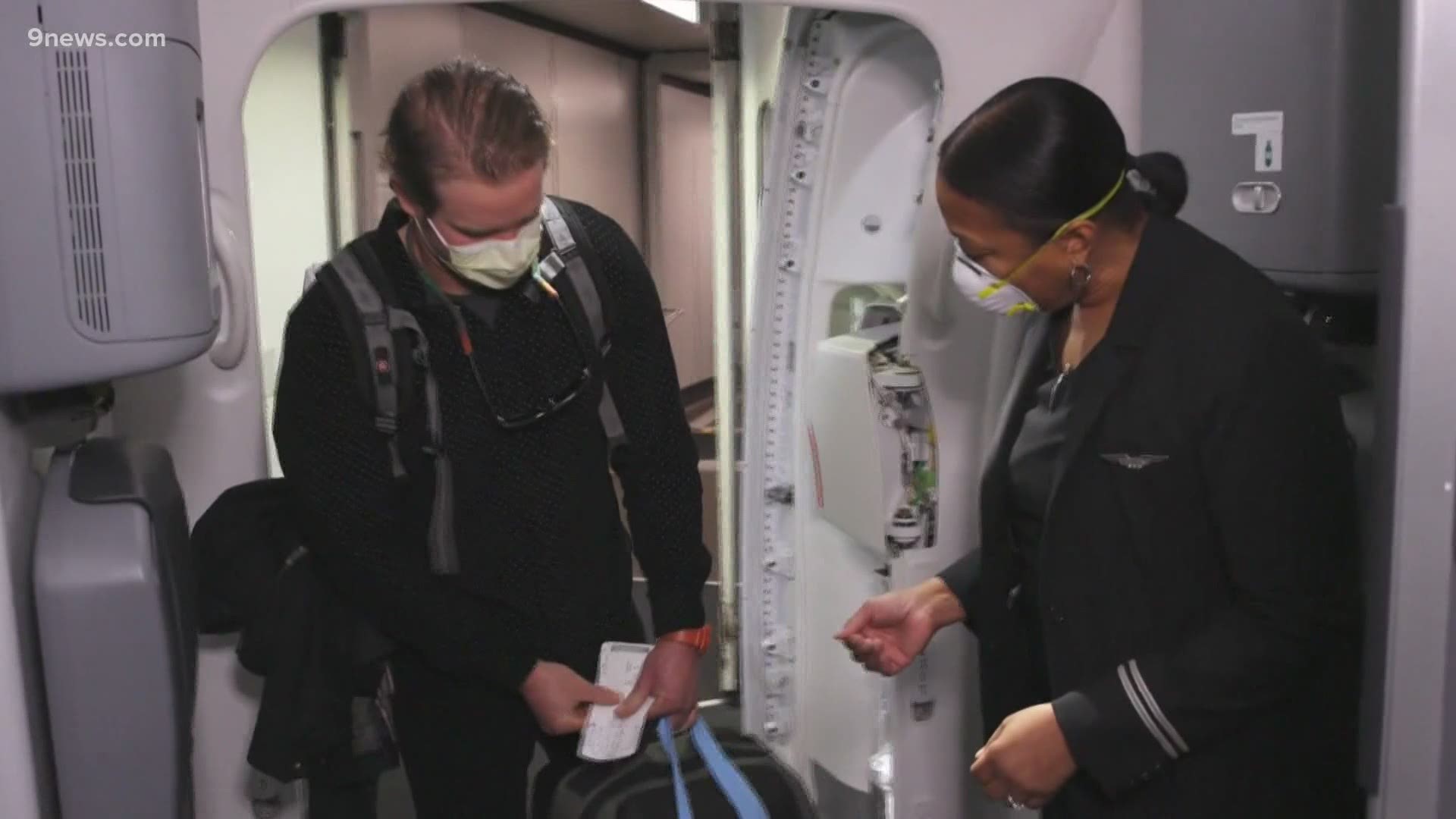 WASHINGTON — Free beer, pot and doughnuts. Savings bonds. A chance to win an all-terrain vehicle. Places around the U.S. are offering incentives to try to energize the nation’s slowing vaccination drive and get Americans to roll up their sleeves.

These relatively small corporate promotion efforts have been accompanied by more serious and far-reaching attempts by officials in cities such as Detroit, where they're offering $50 to people who give others a ride to vaccination sites. Chicago is sending specially equipped buses into neighborhoods to deliver vaccines.

Public health officials say the efforts are crucial to reach people who haven't been immunized yet, whether because they are hesitant or because they have had trouble making an appointment or getting to a vaccination site.

“This is the way we put this pandemic in the rearview mirror and move on with our lives," said Dr. Steven Stack, Kentucky’s public health commissioner.

Meanwhile, more activities are resuming around the U.S. as case numbers come down. Disneyland is set to open Friday after being closed for over a year, while Indianapolis is planning to welcome 135,000 spectators for the Indy 500 at the end of May. Still, rising hospitalizations and caseloads in the Pacific Northwest prompted Oregon's governor to impose restrictions in several counties, and her Washington counterpart was expected to follow suit.

Demand for vaccines has started to fall around the country — something health officials expected would happen once the most vulnerable and most eager to get the shot had the opportunity to do so. Now that most older Americans are fully vaccinated, the effort is moving into a new phase.

“This will be much more of an intense ground game where we have to focus on smaller events, more tailored to address the needs and concerns of focused communities," Stack said.

Nationally, 82% of people over 65 and more than half of all adults have received at least one dose of vaccine, according to the Centers for Disease Control and Prevention. But while vaccinations hit a high in mid-April at an average of 3.2 million shots per day, the number had fallen to 2.5 million as of last week, and some places are no longer asking for their full allotment from the government.

The slowdown in the U.S. stands in stark contrast to the situation in the many poorer corners of the world that are desperate for vaccine.

Demand has dropped precipitously in the rugged timberland of northeastern Washington state, where Matt Schanz of Northeast Tri County Health District is at a loss for what to try next.

Seventy-six percent of residents remain unvaccinated in Pend Oreille County, and 78% in Ferry County, and a whopping 80% in Stevens County have not had even one shot, compared with a statewide average of 59%. On Wednesday, only 35 people in all three counties booked a first dose through the health agency, down from a peak of 500 daily appointments a few weeks ago.

Schanz ticks off the efforts so far in the three counties where he is the health agency's administrator: Newspaper ads, signs and mailers sent with utility bills. Drive-thru vaccination sites at fairgrounds and fire stations. A call center and online scheduling. Outreach to pastors, Republican elected leaders, employers in the lumber industry and an aluminum boat manufacturer. TV and radio interviews.

“Have we reached that point of saturation?” Schanz asked. “How many people do we have who are going to be the hard no’s, and how many are the hesitators and the wait-and-see folks?”

Uncertainty about the vaccine is the biggest barrier, he said: “People say, ‘Jeez, I don’t want to be a government experiment.’”

Chicago officials are planning vaccination sites at festivals and block parties and are working with barber shops and hair and nail salons to pair free services with vaccination.

“The idea here is to bring the party, bring the vaccine and really have this be a convenient way for people to get vaccinated,” Chicago Health Commissioner Dr. Allison Arwady said.

Credit: AP
Empty Pfizer COVID-19 vaccine vials are collected in a tray to be destroyed to prevent them from being resold or refilled, at a vaccination center in the Victor Jara Stadium in Santiago, Chile, Tuesday, March 30, 2021. (AP Photo/Esteban Felix)

Several companies have announced that employees can take paid time off to get vaccinated. In Houston, 31-year-old Elissa Hanc works for one of them, 3 Men Movers.

Her employer started offering the benefit before President Joe Biden announced a tax credit for small businesses to provide paid time off for those getting vaccinated or recovering from the side effects.

“I have a few friends who work where management is not making it a priority to get the vaccine,” Hanc said. “They’ve let me know in no uncertain terms how lucky I am to work where I do.”

Dr. Eric Topol, head of the Scripps Research Translational Institute, said that employers should give paid time off and that other incentives are needed to boost vaccinations. He pointed to West Virginia, which is giving $100 savings bonds to young adults who get their shot — and where only about 35% of people had received at least one dose as of Wednesday.

“We also need health systems and universities to mandate vaccination — that no one can be employed or on campus/medical facilities without having been vaccinated,” Topol said in an email. He also said the nation needs to mount a “counteroffensive” against anti-vaccination websites and activists.

Other companies are getting into the spirit with marketing pitches.

Krispy Kreme began offering a free doughnut a day to anyone showing proof of having been vaccinated. In Cleveland, a movie theater is supplying free popcorn through the end of this month.

Several marijuana dispensaries around the country are giving out cannabis treats or free rolled joints. On April 20, marijuana advocates offered “joints for jabs” to encourage people to get vaccinated in New York City and Washington.

Some breweries around the country are offering “shots and a chaser."

In Alaska, which traditionally has low vaccine confidence, the Norton Sound Health Corp., with a hospital in Nome and 15 clinics across western Alaska, has given away prizes, including airline tickets, money toward the purchase of an all-terrain vehicle, and $500 for groceries or fuel.