'Trust the science': Houston doctor's baby was first patient in vaccine trial for children under 2

Dr. Thao Galvan said she understands it's not an easy decision for parents, but after reviewing the data, she determined the benefits far outweigh the risks. 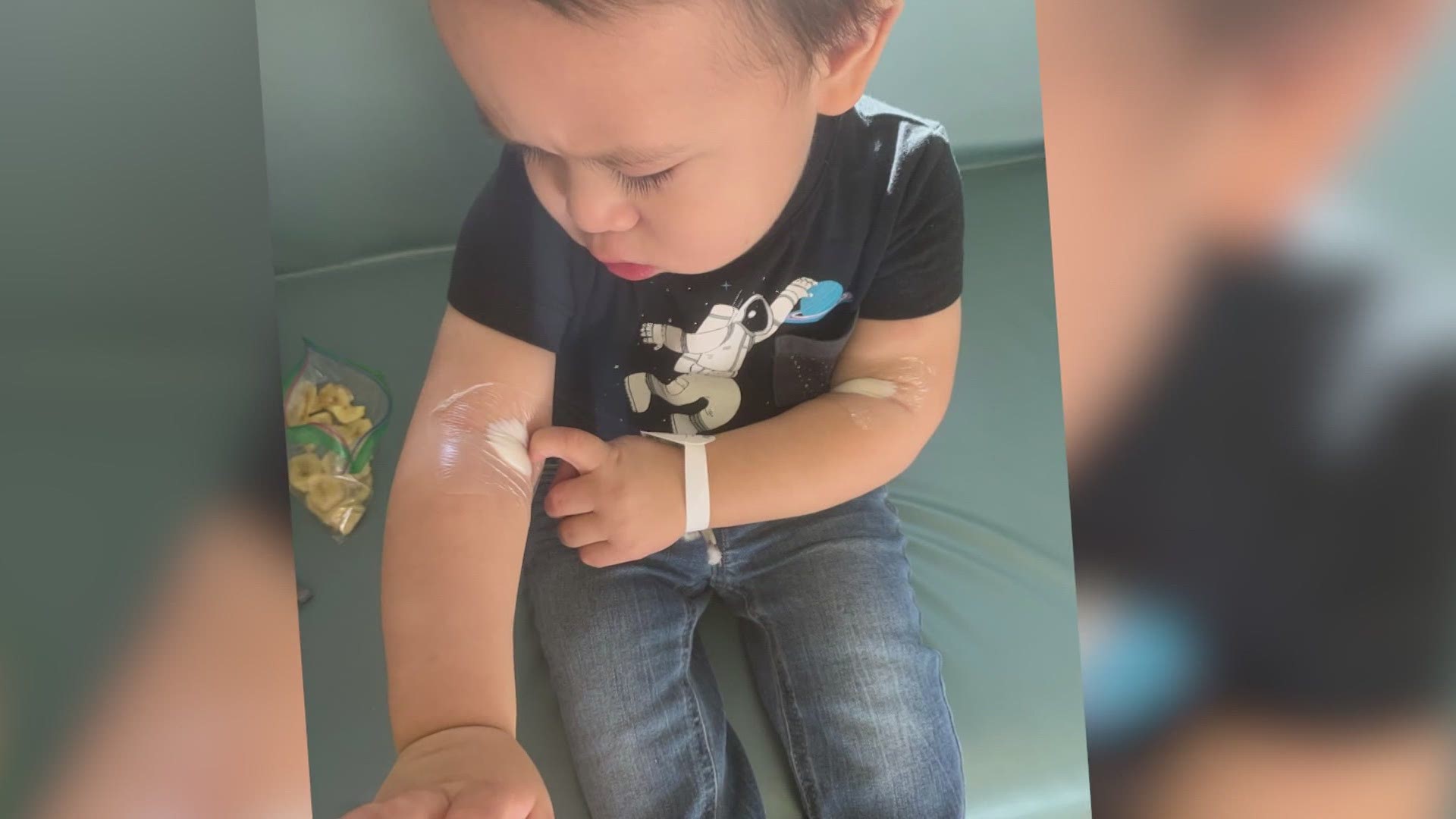 KHOU11 spoke to the mother of the first patient to receive the Pfizer vaccine in the trial.

Her name is Dr. Thao Galvan. She's a pediatric transplant surgeon at Texas Children's Hospital. First and foremost though, she's a mother of two.

"I felt like this was a good chance for us to contribute, but I have the same worries that every parent has," Galvan said.

She enrolled her 16-month-old son, Nathan, in Pfizer's dosage trial. He got the first dose one week ago. Nathan received about one-tenth of the dosage adults are receiving.

Texas Children's Hospital is one of six locations across the country with trials like this underway. Data from babies like Nathan will help researchers know exactly the right dosage needed in kids.

"It's time to turn our attention to children," Dr. Jim Versalovic said.

Versalovic is the pathologist in chief at Texas Children's Hospital. He said they've treated more than 1,400 kids with COVID-19 in the last year.

"We're not going to get to herd immunity unless we immunize children and adolescents," Versalovic said.

That's one of several reasons why Galvan signed up her own son.

"If I had the audacity to encourage my friends, family, patients to get the vaccination, then we should have the same conviction to trust the science for our own children, and I did," Galvan said.

Nathan is still too young to know the significance of participating, but his mother said she plans to make sure he knows the role he played.

Nathan is scheduled for his second dose in two weeks. Researchers said Phase 2 and 3 of the trial should be underway in our area sometime in May.