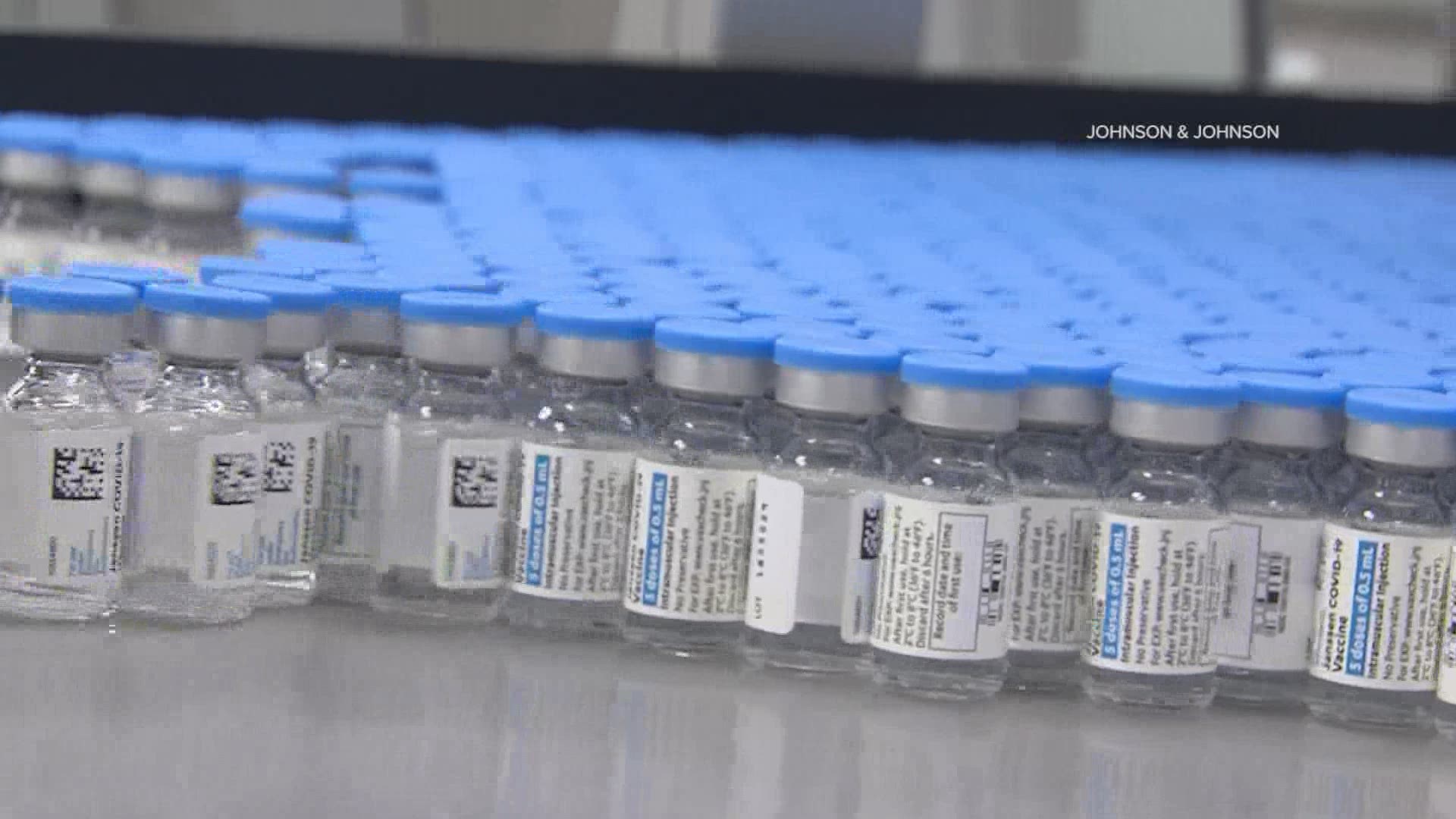 PORTLAND, Maine — Mainers in their 40s lead the newly eligible age groups in total COVID-19 vaccine doses received since eligibility opened to all people age 16 and older on April 7.

Since that date, Maine people age 40-49 received a total of 39,831 shots. Those in their 30s were next with 37,654 shots. People 20-29 received 31,746. This is not necessarily a product of larger populations by decade. Each age bracket is relatively close in population size:

"Even though some states have seen their demand, candidly, fall off a cliff, we have not seen that in Maine," Maine CDC Director Dr. Nirav Shah, said during a press briefing on Thursday.

Demand for the vaccine appears to still be high, despite roadblocks, including the lack of supply of Johnson & Johnson vaccine. Maine received just 2,500 doses two weeks ago, followed by the pause. Despite increases in Pfizer and Moderna supply, Maine's average shots in arms per week dropped.

"There might be some other factors, a bit of softening of demand. To me, the predominant reason is the lack of ability to use J&J," said Shah.

"I'm optimistic and we're doing our part to generate as much demand as possible by not just talking about the benefits and safety of vaccine, but making structural changes to our vaccination system to make getting vaccinated the easy choice," Shah said.

According to the New York Times, Maine is fifth in the contiguous United States for the percentage of people with the first dose of vaccine. Maine leads the country in percent of people with final doses.