Vaccinations for those age 70 and older begin Tuesday in Farmington and Brunswick, with other locations starting this week. 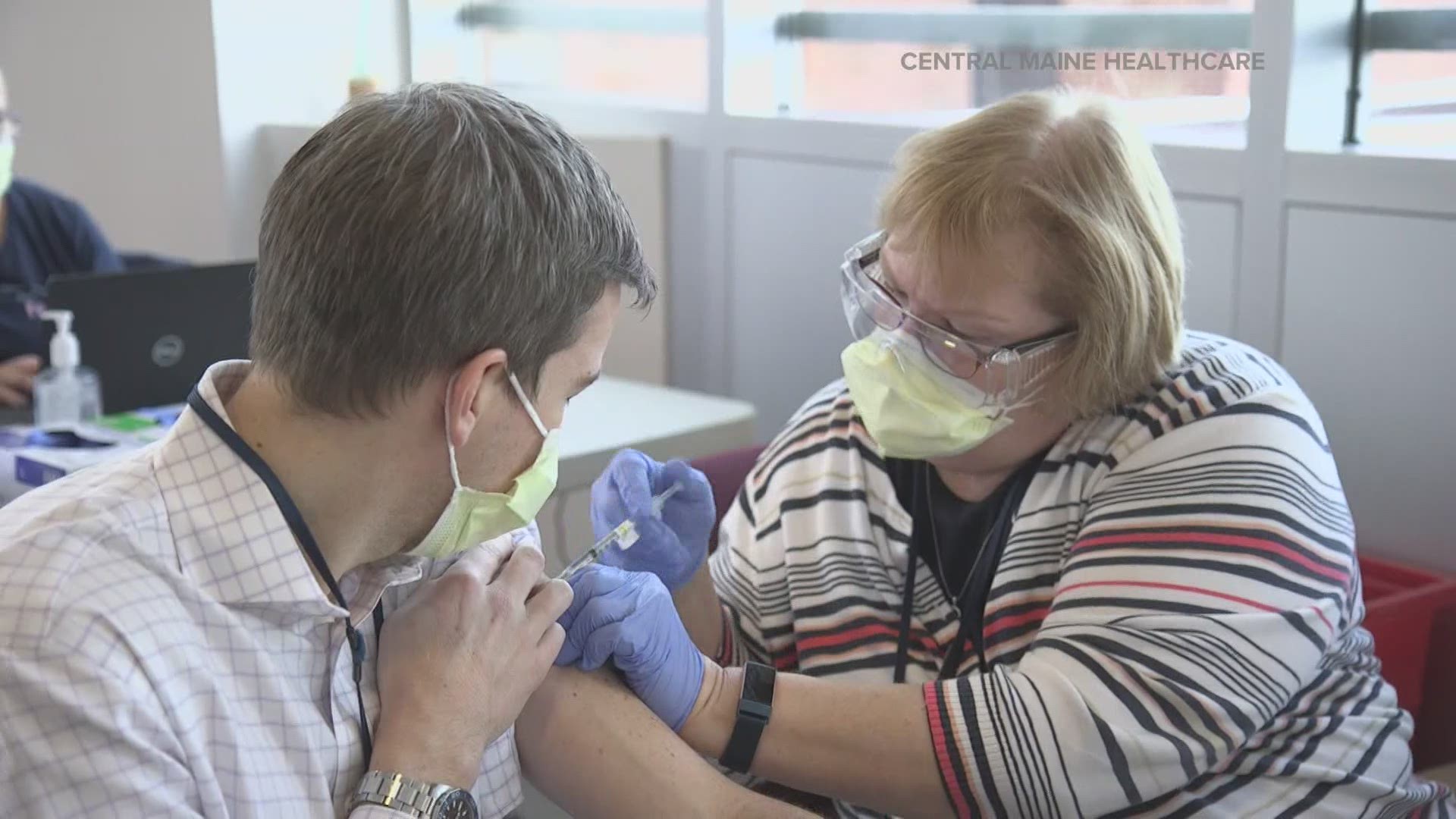 PORTLAND, Maine — As Maine begins to enter Phase 1b of its vaccination plan, Maine's largest health system, MaineHealth, is announcing its rollout plan.

Beginning Tuesday, MaineHealth will start to offer limited supplies of COVID-19 vaccines to Maine residents age 70 and older. Vaccinations began Tuesday at Franklin Community Health Network in Farmington and Mid Coast-Parkview Health in Brunswick, with other MaineHealth locations getting underway over the course of next week.

For now, MaineHealth officials say vaccine supplies are limited and they expect demand to far exceed the amount of vaccine being allotted through the state. The health system also stressed that demand for scheduling so far has been overwhelming, and they ask everyone to be patient as they seek vaccinations.

MaineHealth's vaccination call center became fully operational on Monday. MaineHealth says more than 18,000 people called seeking a vaccination with many of them calling multiple times. As a result, MaineHealth is looking at alternatives to manage the high volume of requests. In the meantime, MaineHealth is asking people not to reach out to local MaineHealth practices to try to schedule a vaccination and check www.mainehealth.org/vaccine for the most up to date information.

JUST IN: A @MaineHealth spokesperson tells me phone lines have been "flooded" with people trying to get appointments for the #COVID19 #vaccines -- 18,480 individuals called with questions, some multiple times. @newscentermaine #newscentermaine

Last week, after suggesting there were vaccines being held in reserve for second doses that could be released early, the U.S. Department of Health and Human Services said in fact it had no such reserves on hand and distribution would remain largely flat for coming weeks. As a result, MaineHealth’s weekly allotment of vaccines hasn’t increased significantly over previous weeks.

The health system says it is still working through vaccinations in the so-called Phase 1a group, which includes health care workers both within MaineHealth and the communities it serves. Nursing home residents and staff are also part of Phase 1a and are being vaccinated through commercial pharmacy chains.

Now, with Phase 1a nearing completion, there are vaccines available for the Phase 1b group, which has been defined by Maine officials to include people over the age of 70 while New Hampshire has authorized vaccinations for people 65 and older. However, it is expected that the federal government won’t be able to distribute enough vaccines initially to keep up with demand in those groups.

In addition to vaccinations starting in Farmington and Brunswick Monday, Southern Maine Health Care in Biddeford and Sanford, and Western Maine Health/Stephens Memorial Hospital in Norway expect to begin vaccinating people 70 and older by Friday.

Memorial Hospital in North Conway, N.H., expects to start administering vaccines to New Hampshire residents 65 and older beginning Jan. 26. (Memorial patients who reside in Maine must be aged 70 or older to be vaccinated and will be referred to a clinic operating in Maine.)

Both the Pfizer and Moderna versions of the vaccine require cold storage and special handling. Also, vaccine recipients must be observed for a period of time after getting the vaccine to monitor against adverse reactions. Because of these requirements, vaccinations will not be done through MaineHealth medical practices, but instead at clinics set up specifically to administer the vaccine.

Vaccinations are by appointment only, and people are urged not to arrive at a vaccination site without one.