Maine is now administering an average of 14,449 doses per day, according to Maine CDC Director Dr. Nirav Shah. 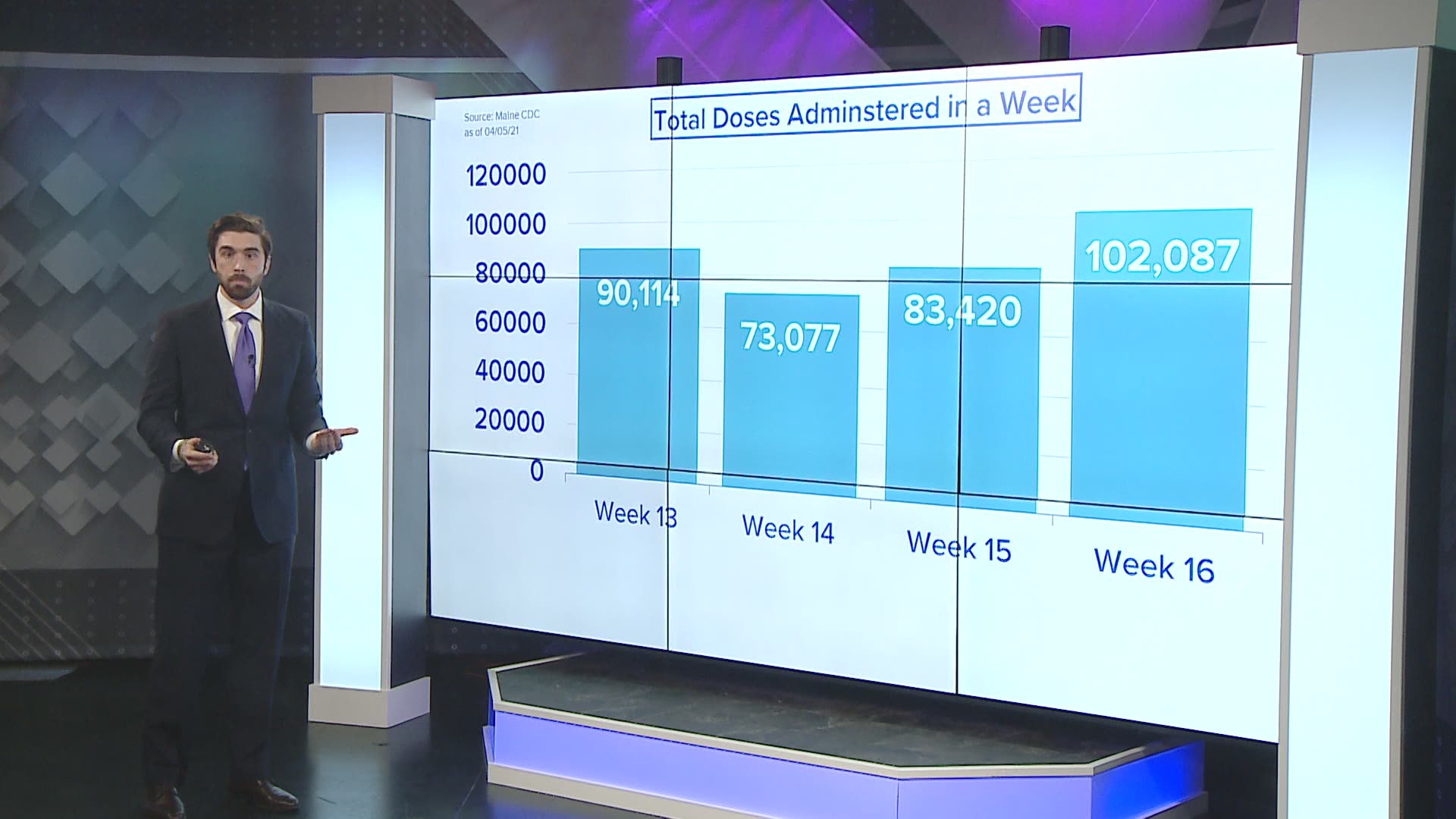 PORTLAND, Maine — Maine's vaccinations are continuing at a steady pace, with the number of doses administered each week increasing from the week before.

Part of that is due to more supply of doses from the federal government. Another part is due to increased capacity at sites with more staff and volunteers and more hours available for people to make appointments.

In a tweet Monday, Maine CDC Director Dr. Nirav Shah said Maine is now administering an average of 14,449 doses per day, a 42 percent increase from two weeks ago.

On Saturday, Dr. Shah visited a drive-thru site in Buxton, which he said is adding to the efficiency of vaccinations in the state.

"They're able to get folks in and out in minutes and then on their way, so the efficiency of a drive-thru is really important," Shah said Saturday.

This week, Maine got more doses from the federal government than last week, and Dr. Shah said the feds are activating all retail pharmacy chains soon to open more appointments, but that no timeline has been announced on when that will happen.

Maine will need that as eligibility opens to roughly 470,000 newly eligible people on Wednesday.