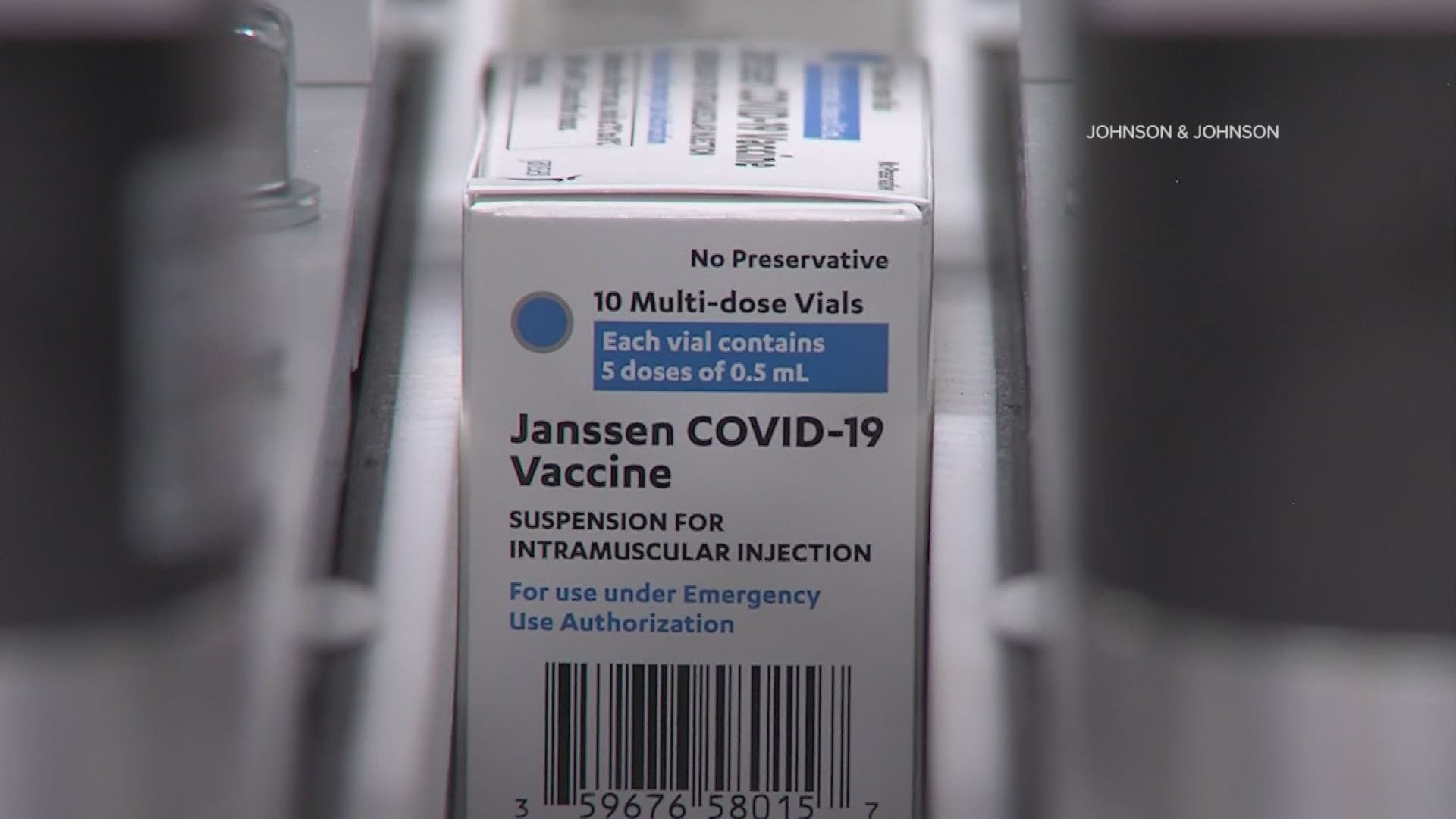 AUGUSTA, Maine — Nearly 15 million doses of the Johnson & Johnson single-dose COVID-19 vaccine were ruined due to a mix-up at the manufacturing site in Baltimore, the New York Times first reported. But the Maine CDC on Wednesday assured Mainers the state’s vaccine allotment for next week has not been affected.

Maine CDC spokesperson Robert Long said the state’s federal partners “have confirmed that Maine will receive the full scheduled allocation of 20,600 doses of the Johnson & Johnson vaccine next week.”

As the New York Times reported, the conflation of ingredients caused shipments of Johnson & Johnson's single-dose vaccine to be put on hold by the factory manufacturing the vaccine.

Long said the Johnson & Johnson doses Maine will receive next week were not manufactured at the affected facility.

You may have seen news about J&J's #COVID19 #vaccine. Some facts:

1. #Maine will still receive its scheduled shipments of 20,600 doses J&J vaccine next week.

2. That vaccine was not manufactured in the affected facility.

RELATED: Maine to get increase in COVID-19 vaccine doses next week, including 8,100 Johnson & Johnson shots

In a statement from Johnson & Johnson Wednesday, the company said its "quality control process identified one batch of drug substance that did not meet quality standards at Emergent Biosolutions, a site not yet authorized to manufacture drug substance for our COVID-19 vaccine. This batch was never advanced to the filling and finishing stages of our manufacturing process."

While the statement from Johnson & Johnson didn't mention how many doses of the vaccine were put in jeopardy, the company emphasized that discovering the problem showed how "rigorous" its quality control practices are globally.