69,000 doses of J&J vaccine will be available in Virginia soon 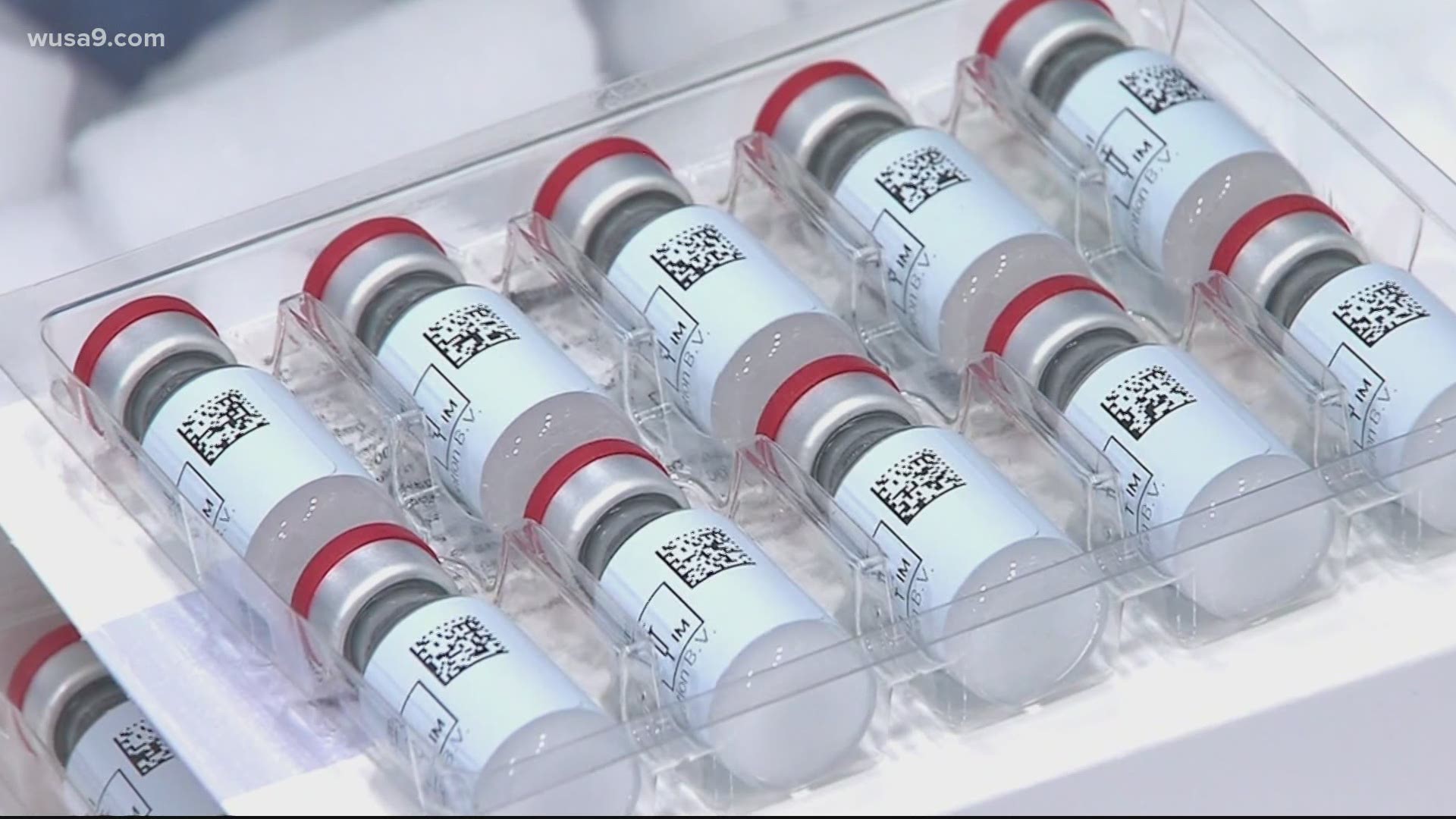 RICHMOND, Va. — Virginia is expected to receive 69,000 doses of the Johnson & Johnson vaccine next week, according to officials in the commonwealth.

Gov. Ralph Northam's office released the information about the doses allotted to Virginia after Johnson & Johnson announced approval from the Food and Drug Administration of its one-shot vaccine Saturday afternoon.

An additional allotment is expected to be sent to pharmacies participating in a federal partnership to help vaccinate priority groups, such as those 65 and older, at no cost, according to Northam's office.

Where these doses will specifically go in the state has not been released by Northam's office.

Health experts are anxiously awaiting a one-and-done option to help speed up vaccinations as they race against a virus that already has killed more than 510,000 people in the U.S. and is mutating in increasingly worrisome ways.

The FDA said J&J’s vaccine offers strong protection against what matters most: serious illness, hospitalizations and death. One dose was 85% protective against the most severe COVID-19 illness, in a massive study that spanned three continents — protection that remained strong even in countries such as South Africa, where the variants of most concern are spreading.

"This is really good news," Dr. Francis Collins, director of the National Institutes of Health, told The Associated Press on Saturday. “The most important thing we can do right now is to get as many shots in as many arms as we can.”

J&J also is seeking authorization for emergency use of its vaccine in Europe and from the World Health Organization. The company aims to produce about 1 billion doses globally by the end of the year. On Thursday, the island nation of Bahrain became the first to clear its use.

On Sunday, a U.S. advisory committee will meet to recommend how to prioritize use of the single-dose vaccine. And one big challenge is what the public wants to know: Which kind of vaccine is better?

“In this environment, whatever you can get — get,” said Dr. Arnold Monto of the University of Michigan, who chaired an FDA advisory panel that unanimously voted Friday that the vaccine’s benefits outweigh its risks.

Data is mixed on how well all the vaccines being used around the world work, prompting reports in some countries of people refusing one kind to wait for another.

In the U.S., the two-dose Pfizer and Moderna shots were 95% protective against symptomatic COVID-19. J&J’s one-dose effectiveness of 85% against severe COVID-19 dropped to 66% when moderate cases were rolled in. But there’s no apples-to-apples comparison because of differences in when and where each company conducted its studies, with the Pfizer and Moderna research finished before concerning variants began spreading.

NIH’s Collins said the evidence of effectiveness shows no reason to favor one vaccine over another.

“What people I think are mostly interested in is, is it going to keep me from getting really sick?” Collins said. “Will it keep me from dying from this terrible disease? The good news is all of these say yes to that.”

Also, J&J is testing two doses of its vaccine in a separate large study. Collins said if a second dose eventually is deemed better, people who got one earlier would be offered another.

The FDA cautioned that it's too early to tell if someone who gets a mild or asymptomatic infection despite vaccination still could spread the virus.

There are clear advantages aside from the convenience of one shot. Local health officials are looking to use the J&J option in mobile vaccination clinics, homeless shelters, even with sailors who are spending months on fishing vessels — communities where it’s hard to be sure someone will come back in three to four weeks for a second vaccination.

The J&J vaccine also is easier to handle, lasting three months in the refrigerator compared to the Pfizer and Moderna options, which must be frozen.

“We’re chomping at the bit to get more supply. That’s the limiting factor for us right now,” said Dr. Matt Anderson of UW Health in Madison, Wisconsin, where staffers were readying electronic health records, staffing and vaccine storage in anticipation of offering J&J shots soon.

The FDA said studies detected no serious side effects. Like other COVID-19 vaccines, the main side effects of the J&J shot are pain at the injection site and flu-like fever, fatigue and headache.

There is “a remote chance” that people may experience a severe allergic reaction to the shot, a rare risk seen with the Pfizer and Moderna vaccines, the FDA said.

The vaccine has been authorized for emergency use in adults 18 and older for now. But like other vaccine makers, J&J is about to begin a study of its vaccine in teens before moving to younger children later in the year, and also plans a study in pregnant women.

All COVID-19 vaccines train the body to recognize the new coronavirus, usually by spotting the spikey protein that coats it. But they’re made in very different ways.

J&J’s shot uses a cold virus like a Trojan horse to carry the spike gene into the body, where cells make harmless copies of the protein to prime the immune system in case the real virus comes along. It’s the same technology the company used in making an Ebola vaccine, and similar to COVID-19 vaccines made by AstraZeneca and China’s CanSino Biologics.

The Pfizer and Moderna vaccines are made with a different technology, a piece of genetic code called messenger RNA that spurs cells to make those harmless spike copies.

The AstraZeneca vaccine, already used in Britain and numerous other countries, is finishing a large U.S. study needed for FDA clearance. Also in the pipeline, Novavax uses a still different technology, made with lab-grown copies of the spike protein, and has reported preliminary findings from a British study suggesting strong protection.

Still other countries are using “inactivated vaccines,” made with killed coronavirus by Chinese companies Sinovac and Sinopharm.

For more information about COVID-19 in Virginia, and the commonwealth’s ongoing efforts in the pandemic, visit www.vdh.virginia.gov/coronavirus 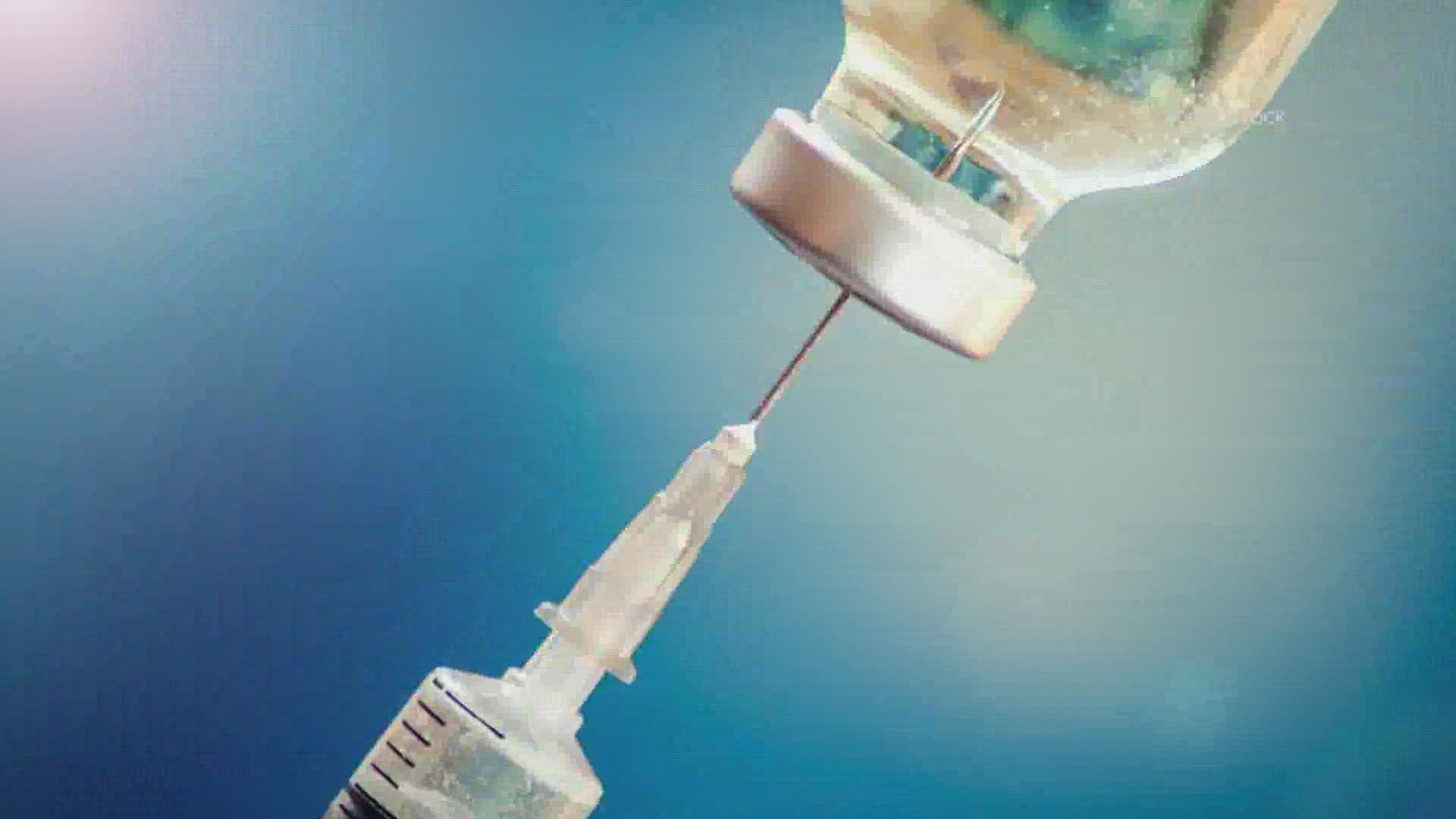