Maine CDC: State pauses administration of Johnson & Johnson vaccines out of 'an abundance of caution'

In Maine, Johnson & Johnson doses are 5.65% of those administered so far as FDA recommends 'pause' nationwide. 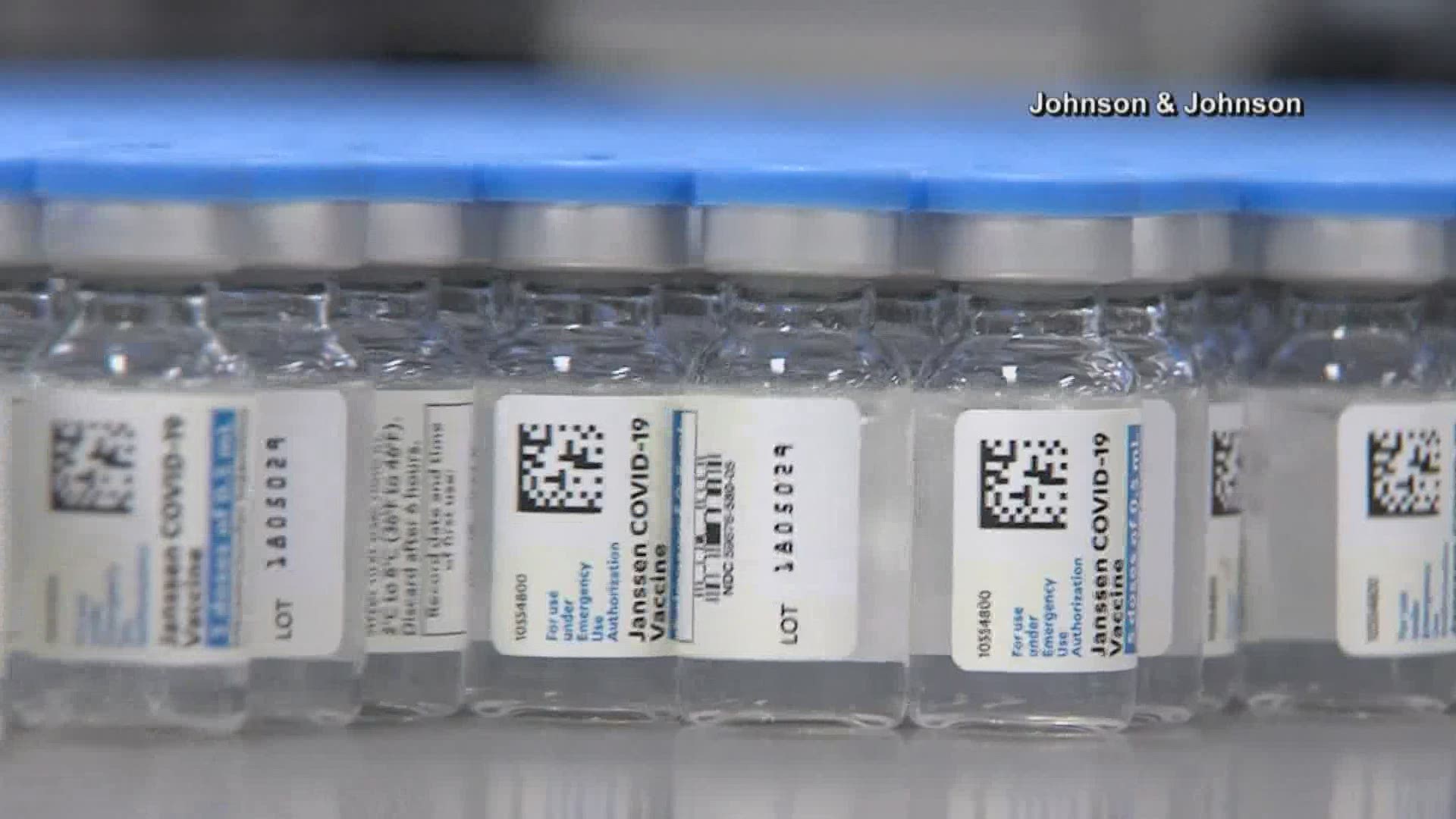 PORTLAND, Maine — The U.S. is recommending a “pause” of the single-dose Johnson & Johnson COVID-19 vaccine to investigate reports of potentially dangerous blood clots.

In a joint statement Tuesday, the Centers for Disease Control and Prevention and the Food and Drug Administration said they were investigating clots in six women that occurred 6 to 13 days after vaccination. The clots were observed in the sinuses of the brain along with reduced platelet counts, making the usual treatment for blood clots, the blood thinner heparin, potentially “dangerous.”

According to the CDC, more than 6.8 million Americans have received the J&J vaccine.

Following the announcement, Maine Center for Disease Control and Prevention Director Dr. Nirav Shah announced the state has paused the administration of the Johnson & Johnson vaccine "out of an abundance of caution."

1/UPDATE on Maine's use of J&J/Janssen #COVID19 #vaccine:
Consistent with a recommendation from the U.S. FDA and U.S. CDC, the State of Maine is pausing the administration of the @JNJNews vaccine out of an abundance of caution.

"U.S. CDC & FDA are reviewing data involving 6 reported U.S. cases of a rare & severe type of blood clot in individuals after receiving the vaccine. Right now, these adverse events appear to be extremely rare," the FDA wrote in a tweet.

RELATED: What to watch for if you got Johnson & Johnson COVID shot

In a joint statement Tuesday, Gov. Janet Mills, Maine Department of Health and Human Services Commissioner Jeanne Lambrew, and Shah said, "Maine CDC is not aware of any reports of these cases in Maine residents."

The state's new mobile vaccination unit, which launched Monday, was slated to provide the J&J vaccine to as many as 250 people a day. In response to the state and nationwide pause, the Maine CDC said all vaccine appointments for the mobile unit scheduled for Tuesday between 8:30 a.m. and 12:45 p.m. were canceled and will be rescheduled.

However, the Maine CDC secured doses of the Moderna vaccine from another vaccine location and redirected them to the mobile unit "so that all appointments scheduled at the MVU from 1 p.m. today through Friday, April 16 will be offered unchanged," the statement said.

Those with appointments that were canceled at the mobile unit are urged to call 1-888-445-4111 to reschedule.

The Maine CDC said individuals with appointments to receive the Johnson & Johnson vaccine at other clinics will hear from those clinics about rescheduling their appointments.

In Maine, retail pharmacies have 2,600 doses of J&J vaccine to administer this week. Hospitals, clinics, and other locations have 2,500, although a majority of those are with the FEMA mobile vaccination unit.

Clinics that received Johnson & Johnson vaccine are advised to store it until further information from the U.S. FDA and the U.S. CDC becomes available.

The next Maine CDC press briefing is scheduled for 2 p.m. Thursday.