Maine CDC Director Dr. Nirav Shah said the vaccines are working regardless of if you feel feverish or rundown, but that those symptoms can occur after a second dose. 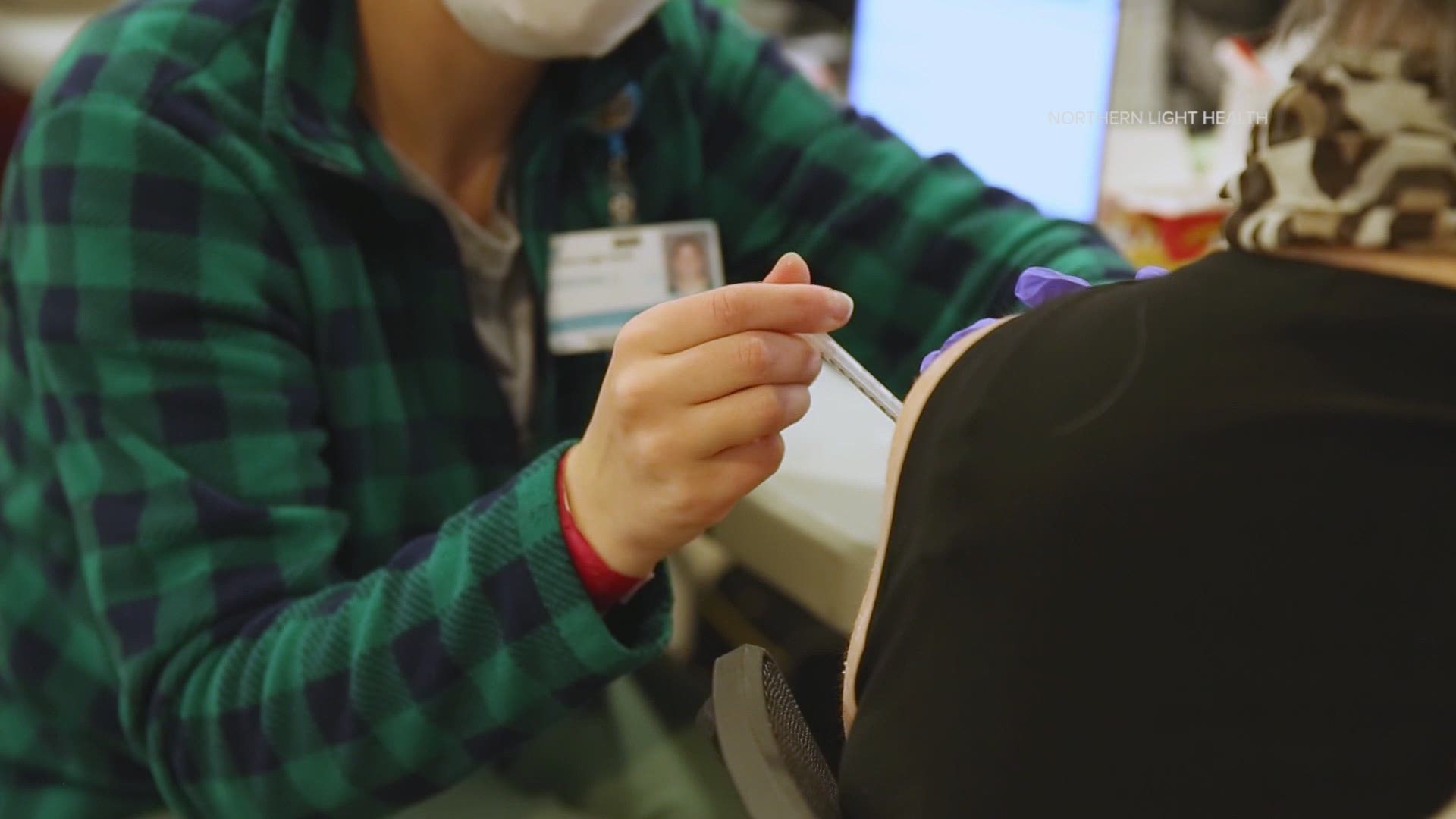 PORTLAND, Maine — Some people report feeling sick after getting a second dose of the COVID-19 vaccine, a phenomenon the CDC said is completely normal.

There are rumors circulating that if one does not feel sick, the vaccine did not work. That is false, according to Maine CDC Director Dr. Nirav Shah.

Dr. Shah also refuted the claim that feeling sick or not after a dose is an indicator of one brand of vaccine being more effective than another.

Dr. Shah said during Tuesday's CDC briefing that it is normal for people to feel feverish or rundown for about eight to 12 hours following a second dose.

"That is your body's immune system kicking into high gear," Dr. Shah said.

He said more people report feeling those symptoms after the second dose of either Pfizer or Moderna.

An important note as more people get the #COVID19 vaccine: feeling sick (or not) after your second dose does not indicate the shot's effectiveness. Listen to @nirav_mainecdc on this topic. @newscentermaine #maine pic.twitter.com/nsg45tEPP8

Shah said not feeling sick does not indicate that the vaccine did not work, nor does it indicate that one brand is more or less effective than another.

"If you don't feel that way, it's okay, the vaccine still works. That difference doesn't seem to vary too much vaccine to vaccine," said Dr. Shah. "Don't be scared of getting the shot. You might feel a little crummy for a bit, but it's absolutely worth it compared to the benefit you get."