In bid to end pandemic, FDA approves Pfizer COVID-19 vaccine for emergency use

The Pfizer vaccine won approval Thursday from a FDA panel of outside advisers. Now, the U.S. sign off is the next step needed to get the shots to the public. 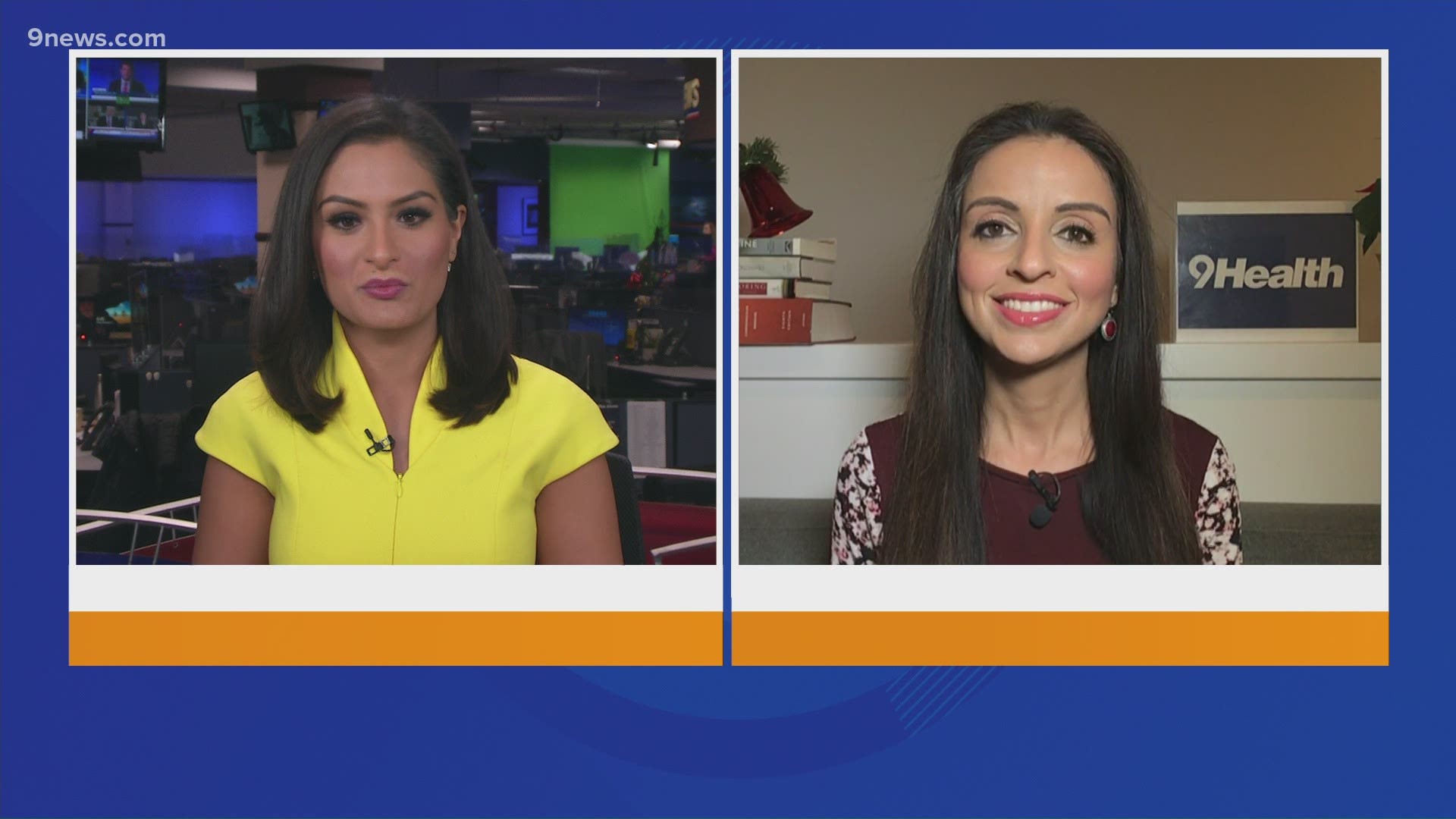 WASHINGTON — The United States has given the green light for the first COVID-19 vaccine, launching a nationwide campaign needed to defeat the pandemic and marking what could be the beginning of the end of an outbreak that has killed more than 294,000 Americans.

The coronavirus vaccine by Pfizer Inc. and German partner BioNtech has been authorized Friday by the Food and Drug Administration. The vaccine is cleared for people 16 and older. Shots for health workers and nursing home residents are expected to begin in the coming days.

Initial doses are scarce and rationed as the U.S. joins the U.K. and several other countries in scrambling to vaccinate as many people as possible ahead of winter. It'll take months of work to tamp down the coronavirus that has surged to in recent weeks and already claimed 1.5 million lives globally.

According to Johns Hopkins University, the U.S. has more than 15 million confirmed coronavirus cases and 294,874 deaths.

The FDA says the vaccine contains genetic material called messenger RNA, or mRNA. It uses a small piece of mRNA of the SARS-CoV-2 virus, which causes the COVID-19 illness, and tells cells in the body to make the virus’ distinctive "spike" protein. When a person receives the vaccine, their body makes copies of the protein, which doesn't cause sickness, but triggers the immune system to learn to react defensively.

An initial shipment of almost 3 million vaccine doses will be sent around the country over the next week, The New York Times reported. Officials with Operation Warp Speed, the Trump administration’s vaccine development program, said a similar amount will be held in reserve for those recipients' second dose.

The government still is hammering out final recommendations, but expected to follow health workers and nursing homes are other essential workers, older adults and people at high risk because of other health problems. U.S. authorities don’t expect enough for the general population before spring, and that's assuming there are no manufacturing glitches.

“We would need at least until March, April, to have an impact on the pandemic,” BioNTech CEO Dr. Ugur Sahin told The Associated Press. But he predicted that protecting the most vulnerable could start putting a dent in hospitals and deaths sooner.

The Washington Post reported the FDA had already planned to clear the vaccine Saturday morning and that accelerating the authorization to Friday night wasn't expected to change when the first shots would be delivered.

Shots will begin in a few days after Friday's decision.

President Donald Trump said in a prepared video on Twitter that it's a "medical miracle."

The FDA called the vaccine safe and strongly protective. But initial doses are scarce and rationed, with health workers and nursing home residents first in line. Enough for the general population isn't expected until spring, and experts urge people to mask up and keep their distance during a long, grim winter.

"The tireless work to develop a new vaccine to prevent this novel, serious, and life-threatening disease in an expedited timeframe after its emergence is a true testament to scientific innovation and public-private collaboration worldwide," FDA Commissioner Dr. Stephen Hahn said in a statement.

White House chief of staff Mark Meadows had pressed Hahn to grant the emergency use authorization, or EUA, for Pfizer's vaccine by the end of the day or he'd possibly lose his job.

Meadows spoke to the FDA commissioner by telephone, according to a senior official familiar with the call but not authorized to discuss the private conversations with AP.

The chief of staff also told Hahn his job was in jeopardy if the emergency use authorization was not issued before Saturday, said a second official familiar with the conversation.

Hahn signaled that he would tell regulators to do so, the official said.

Later on, Hahn disputed the characterizations of the conversation with Meadows, saying only that the FDA was working rapidly.

"This is an untrue representation of the phone call with the chief of staff," Hahn said in a statement. "The FDA was encouraged to continue working expeditiously on Pfizer-BioNTech’s EUA request. FDA is committed to issuing this authorization quickly, as we noted in our statement this morning."

The FDA's decision kickstarts an unprecedented vaccination campaign needed to eventually defeat the virus. The administration’s greenlight of the vaccine was practically assured after the positive vote by agency advisers a day earlier.

The U.S. is considering a second vaccine, made by Moderna Inc., that could roll out in another week. In early January, Johnson & Johnson expects to learn if its vaccine is working in final testing.

In an interview Friday on Good Morning America, Health and Human Services Secretary Alex Azar said the first doses of the Pfizer vaccine could be administered in the coming days.

"Just a little bit ago the FDA informed Pfizer that they to intend to proceed towards an authorization for their vaccine," Azar told GMA. "So we could be seeing people getting vaccinated, Monday, Tuesday of next week."

The FDA’s brief statement Friday indicating it planned to approve the vaccine came less than an hour after Trump tweeted directly at Hahn, complaining that the agency "is still a big, old, slow turtle."

While my pushing the money drenched but heavily bureaucratic @US_FDA saved five years in the approval of NUMEROUS great new vaccines, it is still a big, old, slow turtle. Get the dam vaccines out NOW, Dr. Hahn @SteveFDA. Stop playing games and start saving lives!!!

Many FDA observers predicted action would happen ahead of a Sunday meeting by the Centers for Disease Control and Prevention.

The panel of CDC advisers will vote on who should get priority for the initial shots. Federal officials plan to allocate the first 6.4 million doses of the vaccine to states based on their population.

With daily coronavirus deaths greater than the death totals of 9/11 or Pearl Harbor, Azar said he is worried about indoor gatherings at restaurants, bars and homes.

"You can do those things but be careful because you're gonna let your guard down," Azar said. "People let their guard down and that's what's spreading disease right now."

The move sets off what will be the largest vaccination campaign in U.S. history -- but it also has global ramifications because it’s a role model to many other countries facing the same decision.

It offers the ability “in this situation where the pandemic is out of control, to bring hope to the people,” Sahin said.

In a still unfinished study of nearly 44,000 people, the FDA found the vaccine was safe and more than 90% effective across recipients of different ages, including older adults, races and those with health problems that put them at high risk from the coronavirus. It's authorized for people age 16 and up.

Emergency use means the vaccine still is experimental. Most important for would-be recipients to know:

--Some protection begins after the first dose, but it takes a second dose three weeks later for full protection. It’s unclear how long protection lasts.

—The vaccine protects against COVID-19 illness, but no one yet knows if it can stop the silent, symptomless spread that accounts for roughly half of all cases. The ongoing study will attempt to answer that but for now, the vaccinated still will need to wear a mask and keep their distance.

—Expect a sore arm and some flu-like symptoms such as fever, fatigue, headache and chills after the second dose. While uncomfortable, those reactions only last about a day. “That’s just your immune system working. It’s a good thing,” Offit said.

—Every vaccine recipient must be given an FDA-written fact sheet about the vaccine and its known risks and benefits.

—FDA didn't forbid the vaccine's use in pregnant women but noted there isn't enough evidence to determine its safety in that group.

Getting shots into arms is the big challenge, especially as a new poll from The Associated Press-NORC Center for Public Affairs Research found only half of Americans want the vaccine when it’s their turn. About a quarter say they won’t get it and the rest aren’t sure.

Political interference has complicated health authorities’ message that the testing was rigorous and cut no corners.

The FDA is unique in analyzing drugmakers’ raw data, a process that takes longer than many other countries’ regulatory reviews. In addition, the federal agency insisted that large COVID-19 vaccine studies track at least half the participants for two months to look for side effects, a time period when historically any vaccine problems appear.

AP contributed. The Associated Press Health and Science Department receives support from the Howard Hughes Medical Institute’s Department of Science Education. The AP is solely responsible for all content.