US Army to require active duty soldiers to be vaccinated by Dec. 15

“This is quite literally a matter of life and death for our Soldiers, their families and the communities in which we live,” said the U.S. Army Surgeon General. 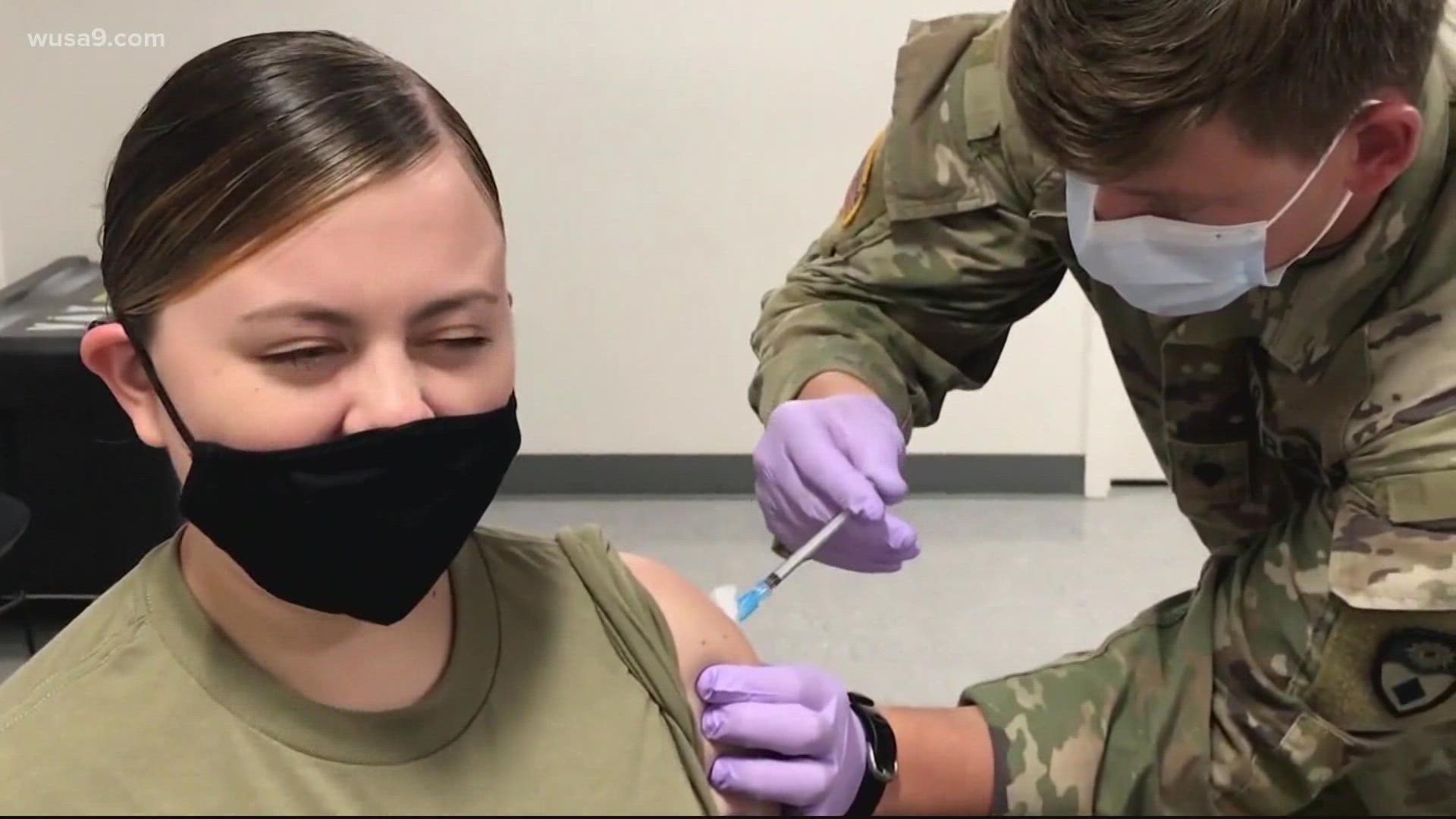 WASHINGTON — The United States Army on Tuesday announced it's beginning the process to comply with the Secretary of Defense’s order requiring service members to be fully vaccinated against the coronavirus.

Lt. Gen. R. Scott Dingle, the U.S. Army Surgeon General, said in a statement that the vaccine is "quite literally a matter of life and death for our Soldiers, their families and the communities in which we live."

He added: "Case counts and deaths continue to be concerning as the Delta variant spreads, which makes protecting the force through mandatory vaccination a health and readiness priority for the total Army.”

The U.S. Army said that soldiers who refuse to get vaccinated will first be "counseled by their chain of command and medical providers," but anyone who continues to not comply could face "administrative or non-judicial punishment – to include relief of duties or discharge."

However, anyone with a legitimate medical, religious or administrative reason for not getting the vaccine can request an exemption.

The Army added that anyone who previously tested positive for COVID-19 is not automatically exempt from getting fully vaccinated.

Members of the U.S. military are already required to get as many as 17 different vaccines, depending on where they are deployed. The requirements — which include shots for smallpox, hepatitis, polio and the flu — also provide for a number of temporary and permanent exemptions for either medical or administrative reasons.

The Navy and the Marine Corps said they have had zero religious exemption requests for other vaccines in recent years and the Air Force said there were few.