'Are they going to forget all about me?': Woman with 'PEG' allergy calls for prioritization for Johnson & Johnson vaccine

Moderna and Pfizer vaccines both contain a stabilizer called polyethylene glycol (PEG) or polysorbate, while Johnson & Johnson's does not. It is a rare allergy. 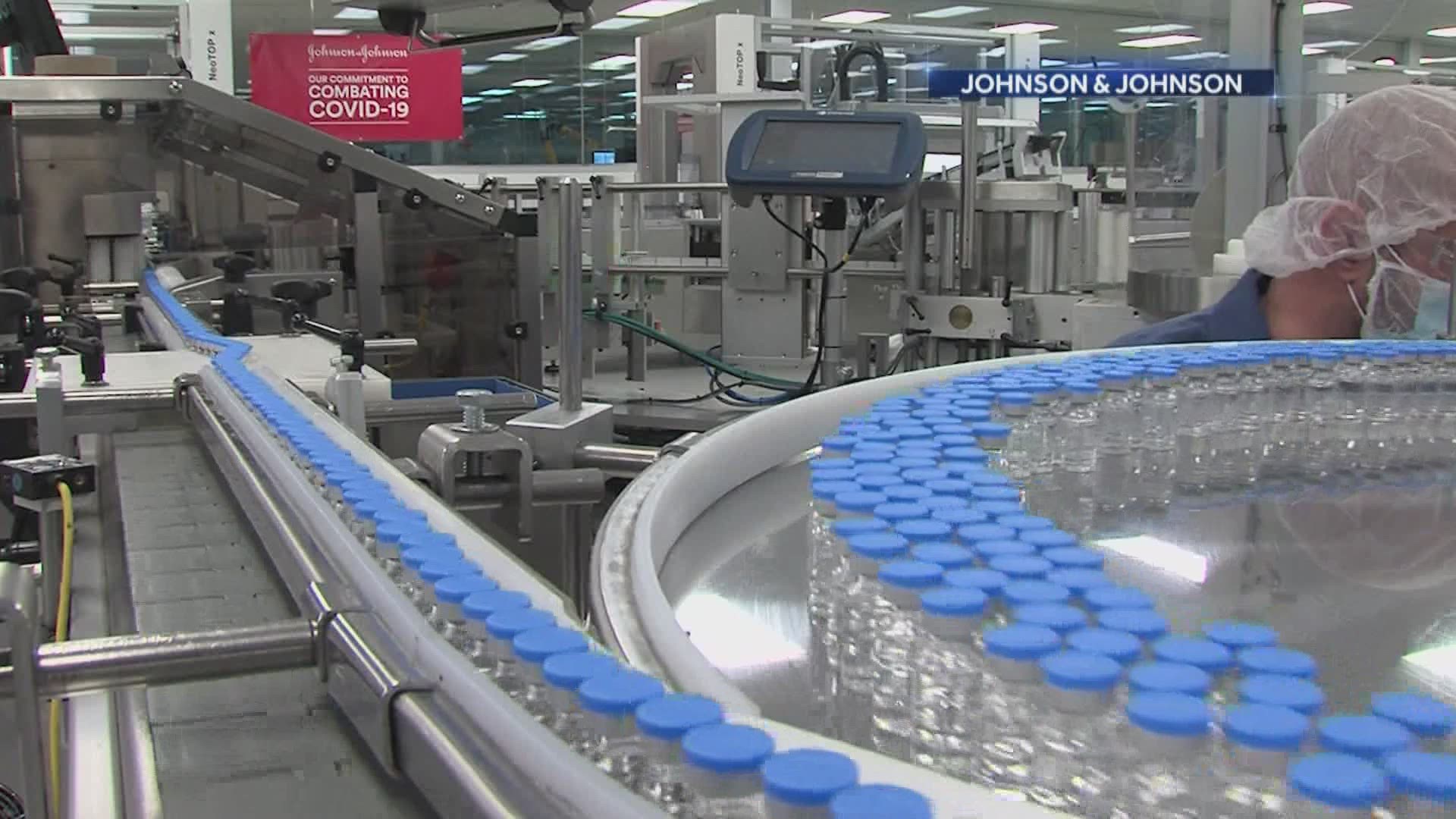 UPDATE: Susan Gillmor received the Johnson & Johnson vaccine on Friday, March 12, after finding a specific location distributing that vaccine and scheduling an appointment. She experienced the flu-like symptoms that some people report following vaccination, but no allergic reaction.

CORRECTION: Northern Light Health officials previously described "PEG" as a "preservative" when, in fact, it is technically a "stabilizer."

Public health leaders, like Dr. Shah and Dr. Fauci, say all three are safe and highly effective. They are urging folks to take whichever vaccine they're offered when it's their turn.

It's a sentiment that 71-year-old Susan Gillmor said she desperately wishes she could follow.

"I heard a national CNN reporter say, 'beggars can't be choosers, you have to take the first one you can,' and that just made me more depressed. It's like, but what if we can't!"

Gillmor said she was devastated to learn she is among a small group of people who cannot take the Pfizer of Moderna vaccines, because of an allergy to polyethylene glycol—known as "PEG" or "P-E-G." The CDC warns one of the main allergic worries for Pfizer and Moderna shots is PEG.

PEG is a polyether compound—rarely found in vaccines, but found in many medicines and cosmetics, including skin creams and laxatives. According to Northern Light Health, PEG is used in the two vaccines as a stabilizer.

While PEG allergies are rare, Dr. James Jarvis with Northern Light Health repeats the CDC guidance saying, "People who are allergic to PEG can't receive either the Moderna or Pfizer vaccine."

The good news— according to the CDC, Johnson and Johnson's vaccine does not contain PEG, and people with an allergy to it may be able to receive the J&J vaccine.

NOTE: The Johnson & Johnson vaccine does contain polysorbate, which is different than but structurally related to PEG. Therefore, J & J poses a slightly different allergic concern than the other vaccines.

The guidance the CDC is considering says that people who have a contraindication and are not advised to have an mRNA COVID-19 vaccine might still be able to get Johnson and Johnson after doctor consultation, and vice versa.

See the full list of the vaccine's ingredients here.

After looking at the vaccine ingredients, Susan GIlmor was eager to receive a Johnson & Johnson vaccine. However, there's no indication people like Gillmor have been flagged-- even by her own doctor-- to receive a dose.

"I'm afraid that with the few J & J vaccines Maine gets, they'll forget all about me. I feel like I keep falling through the cracks," Susan said.

At the state level-- there is currently no coordinated system that allows folks with specific medical conditions to be prioritized for a specific vaccine.

With this in mind, there is some precedent for people being flagged to receive a specific vaccine.

Dr. Jarvis said, "We do have some people who are between 16 and 18 who live in long-term care facilities for medical reasons, so we have had to preferentially get them Pfizer."

With a new vaccine out there that can be used by people with PEG allergies, Gillmore said she wants to make sure her needs, and those like her, are not overlooked.

"Are they going to forget all about me? I've been hanging in there and doing well, for the most part, this year, but somehow this has put me over the edge."

The CDC has not returned our request for comment on this story.