A new study, published in Science Magazine says we should be vaccinating people ages 20-49 since they are mostly responsible for spreading the disease. 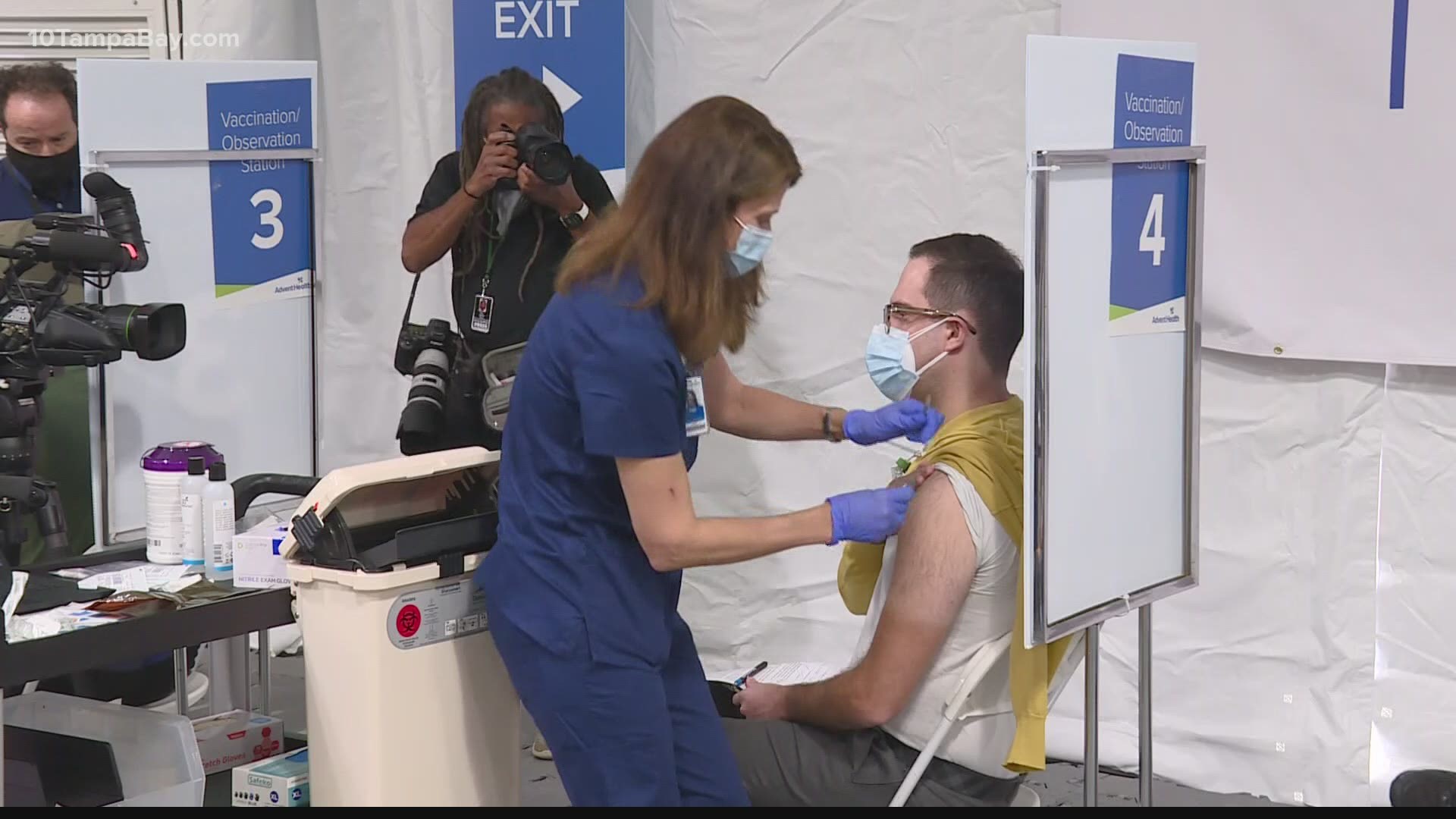 TAMPA, Fla. — Right now, Florida is following Phase One of its plan to vaccinate.

It includes residents and staff of long-term care facilities, people 65 and older,  and frontline healthcare workers. But, could a different approach be more effective at slowing the spread?

This new study, published in Science Magazine, says we should be vaccinating people ages 20-49 since they are mostly responsible for spreading the disease.

We asked USF public health expert, Dr. Jay Wolfson, about this approach and he said there are some issues with it.

"There's not enough vaccine to do this so until we get enough vaccine, the idea of giving it to more people only creates more anxiety," Wolfson said.

Plus, the current policy of vaccinating our older residents is likely preventing more deaths from COVID-19, even if it doesn't slow the spread as quickly as if you vaccinated younger people first.

Recent polls have shown that the younger age groups may be more hesitant to even get the vaccine.

We may get to see how well this plan actually works though. Indonesia announced in December they will prioritize younger healthcare and essential workers first.

RELATED: How many people have been vaccinated? Tracking Florida's path to herd immunity

Florida should begin Phase 2 of its vaccination plan next month, targeting essential workers and anyone at risk of severe illness.

After that Phase 3 is open to the general public, but that likely won't happen until late spring or summer.