As states have shifted to remote voting, following health officials recommendations on safety, Trump has sought to limit access. 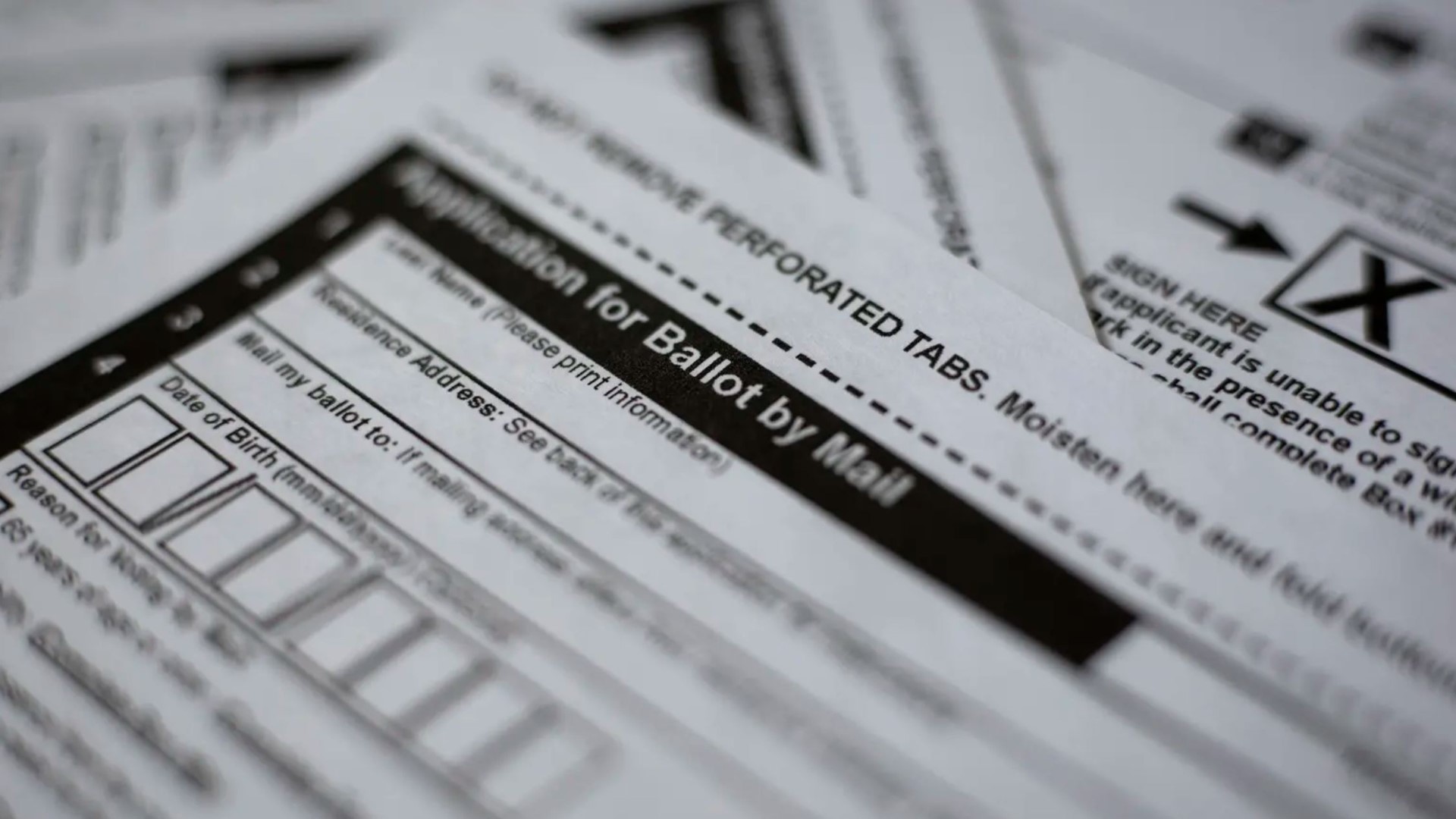 WASHINGTON — President Donald Trump on Wednesday threatened to hold up federal funds for two election battleground states that are trying to make it easier and safer to vote during the coronavirus pandemic. He backed away from that threat but stuck with his unsupported claim that widespread voting by mail promotes “a lot of illegality.”

The president targeted Michigan with an inaccurate tweet on its voting plans and also went after Nevada in the latest — and the most confused — episode in his campaign against mail-in voting.

As states have shifted to remote voting, following health officials recommendations on safety, Trump has denigrated the practice and sought to limit access. He has said repeatedly, without evidence, that mailed ballots allow widespread fraud and has worried publicly that wide availability could lead so many people to vote that Republicans would lose in November. His GOP allies, meanwhile, have fought changes to voting in court and opposed funding to expand mail-in voting in Congress.

Wednesday marked the first time Trump has tried to use federal aid money to beat it back.

Trump began by going after Michigan, misstating Democratic Secretary of State Jocelyn Benson's announcement that she would send applications for absentee ballots to every voter in the state. Though Republican secretaries of state have taken this step elsewhere, Trump pounced on the move in a state key to his reelection hopes.

“Michigan sends absentee ballots to 7.7 million people ahead of Primaries and the General Election,” Trump tweeted Wednesday morning. That brought strong criticism from Democrats in Michigan and elsewhere, pointing out that the state was sending applications, not actual ballots, an error the president corrected in a subsequent tweet six hours later. He stuck with the rest of his tweet: “This was done illegally and without authorization by a rogue Secretary of State. I will ask to hold up funding to Michigan if they want to go down this Voter Fraud path!”

Trump later tweeted a similar threat to pull back funds from Nevada, which has sent ballots to voters for its June 9 state primary. A federal judge recently cleared Nevada's decision to mail ballots, which were sent by the Republican secretary of state.

It was not clear exactly what funds Trump was referencing, but the states are paying for the voting changes with federal aid intended to support elections during the pandemic. By Wednesday evening, Trump told reporters he had spoken with Democratic Michigan Gov. Gretchen Whitmer and did not think funding would have to be cut.

“I don't think it's going to be necessary,” he said, adding that he stood by his opposition to mail voting. “Voting is an honor. It shouldn’t be something where they send you a pile of stuff and you send it back."

Trump himself has requested an absentee ballot to vote in Florida.

Trump's tweets and statements came the day before he is slated to visit Michigan to tour Ford’s ventilator assembly plant in Ypsilanti. The state is one of three Rust Belt states that helped deliver his 2016 victory. In recent months, it has become a national hot spot for the coronavirus and watched its economy collapse, both factors contributing to what Trump's advisers see as a shift toward Democrats.

The president's comments appeared to reflect growing GOP concerns that Democrats' swift embrace of mail-in voting will give them an edge in November. Some key Democratic areas have moved to make it easier for voters to request ballots, while Republican areas have not. And even though Trump's campaign encourages absentee voting, along with several state Republican Party officials, GOP voters, like Trump, have expressed growing skepticism.

Democrats noted Trump seems more concerned about mail-in voting in battleground states and has not threatened Republican-dominated states that are doing the same thing as Michigan. West Virginia Gov. Jim Justice, an ally of the president, noted Wednesday he's concerned about Trump’s threats even though his administration approved mailing absentee ballot applications to all registered voters in the state.

“I can’t imagine that the president is going to withhold funding in any way to West Virginia; that’s not going to happen,” Justice told reporters.

On Monday, before Trump's Twitter threat, the Republican National Committee sought to clarify its position on vote by mail, arguing that the party opposes mailing ballots to every voter, as Nevada has done, but does not oppose mailing applications, as Michigan did.

“I don’t really have an issue with absentee requests forms being sent to voters,” RNC Chair Ronna McDaniel said.

Republicans’ claims that mailing ballots to all voters creates widespread fraud is not backed up by evidence from the five states that use this method. None has had significant voter fraud cases.

The White House referred questions about the president’s tweets to Trump’s reelection campaign. Trump campaign spokesman Tim Murtaugh asserted “there is no statutory authority for the secretary of state in Michigan to send absentee ballot applications to all voters" — an argument some Michigan Republicans have also made. Murtaugh did not address whether Republican secretaries of state elsewhere were similarly constrained.

The GOP-controlled U.S. Senate has so far stopped Democrats from mandating expanded mail and early voting as part of coronavirus relief bills, arguing that states should make decisions on their own election systems. The battle has largely moved to the courts, with Democrats filing at least 17 lawsuits to force states to expand their programs.

Hours after Trump tweeted Wednesday, he sent another message to Michigan. The state is grappling with severe flooding in one county after two dams failed, forcing thousands to evacuate.

Three hours after threatening to hold up federal funding to the state, Trump tweeted: “My team is closely monitoring the flooding in Central Michigan – Stay SAFE and listen to local officials. Our brave First Responders are once again stepping up to serve their fellow citizens, THANK YOU!”