Convention events will still be held in North Carolina as cases of coronavirus spike in Florida. 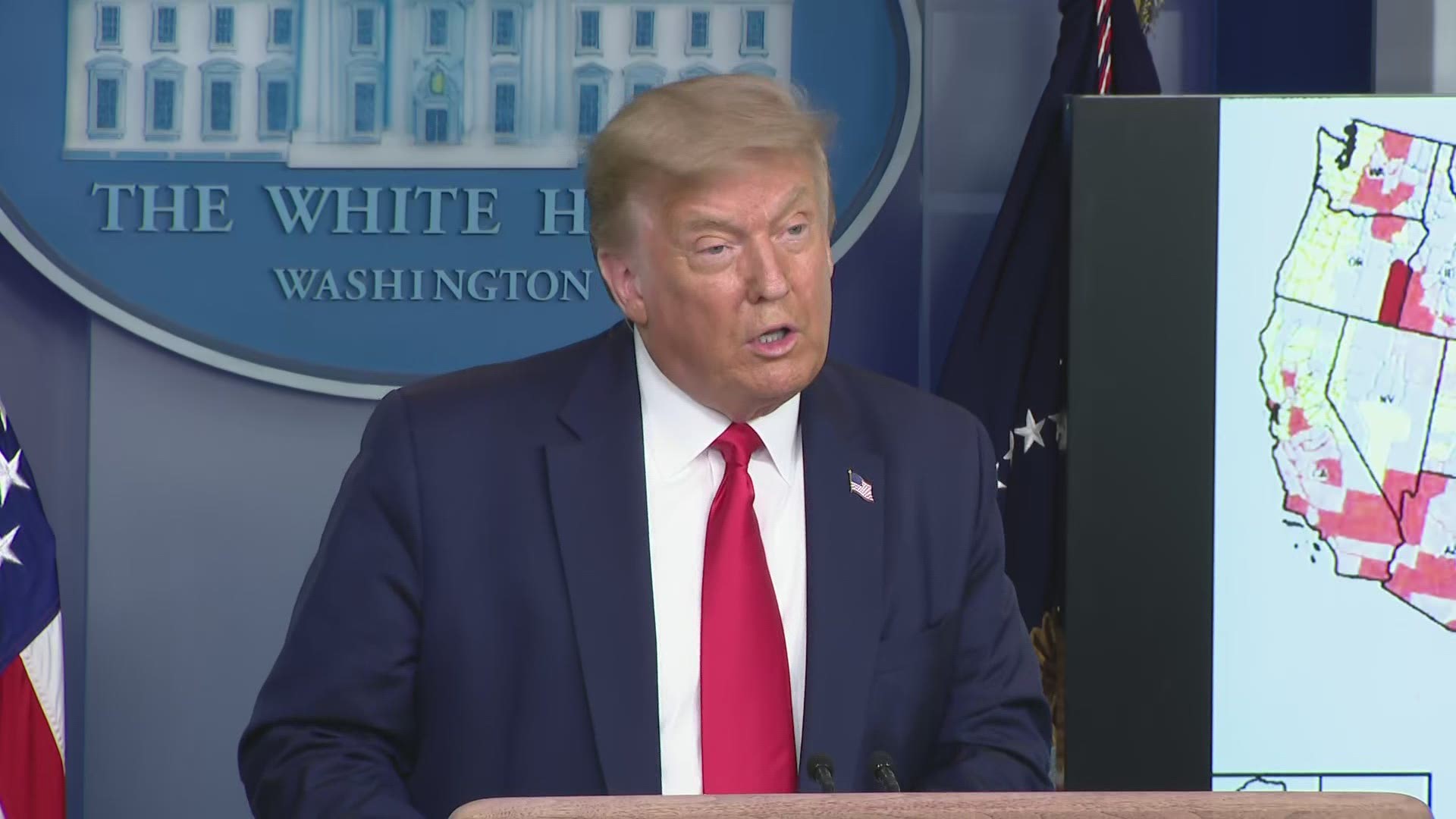 WASHINGTON — President Donald Trump announced Thursday that he has canceled segments of the Republican National Convention scheduled for Florida next month, citing a “flare-up” of the coronavirus. Convention events will still be held in North Carolina.

“To have a big convention is not the right time," Trump said of Jacksonville.

Trump moved parts of the GOP convention to Florida last month amid a dispute with North Carolina’s Democratic leaders over holding an event indoors with maskless supporters. But those plans were steadily scaled back as virus cases spiked in Florida and much of the country over the last month.

A small subset of GOP delegates will still gather in Charlotte, North Carolina, to formally renominate Trump on Aug. 24. Trump said he would deliver an acceptance speech in an alternate form.