Transportation services in Maine to resume with new safety measures

After limited or no service for months, transportation services in Maine are picking up again with new protocols to protect passengers. 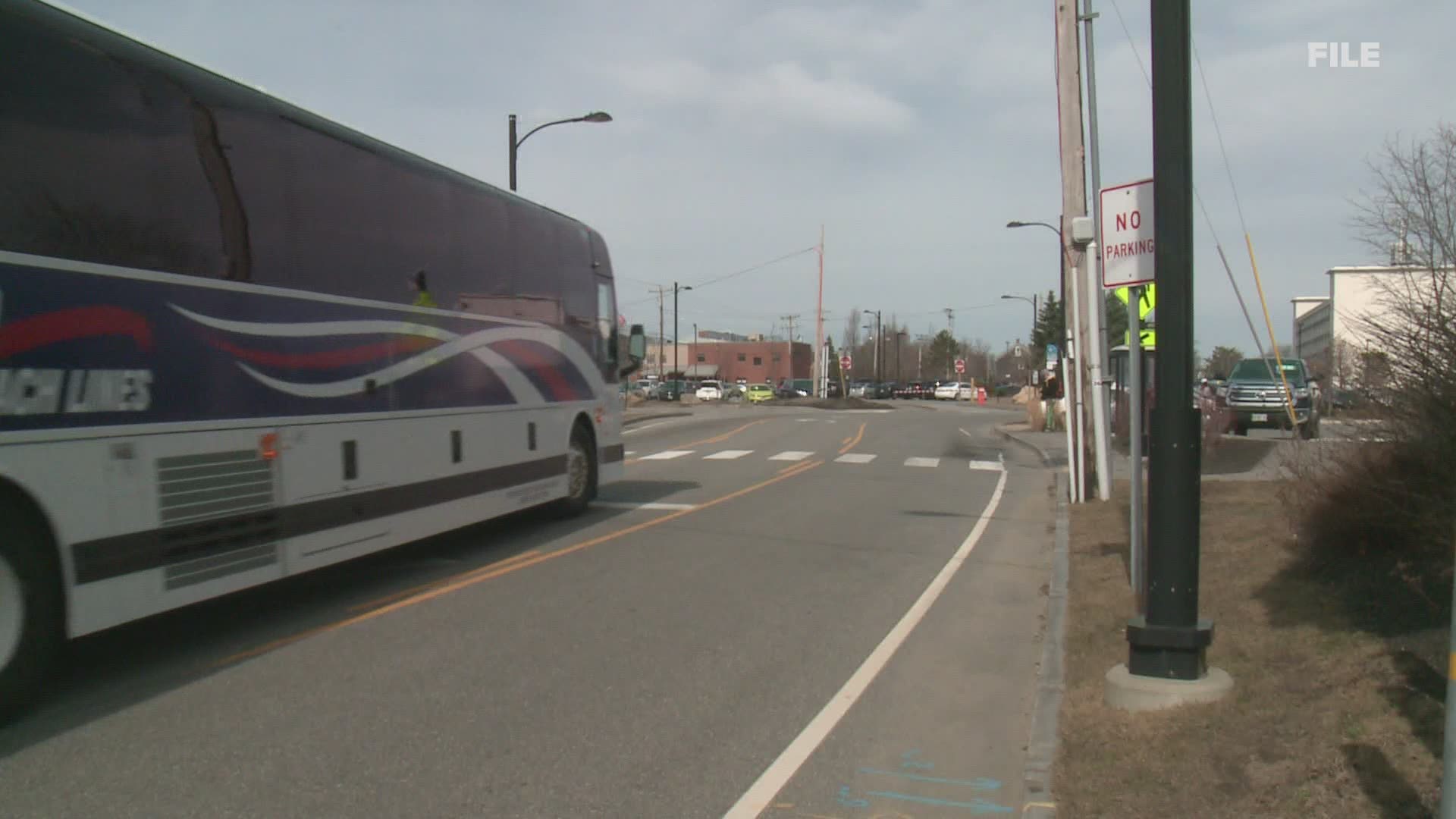 PORTLAND, Maine — Who knew the sound of a coach bus could serve as a sign of a sense of normalcy?

This, after travel as we knew it came to a screeching halt.

For example, Amtrak says before the coronavirus hit Maine, there were more than 42,000 riders on the Downeaster in February. In March, just half of that amount and then just a few hundred in April. By May there were zero riders when services were suspended.

"It was the best January and February we ever had," said Benjamin Blunt, the Vice President of Concord Coach Lines about ridership.

"And it dipped and the middle of march it fell off a cliff."

After suspending service in New England months ago, Concord Coach Lines will be back in operation on August 16.

Blunt said there are new safety protocols in place and significant upgrades were made to the fleet which includes plexiglass dividers between rows of seats that cost $1,000 per bus.

"We want to make sure that we aren't cutting any corners," he said. "If that means we have to spend a few bucks then that's what we have to do, so, we feel strongly that the Plexi dividers provide a strong peace of mind and one more layer of protection for folks."

Downeaster services have also picked back up with new safety protocols. Amtrak is also limiting the number of bookings per trip to allow for physical distancing.

Bangor International Airport has released a video to show some of its new safety protocols in action.

"We're open, we're safe, and we're ready for you when you decide to come back and travel."

For the bus, services in the Greater Portland area, South Portland, Biddeford, Saco, and Old Orchard Beach are working towards restoring full service.

Riders do not have to pay a fare – and won't have to for a few more weeks as the three local bus agencies are working to release a new electronic fare system.

No matter the type the travel experience will look different than before as we navigate a new normal.

ROAD TRAVEL BY THE NUMBERS

Usually, the first two weekends in August are the busiest. This past weekend, traffic was down 21 percent.

The first two weekends in August are usually the busiest for the Maine Turnpike. This past weekend, traffic was down 21%. Overall, year to date traffic is down 25% from 2019. #NEWSCENTERMaine photo: AP Images pic.twitter.com/by7jhl2bOm