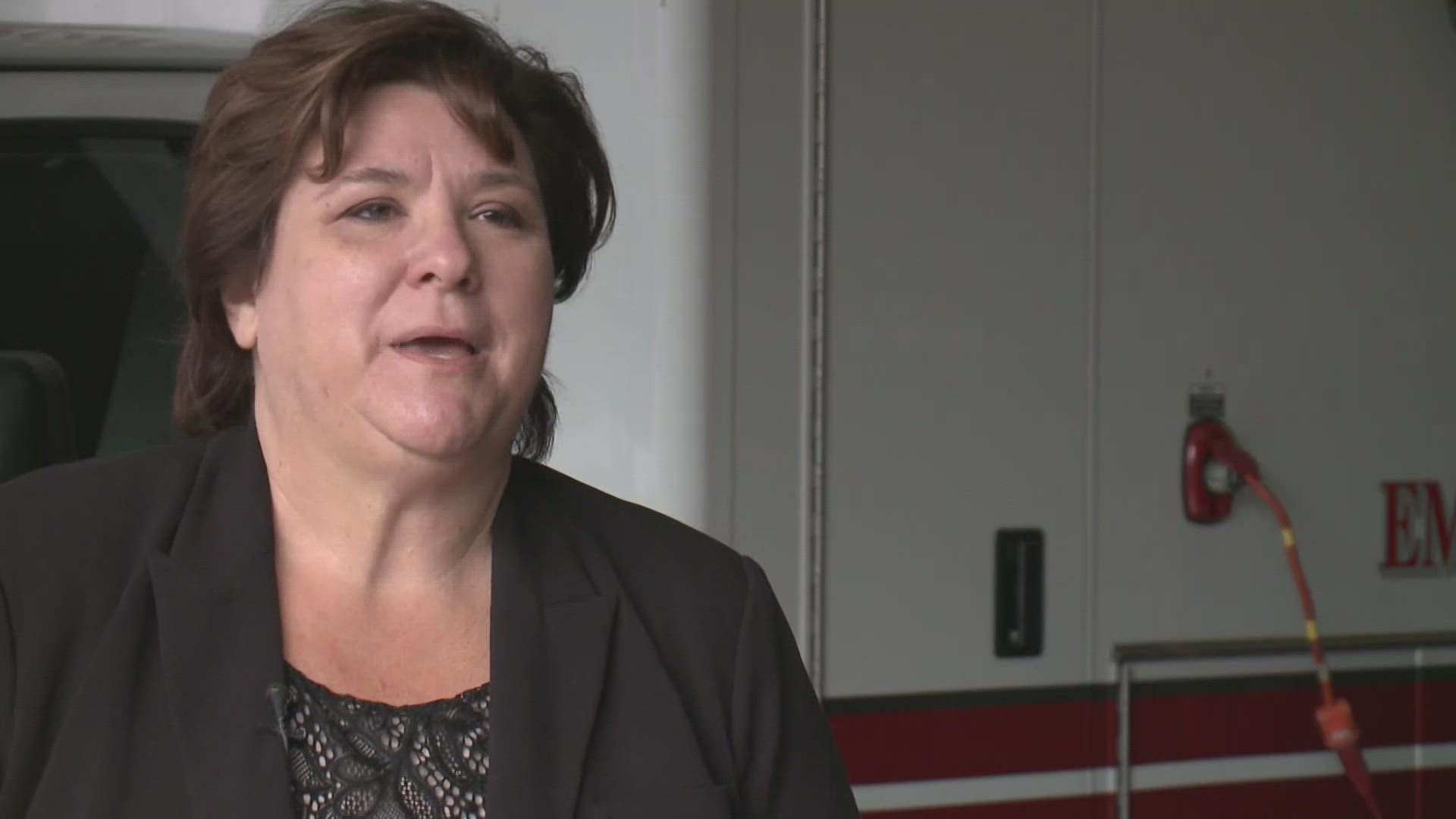 WALDOBORO, Maine — The town manager of Waldoboro delivered a stern warning this week to town officials:  when it comes to the town's ambulance service, they're in a crisis because of a shortage of emergency medical staff (EMS).

"We're not just facing a crisis, we're in it," said manager Julie Keizer.

One of the primary reasons for that crisis, she said, is the state's COVID vaccine mandate for health care workers, including those in the town's ambulance service.

Waldoboro EMS serves that town and two others. Keizer says they were already having problems with staffing, the same as nearly every EMS service in the state, but the vaccine mandate is making it worse.

Like most police and fire departments, EMS departments have been facing significant challenges retaining and recruiting staff.  Waldoboro EMS director Richard Lash says the COVID pandemic has taken a toll on all of them. An increased workload, extensive COVID safety precautions and the stress of being exposed to the virus are all causing issues.

On top of those problems, pay for EMS workers in Maine has been low –Waldoboro pays just over $15 an hour for basic Emergency Medical Technicians (EMTs) and less than $20 for paramedics. Those pay levels are similar to other EMS services in Lincoln County.

The combination, Lash and Keizer said, is causing real headaches for Waldoboro.

"Its an every day struggle for me. I just try to keep the schedule to make sure somebody is going to be here," said Lash, who added that he had worked over 100 hours each of the last two weeks to fill in gaps. He says the town has about 16 EMTs and paramedics who take most of the shifts each week, so losing three of those people will have an impact.

Keizer said the state vaccine mandate is having an unintended effect.

"I think part of the problem is everybody thought they (workers) would conform, because nobody wants to lose their jobs. But when you look at the rate of pay for emergency workers, they can make more delivering packages than patients."

But in Lincoln County, at least, Waldoboro appears to be an outlier regarding the vaccine mandate problem.

Officials in central Lincoln County ambulance and the service in the Boothbay area both said all of their workers are vaccinated. Wiscasset's town manager said that to date, they only know of one town EMS worker refusing to be vaccinated.

Maine EMS director Sam Hurley said current data shows more than 90% of workers statewide have been vaccinated, and final reports from the many services are due Monday.

"The data we see so far doesn't support the mass exodus we have heard about prior to this date," he said.

Hurley also said the longstanding staffing and salary problems appear to be more of an issue than anything related to the vaccine mandate – saying Lincoln County EMS seems only to have four workers refusing the vaccine.

"I'm not denying there may be people who leave the workforce related to this rule, but I am saying that, based on the data we have seen indicating four for the entirety of Lincoln County, I'm trying to better understand the problem."

Keizer and Lash said for their town; the problem is a simple lack of people and a worry the pool of area EMS workers isn't large enough to cover all the needs.

She says the town needs to pay more and is working on it, as are the other services.

"I think we could hold our own," Keizer said. "But losing three is going to be too difficult. There's going to be gaps, there will be a gap tomorrow night. We had a gap for tonight but somebody called."

Other EMS directors say all the services in the county face the same challenges and try to help each other fill in the gaps as best they can.