The bright red holiday plant is often sold as a fundraiser through churches and schools. As the pandemic wears on, those fundraisers are canceled. 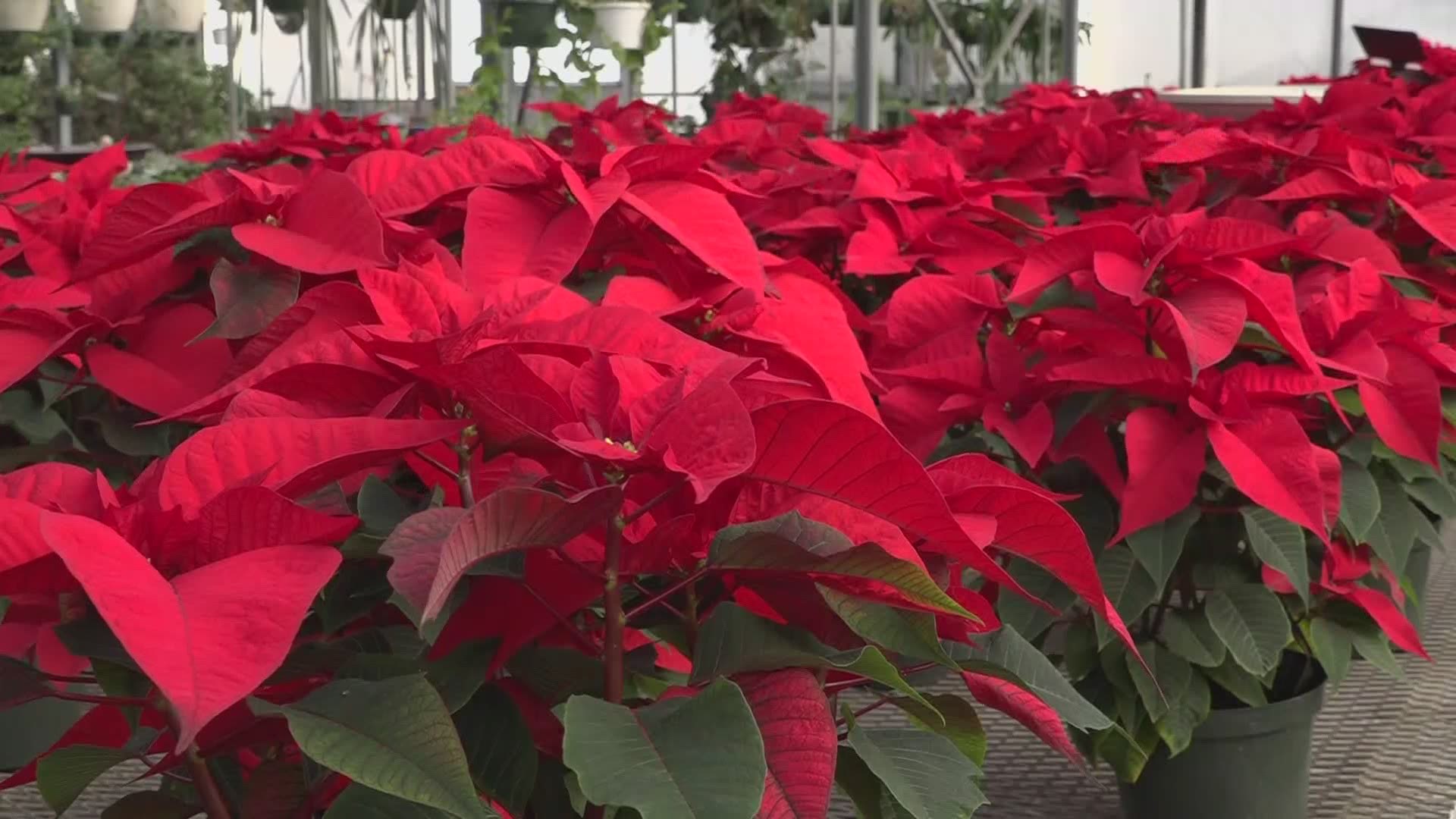 Ellis and his family own Sunset Flowerland and Greenhouse in Fairfield with four generations still working there. This year, the family has too many poinsettias.

"90% of the poinsettias that we grow are for fundraisers through churches and school," Ellis said.

He added that he typically orders the holiday flower in January and plants it in July. When he ordered last January, COVID-19 had not yet changed how we live our everyday lives and in July, Ellis said he remembers the numbers appearing to go down and he was hopeful that some of these fundraisers would go on as planned.

Poinsettias are often sold as fundraisers for area churches and schools but because of the pandemic, many fundraisers are canceled. Leaving some greenhouses with too many poinsettias #NEWSCENTERmaine pic.twitter.com/WCTXJyjMSE

So now, Sunset Flowerland will be donating part of the poinsettia's profit to area groups including The Maine Children's Home for Little Wanderers, local homeless shelters, and assistance for water prices that have gone up in the Fairfield area.

While Sunset Flowerland has too many poinsettias, the folks at Skillin's greenhouse in Falmouth aren't seeing the same problem this year, but they are seeing people but their holiday trees earlier than normal.

"I think people are ready to go for Christmas," Chad Skillin said. "And people aren't traveling this year so more people are going to be buying a tree."

Skillin added that he and his family business have seen a few area churches not buy poinsettias this year, but it hasn't caused too much of an issue for them.

Greenhouse owners say they have to plan ahead in order to grow their crops, at Sunset Flowerland, Ellis said he likely won't be planting very many Easter lilies this spring after last yea all the churches were closed due to covid-19.