'This ruling is unacceptable': Governor's office responds to frustration over religious gathering guidelines 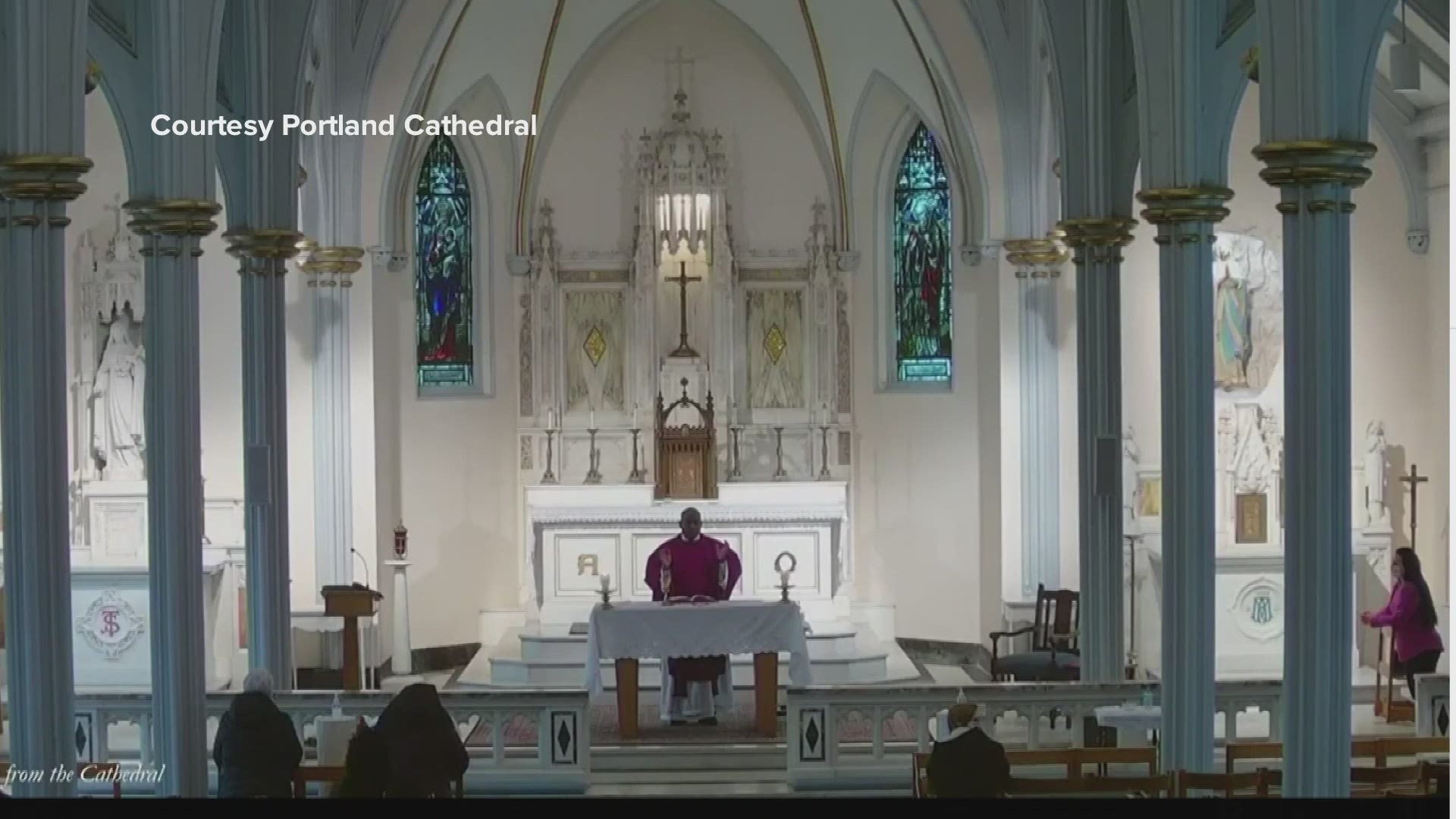 PORTLAND, Maine — On Ash Wednesday, there would have normally been hundreds of worshipers at mass inside Portland’s Cathedral of the Immaculate Conception. This year, according to Bishop Robert Deeley, there could be no more than 75, because of Governer Mills updated religious gathering guidelines.

“Am I disappointed? I’m disappointed for the people who I talk to who would like to go to church,” Deeley told NEWS CENTER Maine on Thursday.

On Friday, Feb. 12, Gov. Janet Mills announced the new guidelines for places of worship across the state.

The new limits indicate how many people can be in a house of worship at the same time. The old limit was one person per every 1,000 sq. ft. or 50 people total, whichever number was smaller, but the limit was increased to five people per 1,000 sq. ft or up to 50 people, whichever is greater.

In a statement released on Thursday, Feb. 18, Deeley voiced his frustration with Mills' updated guidelines.

“This ruling is unacceptable and does nothing to provide relief to our parishes and parishioners. Many Maine Catholics who were frustrated by the previous limits are now perplexed and upset. The governor must reconsider this and go to a percentage model,” said Bishop Robert Deeley. “Vermont, New Hampshire, Connecticut, and other states have been and continue to be at 50% capacity for worship services. Over 30 states have no capacity restrictions for worship. We have asked for even 25%, but the governor’s office will not engage in a discussion on why that makes sense. This ruling, though sold as an ‘expansion,’ provides no real advance for the vast majority of the state.”

Lyndsay Crete, spokesperson for Governor Mills responded to NEWS CENTER Maine, "It is false to assert that the Governor’s Office has not engaged on this topic. The Governor’s Office has spoken multiple times with representatives of the Archdiocese, along with other faith communities, over the past several months. Their opinions were heard and taken into consideration; the Bishop simply disagrees with the result."

According to a spokesperson for the Roman Catholic Diocese of Portland, Dave Guthro, of Maine's 141 Catholic churches, less than 10 will see an increase from the current capacity levels despite many worship spaces exceeding 20,000 square feet.

NEWS CENTER Maine spoke with Father Daniel Greenleaf who serves The Basilica of Saints Peter and Paul in Lewiston when the guidelines were updated on Feb. 12 and he also voiced his frustration.

"I don't know why we are treated any differently than New Hampshire or Vermont," he said.

In New Hampshire and Vermont, religious gatherings are capped at 50 percent capacity, and in Massachusetts, it's 40 percent.

The statement from Bishop Deeley was released the day after Ash Wednesday which marks the start of Lent, a period of intense spiritual renewal for Christians who prepare to celebrate the commemoration of Christ’s passion, death, and resurrection.

“To watch as Catholics are stopped from entering some of our churches, with capacities over 1,000, because they are the 51st and 52nd person is not right, particularly during Lent,” said Bishop Deeley. “Our parishioners have suffered enough. We ask that the governor consider the mental and spiritual needs of Mainers, in addition to her other considerations.”

The governor’s office defended the decision, saying in a written statement, “The Executive Order applies this standard in a fair and equitable manner consistent with public health restrictions on other venues across Maine, namely retail space.”

At Thursday’s CDC briefing, Health and Human Services Commissioner Jeanne Lambrew said being at the same level as retail was their goal.

“But the action take last week was taken in response to concern about equity which that order addressed,” Lambrew said.

But Bishop Deeley maintains the real issue is that nearly a year after the pandemic first hit Maine, most Catholics still can’t attend mass, but need to.

“Because this period is depressing and dark enough. Let’s acknowledge our spirituality, and who we are as religious people has a role to play in helping us to deal with this.”

For now, as Catholics begin the season of Lent –a time when the Bishop said many look to attend mass often- the restrictions appear unlikely to change.