‘This isn’t a joke’: Maine family diagnosed with coronavirus says last two weeks have been ‘miserable’

The Swett family says it feels like they have the flu and a cold at the same time and their symptoms aren't getting any better. 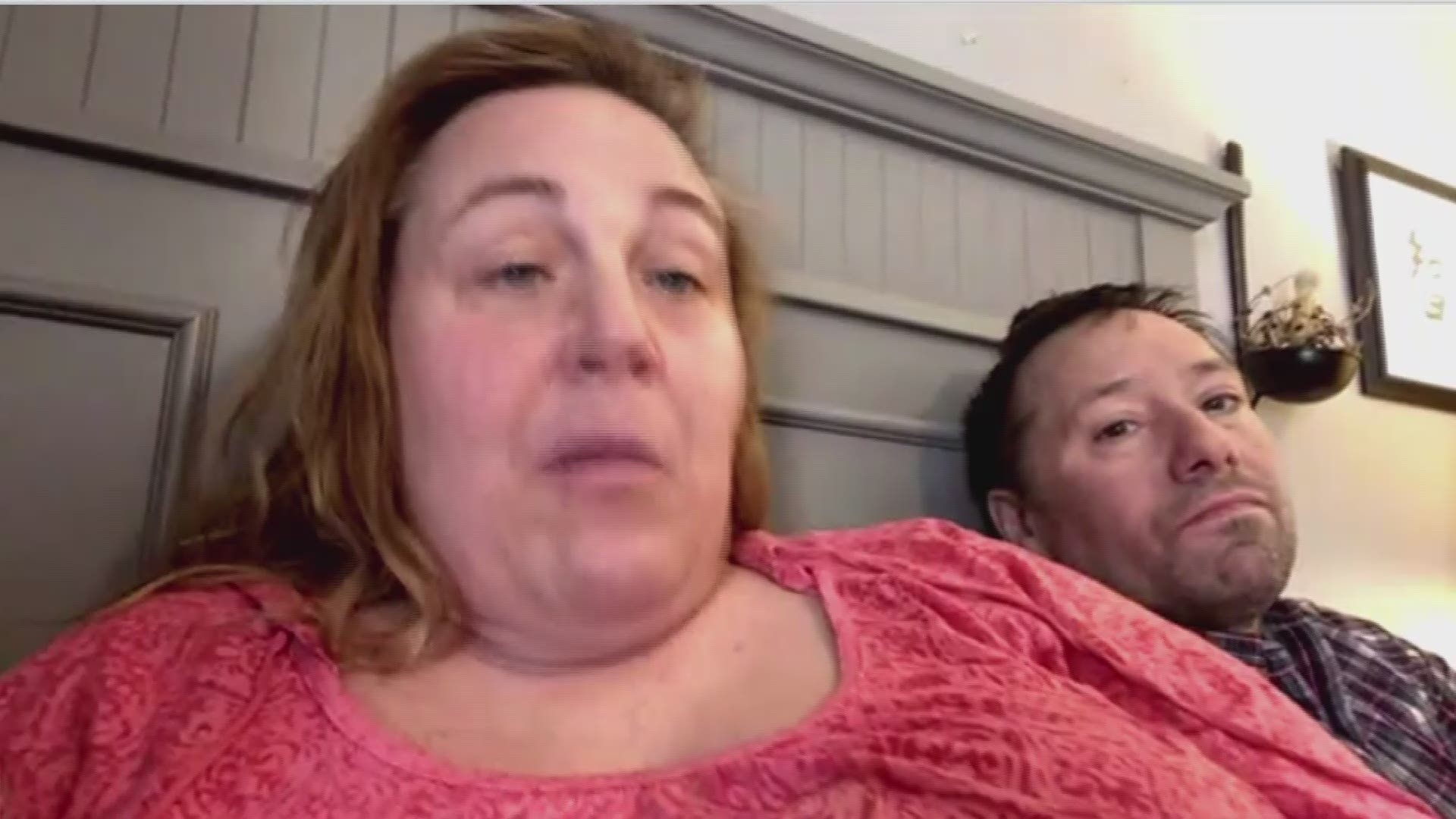 MAINE, Maine — Melissa Swett has a message for anyone not taking the coronavirus and precautions surrounding it seriously – ‘this isn’t a joke’.

Earlier this week, the 47-year-old learned she, her husband Joe and 25-year-old daughter Allie had tested positive for coronavirus. On top of that, Swett said the doctors are 99 percent positive all five people in the home have the virus, including the Swett’s 12-year-old daughter.

“They told us not even to bring our other daughter and Allie's boyfriend in for testing because more than likely they have it,” Swett said.

Swett said her husband started feeling sick last week, shortly after she and her daughter were not well either.

The family said the symptoms started to build on top of each other. What started as a small cough turned into a sore throat, fever and soon after that, digestive issues.

Their daughter Allie said the sore throat and headaches have been particularly painful. She said her throat is so swollen she can hardly swallow.

Swett said even simple tasks like walking from one room to another are exhausting. They described it as having the flu mixed with a cold but much worse.

RELATED: Some ‘non-essential’ businesses are adapting in order to stay open while adhering to Gov. Mills' coronavirus mandates

Last Wednesday, the family called their doctor and were told to go to Maine Medical Center for testing. Swett said they called the hospital to let them know they had arrived and waited for a call back. What happened next reminded her of something out of a movie.

“It’s the weirdest thing I’ve ever seen, they call you and tell you to come in the building, then they come to the door in complete hazmat outfits,” Swett said. “They wash the building down the minute you come in, hand you a mask… and they take you into a room that’s completely sanitized, and they do the nose test.”

Swett said she received a call Tuesday letting her know all three tests had come back positive. Despite a whole week passing, Swett said she and her family are still just as sick.

She said they are sleeping more than ever and can really only find relief by lying down.

“You know when you have the flu and you wake up maybe 24 hours later and you’re like ‘yeah I don’t feel great’ but you can tell that it’s going away? There’s no relief with this, the coughing is non-stop,” Swett said. “I’ve had four C-sections, back surgery, strep throat – I would take all of those over this.”

Earlier this week, Swett urged her Facebook friends to take the virus seriously, sharing with them her symptoms and family’s struggles. Now, she wants everyone in Maine to hear her advice as well – sanitize often, practice social distancing and if you don’t have to go out – stay home.

“It's not a joke, you could die – it's scary,” Swett said. “Yeah, you're stuck at home and yeah, you have to stay away from places, but it's worth it if it will make this go away.”

The family said they are so grateful to their church for the support they have received. Swett said all they've been told they can do now is let the virus take its course.

RELATED: COVID-19 causing some businesses to close for good