They're names, not numbers: Family of Jerry McLean remembers a man who was a 'literal angel on earth'

Jerry McLean passed away due to COVID-19 on Nov. 21. On Tuesday, his family honored his life by sharing stories, memories, and provided caution about the pandemic 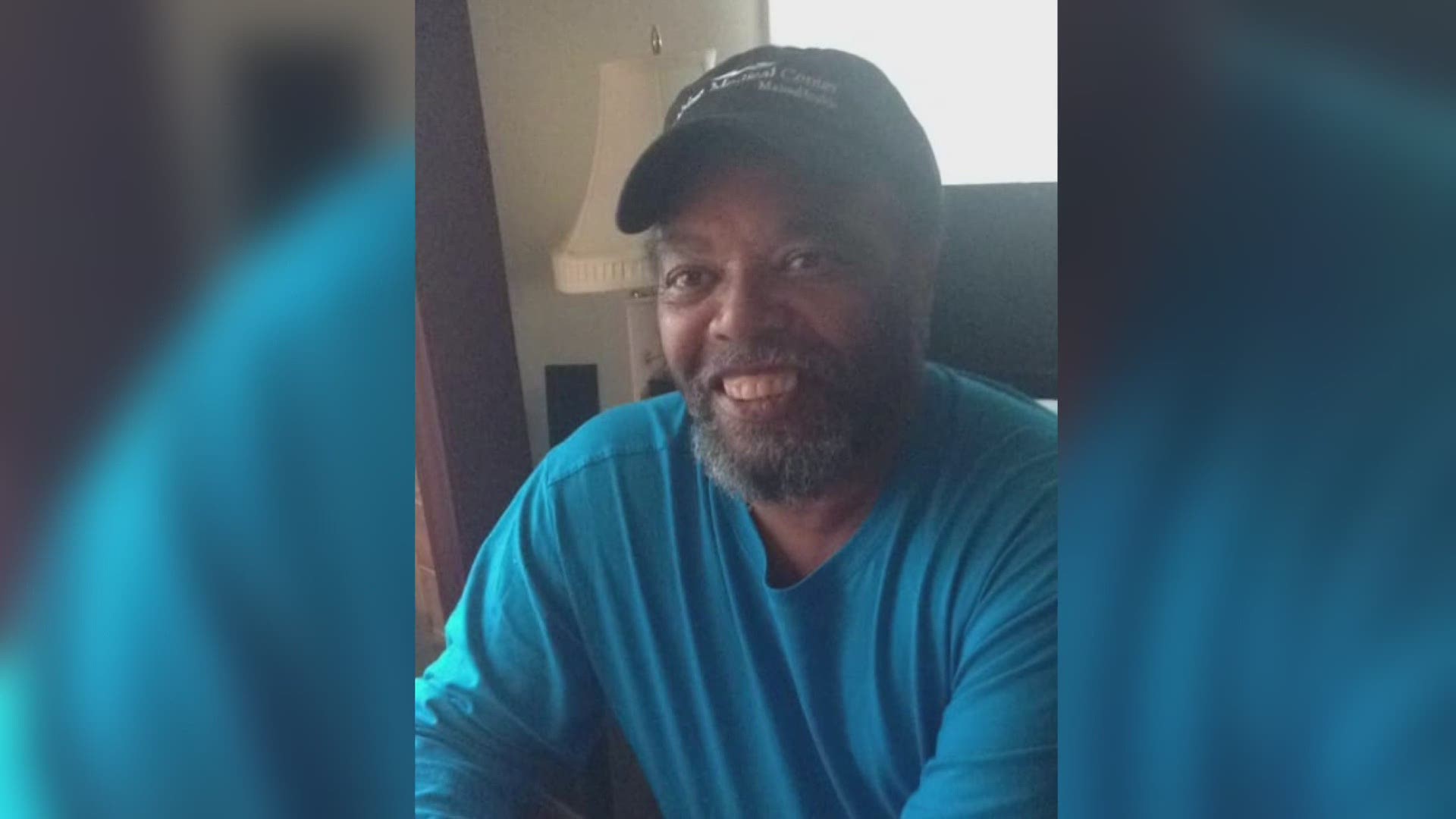 On Tuesday, the Maine Center For Disease Control and Prevention (CDC) reported 12 additional deaths, bringing the total number of 189 Mainers who passed away from the virus since March.

To many of us, the numbers look like exactly that. They're figures and data points. But to the families, friends, and loved ones of those who have been taken by the pandemic, the numbers are names.

Jerry McLean is one of the Mainers who died due to COVID-19. The North Carolina native passed away over the weekend after testing positive for the virus on Nov.12.

His wife, Carla, and one of his daughters, Deondra Thistlewood reflected on the life of a man who was larger than life.

Carla said she first met Jerry when he stopped in at the grocery store she worked at. After he chatted with her co-worker, fate ran its course.

“He’s so cute, he was very personable and everything and she hooked us up and it was like love at first sight," she said.

They were soul mates.

Although he is an adopted Mainer, Jerry embodied everything that is good about Maine. He cared about everyone, even strangers. His daughter Deondra said he was a literal angel on earth.

“He just loved people in general, he loved everybody, he would give his shirt off his back for everybody, he didn’t know a stranger he was super generous, loving, kind," she added.

Jerry was a member of the Anah Shriners and the Maine Masonic Charity Foundation, devoting his time and energy to children in hopes of providing laughter and good vibes along the way.

The multi-talented musician was known for his dance moves, whether it was at his wedding or an outdoor concert in the backyard.

McLean was such a beacon of energy and hope that it was easy for Carla to tell when he wasn't feeling well.

“His hands were always toasty warm, he was just like a furnace, so when his hands and feet were cold, I knew there was something not right," she said.

The two had been caring for Carla's parents in Cherryfield for the last few months, they thought the 'sickness' they had been feeling was fatigue and exhaustion after working on adrenaline for weeks.

When the two tested positive for COVID-19, they knew it was serious.

“Don’t assume that it won’t happen to you, because it can. We did assume that. We didn’t think that it would never hit home, it did," Carla added.

“I dropped him off thinking he was going to come home, I didn’t even get to kiss him goodbye," Carla said.

For the next six days, Jerry did not come home. He stayed in the hospital until he transferred to Maine Medical Center because he needed more serious medical attention.

On Nov. 18, Jerry was hooked up to a ventilator with other machines keeping organs healthy enough to survive. Three days later, he passed away.

“It was one of the hardest things I’d ever have to do honestly. I never thought that first saying goodbye to my father, then saying goodbye from a computer," Thistewood said.

Thistewood and Jerry's eight other children faced the cruel reality of losing a loved one during the pandemic. Daughters and sons can't hug dad goodbye due to visitor limits at hospitals, instead, it was a zoom call.

Carla was able to spend 90-minutes with her husband in the hospital before he passed.

“His life was cut too short, he had a lot of life to go and this virus stole it from him," she said.

Jerry McLean was a man larger than life and his loved ones hope that sharing his story will honor his life and provide caution as we continue to navigate this pandemic.

It would be what Jerry would want, Carla and Thistewood said.

“We just ask everybody to take it seriously because we didn’t think it’d happen to us and it did, and it did. And it can happen to anyone, this virus is not a joke, not a joke," Carla said.

“This virus is very real that’s for sure," Thistlewood added.

To make matters worse, Carla lost her father earlier this month. She mentioned the family hasn't held services yet due to COVID restrictions, but plans are already in the works to honor Jerry.

If he wasn't singing, dancing, or volunteering, he was driving ambulances for local Maine fire departments and hospitals. Just another way this man gave back to his community.

The McLean family is planning a tribute parade for Jerry on Dec. 5. The parade will feature paramedics, fire trucks, and ambulances to honor the man they love.

Carla added it is one last way for the countless number of people Jerry knew and made laugh to pay their final respects.

With tomorrow comes new numbers and new data. Additional deaths may be reported in the coming weeks, but if you haven't already, think of those numbers as a name because Jerry McLean and the 188 other Mainers who passed, will never be a number.