‘There will be consequences’: COVID-19 outbreak at UNE linked to off-campus gathering

The University of New England has three positive cases and 22 students in quarantine following an off-campus gathering with no masks or social distancing. 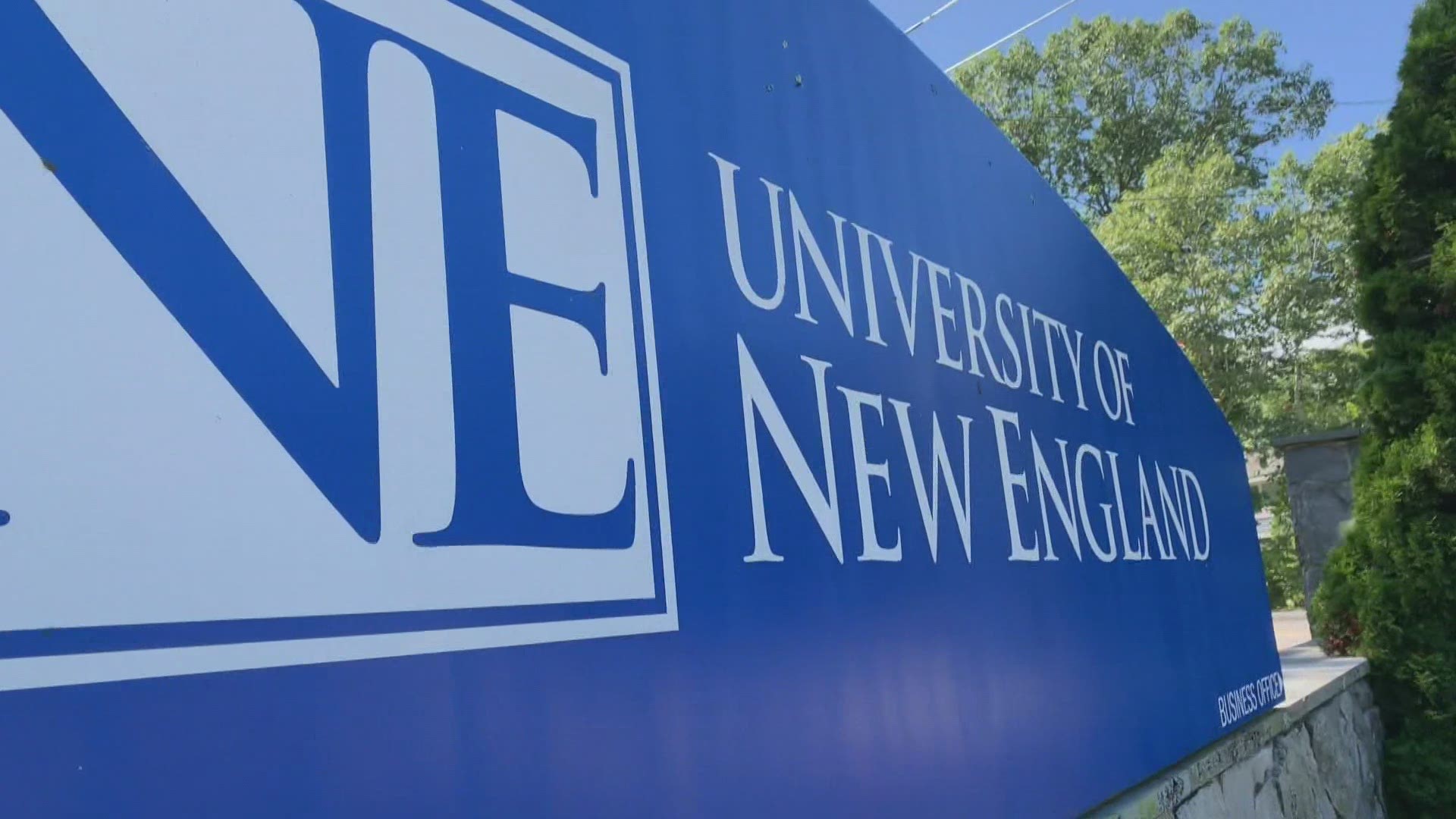 PORTLAND, Maine — University of New England (UNE) students who attended an off-campus gathering are facing disciplinary action after three positive COVID-19 cases were found to be linked to the gathering.

The Maine CDC defines an outbreak as three or more epidemiologically linked cases.

A spokesperson for UNE tells NEWS CENTER Maine the first student who tested positive is from the Portland campus, and the additional two students are based on the Biddeford campus. The spokesperson also says there were a total of 17 students at the gathering and says a vast majority of the students who tested positive and those who are quarantined are undergraduate commuters who don’t live on campus.

Herbert says those who violated UNE policies will be subject to a conduct review, which could result in “severe punishments,” including expulsion. In the letter, Herbert says, “we are taking these violations very seriously, and we are sending a message to our students that we will not tolerate behavior that puts our community at risk.”

“Simply stated: If you lack the fortitude and maturity to live on and around our campuses as you are required to this semester, this isn't the place for you,” UNE Dean of Students Jen DeBurro wrote in a letter to students.

UNE is partnering with the Maine CDC to contact trace and ensure the virus is contained. Maine CDC is currently managing the three positive cases.

In her letter to students, DeBurro says 22 individuals are currently quarantined due to their exposure to one of the three positive cases.

“The easiest of practices were completely disregarded, and the consequence of that choice is now playing out. Perhaps more disturbing is that some of the students under quarantine did not participate in that gathering. The carelessness of some community members has had a direct impact on others,” DeBurro wrote to students.

A UNE spokesperson said the severity of the disciplinary actions will vary depending on the students' involvement, but some could be as serious as suspension.