As COVID-19 vaccines are distributed, many are excited to return to normal while others feel stressed and anxious. 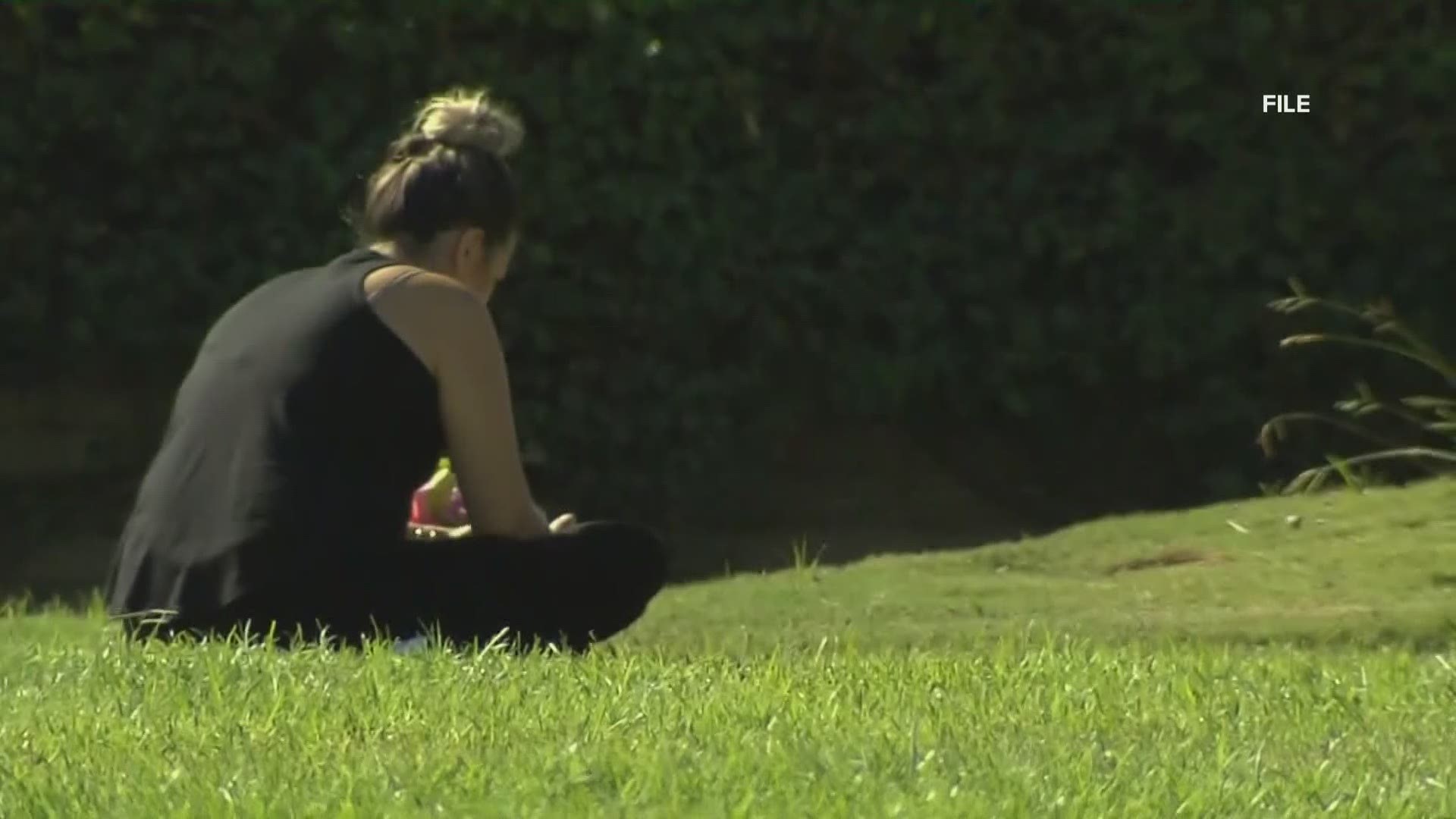 MAINE, USA — For more than a year, Mainers have worn masks, kept their distance, and stayed home. Now, more than 50 percent of eligible Mainers have received their final dose of a COVID-19 vaccine, and some restrictions have been eased.

That has a lot of people excited, but for some, it's causing stress.

Many people we spoke to for this story declined to speak on the record because of the stigma associated with mental illness. However, Ashley Costa, wife to NEWS CENTER Maine anchor Chris Costa, agreed to share her story -- though she was hesitant to.

"To be honest, I thought at least three different times about canceling," she told NEWS CENTER Maine. "It was really hard for me to do this today."

Costa said she's typically more cautious than most people, but becoming a mom during the pandemic heightened her anxiety about the virus. She's spent almost every day isolating at home with her one-year-old daughter who is too young to be immunized.

"I would love to see people again," she said. "I can't wait to feel comfortable out in the world."

She's not the only one experiencing anxiety. According to the Kaiser Family Foundation, 41 percent of adults say they have experienced anxiety during the pandemic. That's up from 11 percent pre-pandemic.

Proof the anxiety has worsened can be seen in the appointment books of therapists all over Maine who are all seeing an increase in their caseloads.

Merrill Huhtala of Westbrook said he and his wife are avid travelers. They enjoy seeing the world and going to see live music.

"What I'm looking forward to most would be the ability to travel," Huhtala said.

But that comes with anxiety, he said.

"There is quite a bit of anxiety though about being in crowds of people, being indoors with lots of people and, you know, dining out, restaurants, theater shows, live music. That's a huge part of our lives and I've gotta say I'm not looking forward to going into a small, packed nightclub anytime soon," he said.

With re-entry into society looming, experts are seeing a little bit of everything.

"There are some who are, you know...it's almost like a cautious optimism, and then others that are more anxious and worried. You know, are we going out too quickly?" Carrie Roberts, a licensed clinical social worker in Yarmouth, said.

Roberts specializes in couples therapy and said the pandemic has been hard on a lot of couples and family units.

Germaine Lang is concerned about going out too quickly. She said she and her husband spent time with friends before the pandemic, but since then their world has shrunk.

"Going back into normal there's a lot of fear there," she told NEWS CENTER Maine in a Zoom interview.

Lang plans to go out to eat in a few weeks when her parents visit from Connecticut for the first time since the pandemic started.

"Yes, we're all gonna be vaccinated you know, we're gonna go to a restaurant that has protocols in place," she said. "We're making sure that's the case, but I have not been to a restaurant since last February."

She considers herself a bit of a foodie and loved going out to eat and trying new things, but now she worries about the unknown.

"I think that anxiety arises from still not having enough historical data to have a ton of confidence in what will happen," she said.

Roberts said that after more than a year of isolation. it's okay to set boundaries with family and friends.

"Having those conversations, talking about what means most to you," she said.

"Maybe there was something comforting about their isolation or at least having their circle be a lot smaller," she said. "It wasn't as draining to have to go to the social obligations so now some of that feels overwhelming."

She added that people might be more fatigued when socializing after a year without it. But for some groups of people, being around others is important.

At Lakes Region Recovery Center, leaders are working hard to get people together safely.

"I was extremely nervous...I would say bordered on the line of a little paranoia," Tracey Matin from the recovery center said.

Though nerve-racking, she and her partner, Candy Greenberg, are working to re-open the recovery center a little more each month.

"It's twofold. It's wonderful," Greenberg said. "We're thrilled with it but it also makes us take a breath and say, 'Oh, okay, now I have to re-learn how to deal with people.'"

While still anxious about what's to come, Costa said she also feels excitement for what her baby girl will get to experience.

"I’m looking forward to showing Cohen the beach with our friends and going to the children’s museum," she said.

Experts say the most important thing to do as we prepare to re-enter society is to be kind to ourselves and go at our own pace.

At NEWS CENTER Maine we recently launched 'Let's talk about it,' a campaign to de-stigmatize talking about mental health.

If you or someone you know is struggling with mental illness, resources are available.

Jackie Mundry's full story will air Thursday, May 13 at 6 p.m.

RELATED: Let's talk about it

RELATED: Bill would bring back children sent out of state for residential treatment