For an unknown reason, Maine and a few other states might receive fewer COVID-19 vaccines next week than expected 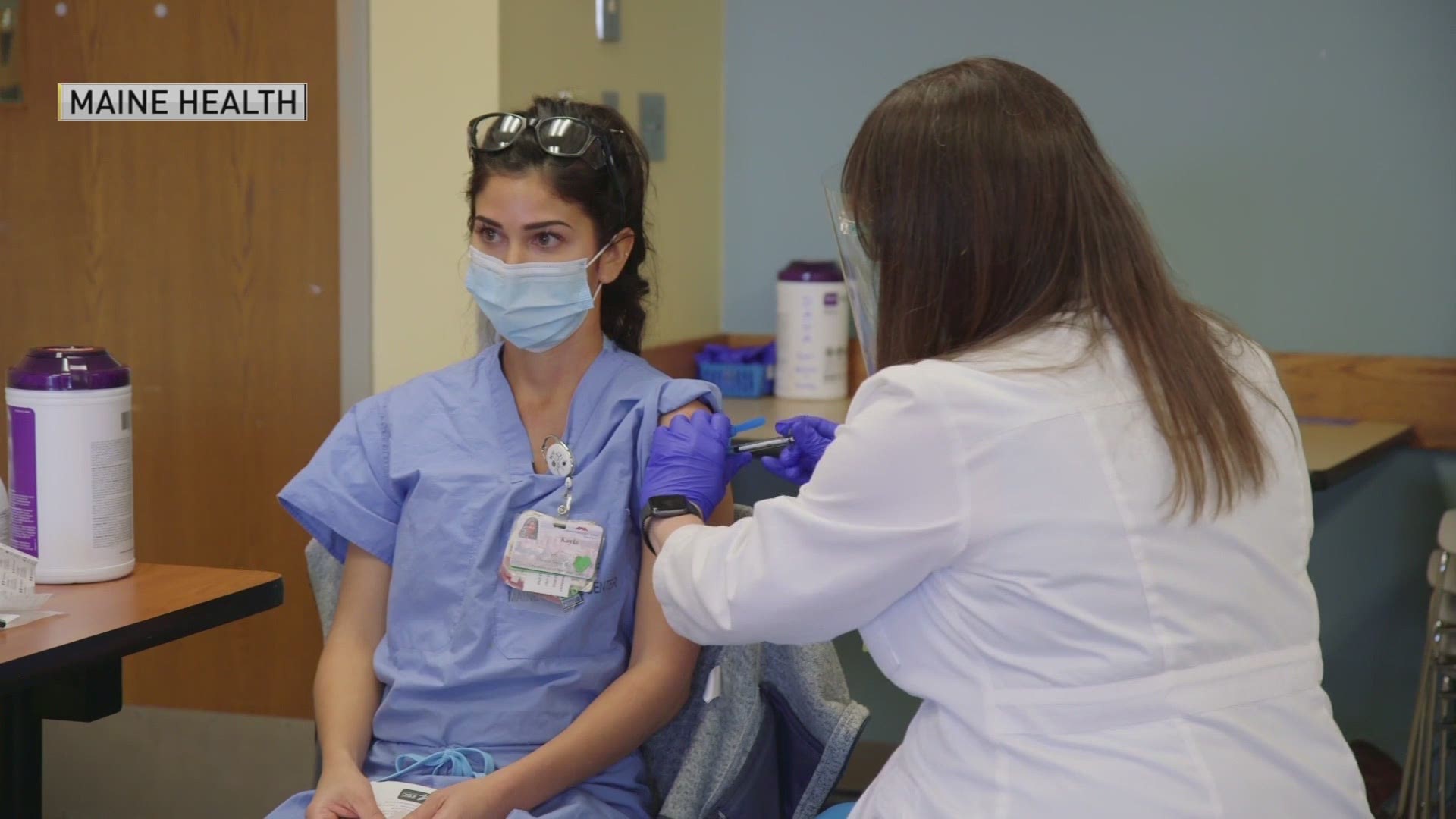 AUGUSTA, Maine — As Maine fights the coronavirus, the start of vaccinations for health care workers has been a bright ray of hope. But a cloud has formed for Maine and a few other states, with word that next week’s delivery of vaccine will be much smaller than what the state had been expecting.

And the reason, so far, is a mystery.

According to Maine CDC Director Dr. Nirav Shah, the state had been told it would receive 13,650 doses of the Pfizer vaccine next week. However, he said they learned on Thursday the delivery will be much smaller—8,775 doses.

It’s a big reduction, and Dr. Shah said so far they have had no explanation. He said Friday he has enlisted the help of Maine’s Congressional delegation to pressure federal officials for an explanation. Dr. Shah also said he has a Friday night call with the U.S. CDC and will be pushing for answers on what to expect in the weeks ahead.

“We’re hoping to get clarity, partly for confidence reasons but also planning purposes. We want to know if there will be these expected shifts, peaks, and valleys in the planning and delivery. That takes us down one road. But if they have achieved stability in what we will get on a week to week basis, that’s frustrating. But we’re looking out the windshield, not the rearview mirror at this point.”

That said, there has been an impact, even if the reduction is temporary. Dr. Shah said they have postponed the start of vaccinations for assisted living facilities, which was going to start next week. Instead, with fewer doses than anticipated, they will begin nursing home immunization and continue with front line health care workers. He hopes the assisted living vaccinations, being done in a program with pharmacies, will be able to start as soon as the vaccine supply issue becomes more clear. That program is supposed to be done using the Pfizer vaccine. Dr. Shah said the CDC is hoping the Moderna vaccine will get final approval in the next few days, and that does of that will start arriving next week.

And while that vaccine is being produced at a plant in Portsmouth, New Hampshire, among other locations, he said they do not expect Maine will see any easier access to the supply of the vaccine.