Gary Friedmann started 'Share Our Stimulus MDI' in mid-April to encourage Mainers who can to donate all or part of their stimulus checks to non-profits. 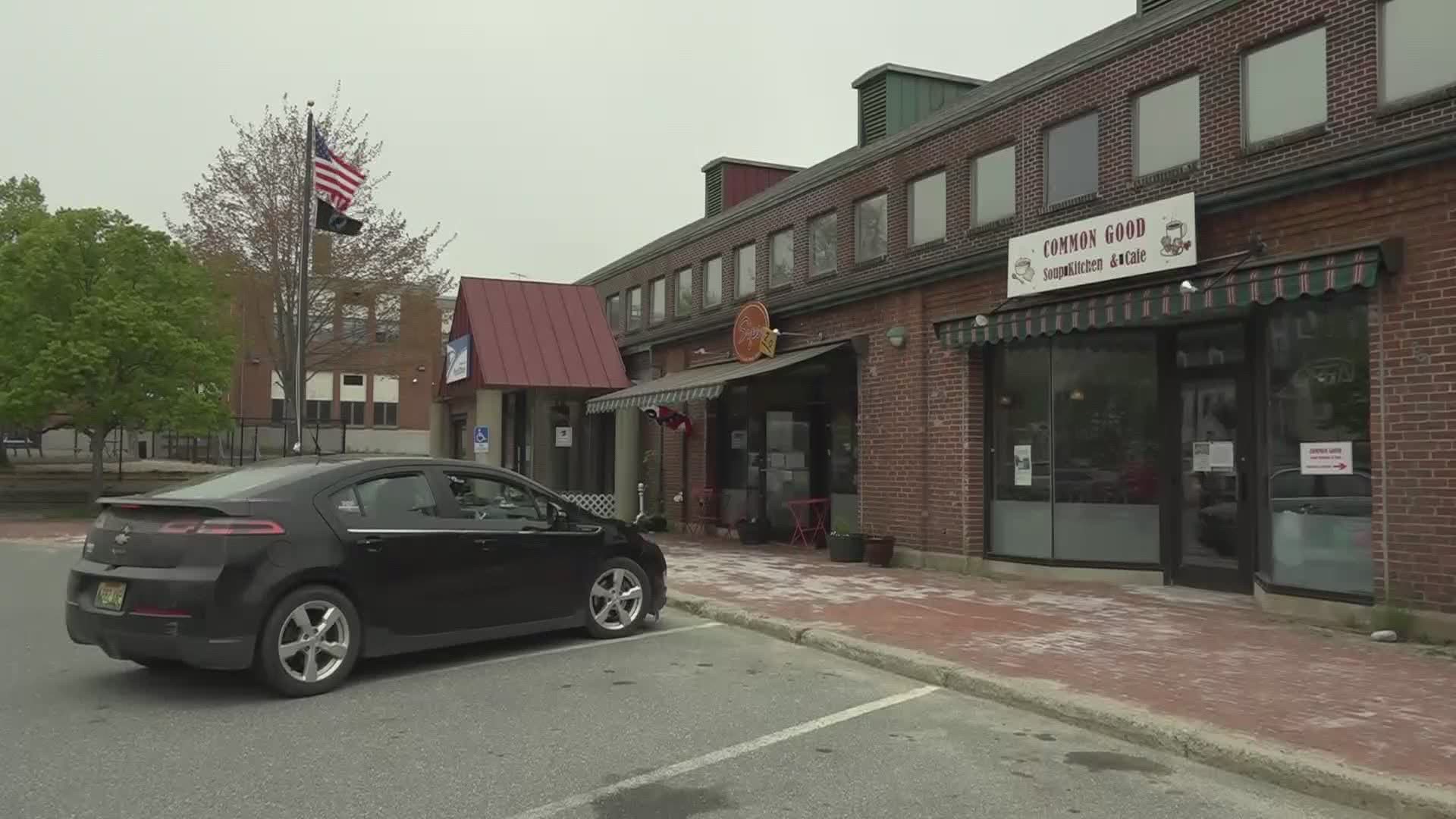 BAR HARBOR, Maine — "Overwhelming" -- in a word, that's how Laurie Ward would describe how the past couple of months have felt. She's the executive director of The Common Goods Soup Kitchen in Southwest Harbor and says the coronavirus pandemic hit them pretty hard.

"It’s been very daunting and painful to see, you know, so many folks who have not needed our services in the past -- and they currently do," Ward expressed to NEWS CENTER Maine Thursday afternoon. As businesses in the region struggle with a lack of tourism, she says she is worried about what the future might look like. Non-profits are the organizations primarily helping people who are out of work or in need of help -- but her pantry has had to cancel a number of fundraisers this spring because of COVID-19.

It's why a new initiative happening on Mount Desert Island means so much to Ward and her team. Gary Friedmann of Gary Friedmann and Associates started 'Share Our Stimulus MDI' in mid-April to encourage Mainers who can to donate all or part of their stimulus checks to non-profits, which are needed in communities now more than ever.

So far, Friedmann says Mainers have donated collectively more than $10,000 -- and possibly as much as $20,000. He says it's hard to tell the exact amount, since the money goes directly to one of the dozen or so non-profits participating.

"A lot of people I was talking to were saying, 'Wow, that $1,200 is really nice. But don’t you think it would be -- like, how do we get it to people that need it more than we do?" Friedman explained to NEWS CENTER Maine. He worked with the MDI Nonprofit Alliance to establish a website and determine which non-profits the money would go to.

"It’s really high need right now," Friedmann emphasized. "We haven’t seen the end of it. I think we’re just at the beginning of it."

Jennifer Jones agrees. She's the executive director of the Bar Harbor Food Pantry and says that in just the last 11 weeks, use at the pantry has increased by 25 percent.

"You see crisis every day," Jones said, shaking her head.

The "crisis" can be non-food-related, too. Jackie Davidson is the executive director of YWCA Mount Desert Island, an organization that works to support women and end racism. Davidson says that after the former long-time director of the YWCA passed away in mid-March, staff members decided to create a fund in her memory. Money from 'Share Our Stimulus MDI' is going to that fund, which is supporting single mothers in this time of need.

For Davidson, the pandemic has been very eye-opening.

RELATED: Grants for non-profits in need during coronavirus, COVID-19 pandemic

One thing Mainers are controlling, though, is the ability to do whatever they can to help their neighbors in a time when everyone is hurting.

"I won’t lie -- I’ve cried many times when checks and donations have come in," Jones added. "They have been very generous."

Friendman says 'Share Our Stimulus MDI' will be up and running "until (it's) no longer needed."

RELATED: Blue-collar industries have seen increase in applicants and interest among younger generation during coronavirus, COVID-19