The lawsuit calls the vaccine requirement unconstitutional and argues that Maine DHHS should have obtained legislative approval and held public hearings. 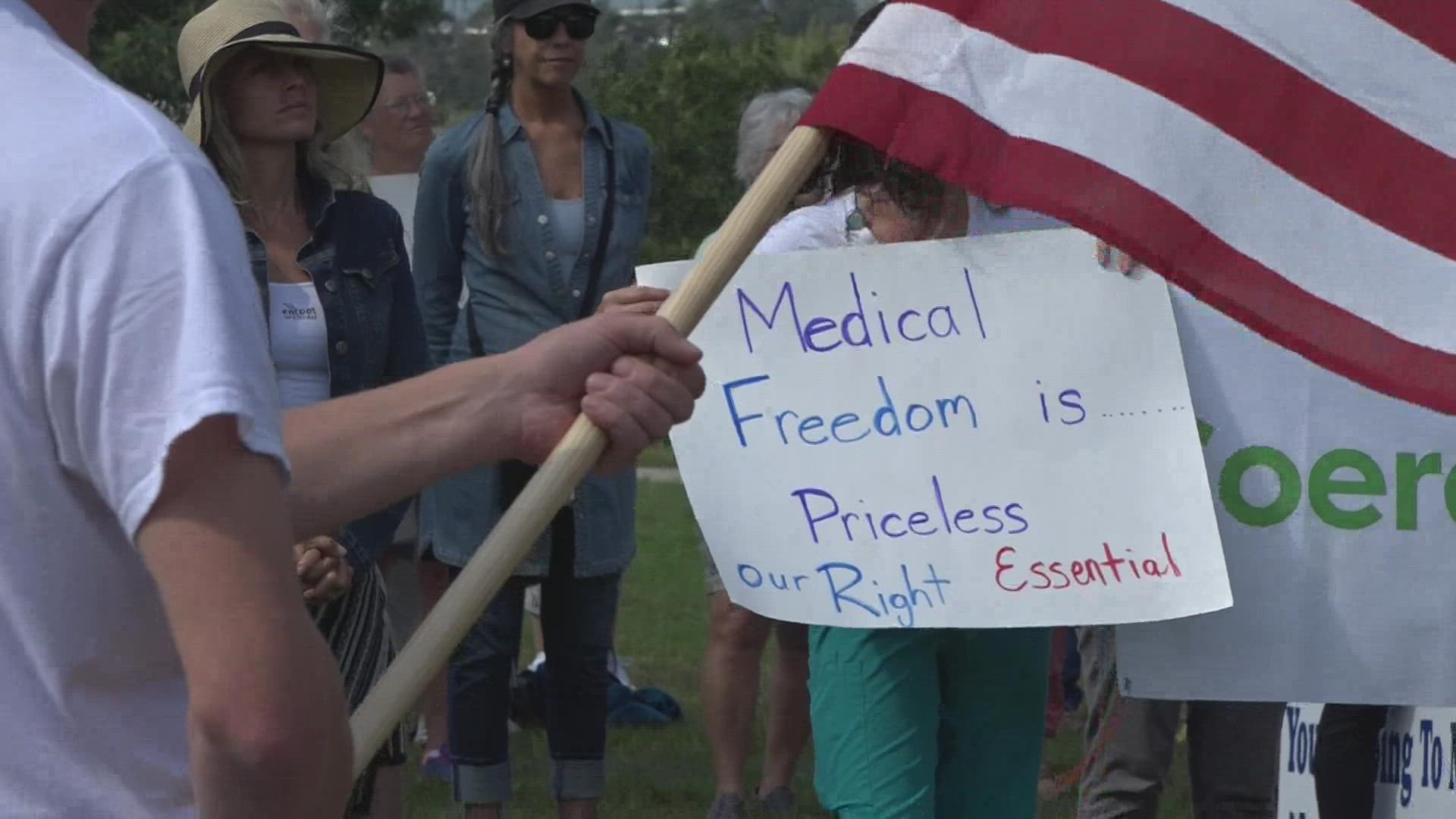 "I personally feel it's an infringement on personal autonomy and bodily integrity," said rally organizer Emily Nixon, a registered nurse for MaineHealth. "I believe very strongly that we all need to have informed consent and the right to refuse."

Nixon said she is the founder of the Coalition of Healthcare Workers Against Medical Mandates, one of the three organizations that recently filed a lawsuit against the Mills administration.

The lawsuit seeks a repeal of the vaccination requirement before it takes effect on October 1. It says the vaccine requirement is unconstitutional and argues the Department of Health and Human Services should have obtained legislative approval and held public hearings on the proposed rule.

Nixon said, "I'm going to continue to fight for this mandate to be abolished. I will not work or support any business that infringes upon personal autonomy or bodily integrity."

However, Mills' administration does not appear to be budging on its decision to mandate the COVID-19 vaccine among health care workers.

A spokeswoman for the Department of Health and Human Services, Jackie Farwell, said in a statement:

"The best path out of this pandemic – and the best path to protect the lives and health of all Maine people – is to get vaccinated. And fundamentally, the Governor believes that every person in Maine who is placed in the care of these individuals has the right to expect - as do their families - that they will receive safe care, which includes being fully vaccinated."

Health care workers are already required to receive vaccinations against measles, mumps, chickenpox, and the flu to work in Maine.

Farwell said the mandate appears to be incentivizing health care workers to get vaccinated, saying in the statement:

NEWS CENTER Maine reached out to the state Attorney General's office for comment on Wednesday. The spokesman for Attorney General Aaron Frey referred back to Frey's comments about the first lawsuit filed in August.

In that statement, Frey said, in part:

"The requirement in Maine that health care workers be vaccinated against COVID-19 is based on a determination by public health experts that it is necessary to limit the spread of COVID-19 in health care facilities and to protect Maine’s health care system. We will vigorously defend the requirement against this lawsuit and we are confident that it will be upheld."

RELATED: Health care workers who want Pfizer must get first dose by Friday