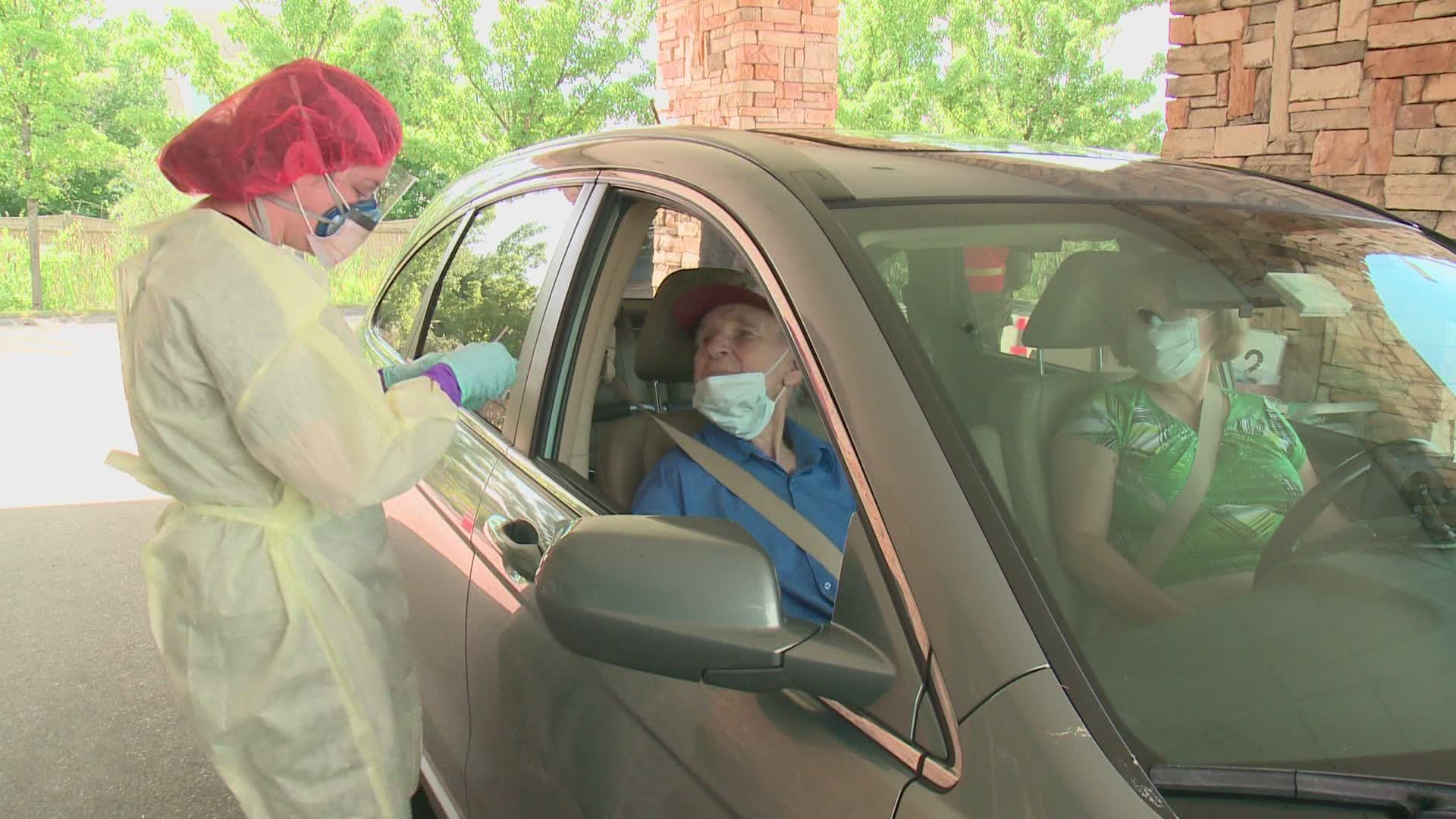 YORK, Maine — Dr. Nirav Shah of the Maine CDC said Thursday Maine still needs to have more COVID-19 testing available. There may be proof of that in York County, where the state asked York Hospital to set up a “rapid response” testing site.

The testing uses the special tests and machines made by Abbott Labs, which can provide results in 20 minutes. The hospital says it was loaned three of the machines by Maine DHHS, which also supplies the testing materials.

“I think they were looking for a partner with especially in the southern part of the state that could be a gateway testing site,” said Erich Fogg, a physician’s assistant at the hospital who manages the testing program.

York is in the heart of the busiest tourist area in Maine, and Fogg says the testing was to be a way for tourists to get quickly tested, in order to stay in Maine without needing the 14-day quarantine.

In the first month of operation, the facility has done more than 2,000 tests, with 15 positive.

But the overwhelming interest in quick test results has brought a surge of people wanting to be tested, with the result it can now take two weeks to get an appointment.

Fogg says 70 percent of those being tested are from out of state, primarily people wanting to vacation n here and needing a negative test to stay.

He says there is definitely a need for more of the testing in York County.

“I think we were hopeful, as others were, that more opportunities to test would come online here in York County and we’ve seen a few of them. But we know 30,000 to 40,000 a day come through the York tolls down here so getting all those people tested was going to be a challenge no matter what we do.”

There are some other options in the area. York Hospital also provides the traditional PCR testing, which takes 24 to 36 hours to provide results. Fogg says there are a couple of other locations in the county that also offer t, but York Hospital is the only place offering the rapid response test, for anyone who makes an appointment.

Maine DHHS Commissioner Jeanne Lambrew said Tuesday the state is already using all of the Abbot Labs machines it has, meaning it cannot currently expand the rapid testing. Lambrew said if the department can get another of the machines it would be interested in expanding the York Hospital program—which is currently scheduled to end in September.