Portland hears complaints about trash, needles and crowds of people camped out in Deering Oaks 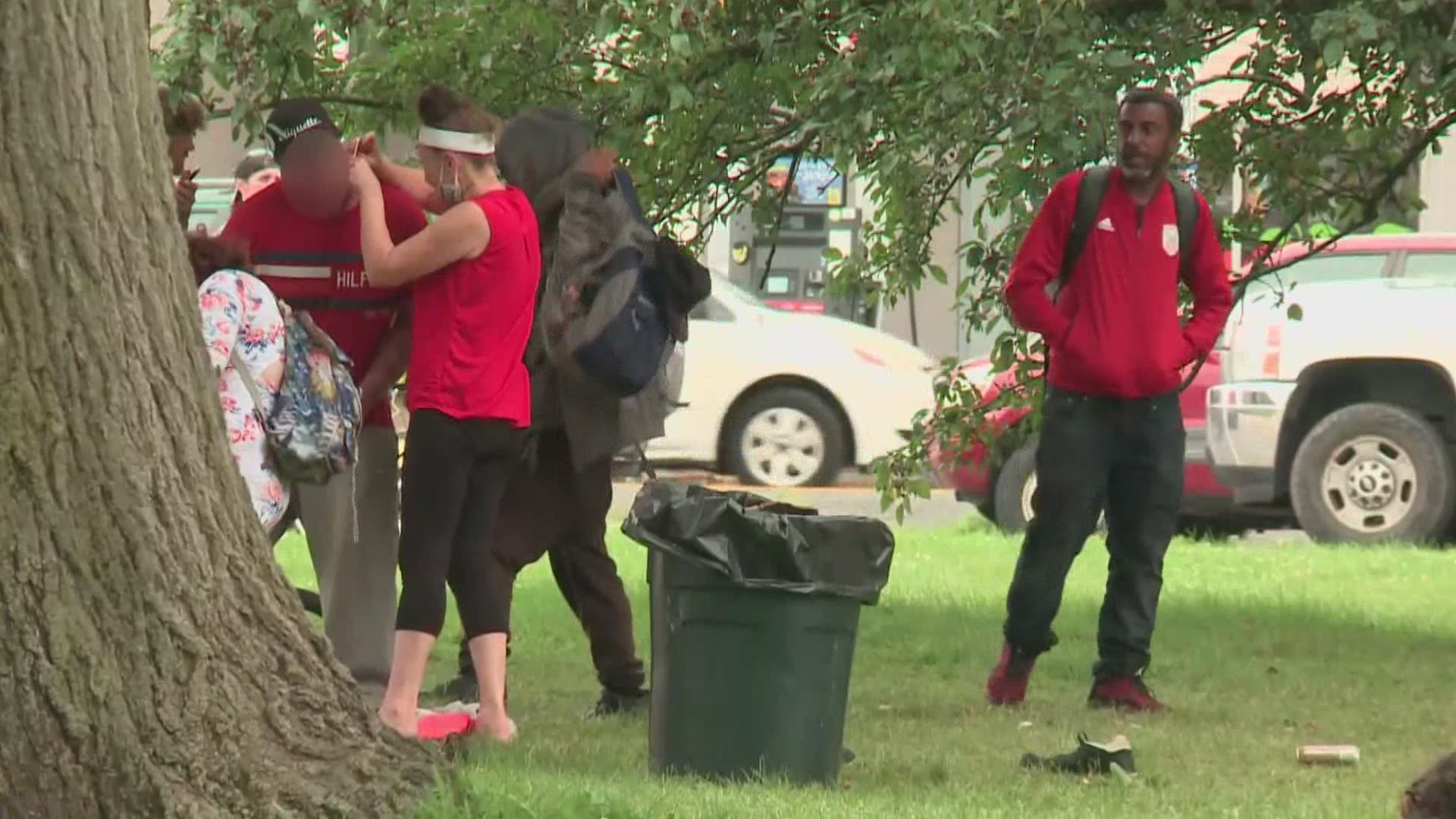 PORTLAND, Maine — The City of Portland says it has received a significant amount of complaints about the safety and the sanitation of Deering Oaks where crowds of people have been camping out day and night.

In the last week, there has been large groups of people experiencing homelessness and their belongings camped out on the lawn.

The City says the crowds appeared after Preble Street started handing out bag lunches on city property last Monday. Officials at Preble Street, a private non-profit that helps the homeless, said that is not the case.

It’s a statement the City said, "We learned Preble Street recently began distributing meals in public locations and believe the increase in unsafe activity stems from this.”

There is a lot of trash in the area as well as used hypodermic needles. There is also unsafe activity like drug use happening out in public in the middle of the day.

“The notion that people are there because we’re feeding that is entirely untrue it’s really the other way around we’re feeding people because they’re there," executive director of Preble Street Marc Swann said.

Swann says Preble street is still open but the pandemic has changed how they operate. To avoid hundreds of people gathering in one room the soup kitchen is closed and so is their day shelter.

“This part of Preble Street, (the resource center) this program we’re doing it in a different way, it’s sort of social work on wheels.”

Swann says their outreach teams are going out into the community to provide not just food but medical services and social work.

Last Friday the city sent Swann a cease and desist order saying Preble Street decision to use city property rather than their own property to hand out food requires a permit.

“I was always surprised because we thought they said he was aware of what we were doing," said employees who were part of the discussions.

Swan says he looks forward to finding a solution because the need is greater than ever.

Swann says Preble Street is hoping to turn part of its resource center into a 40-bed shelter that would be paid for with private funding. He hopes it will be ready to go by the fall.

RELATED: 'A bastion of lawlessness': Portland city official says coronavirus COVID-19 has made Bayside out of control