The cancellation of the Maine Lobster Festival is one more sign of how slow the summer season is on Penobscot Bay. 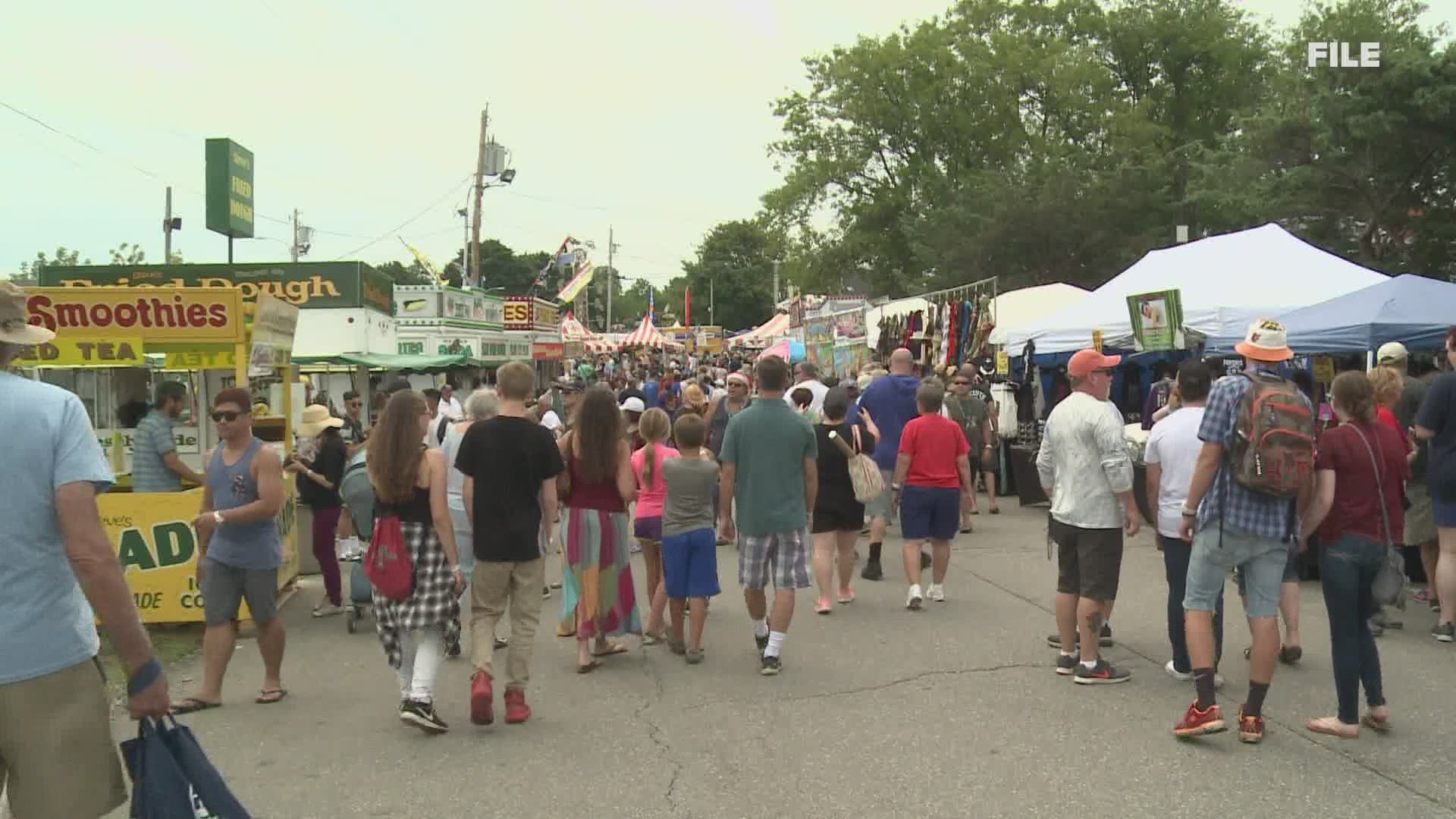 ROCKLAND, Maine — This should be one of the busiest weeks on the Maine coast—the week of Maine Lobster Festival. But like most other big events, the festival was canceled

On Friday, the Festival grounds along Rockland harbor would normally be filled with people, some of the tens of thousands of visitors who normally come from all over the country for a taste of lobster. But the grounds were empty, the “World’s Largest Lobster Cooker” was never even set up. Even at noon, the downtown sidewalks were fairly empty as well. Business owners and the Chamber of Commerce said they’re all trying to make the best of it, but business is way off, all because of coronavirus.

“We’re hearing from those on the front lines of tourism, especially lodging, they are off 80 to 90 percent from where they should be,” said Tom Peaco, CEO of the Penobscot Bay Chamber of Commerce.

“And this is the time of year when people typically get ahead to make it through winter. “

That longer-range concern is on many minds in tourist cities and towns. Businesses make their profit primarily from June through September, and it sustains them through the other eight months of the year. But with the prime months being slow, there will be less money to last.

At Café Miranda, a long time Rockland restaurant, owner Kerry Altiero said he would normally employ 30 people, but instead has a staff of 12. He said slow business and more takeout mean they aren’t earning what they typically would this time of year.

He said they’re all thinking about how to get through winter.

“This is about losing as little as you can and having enough cash to stay alive  ’till this thing blows over, and provide jobs for people as best we can.”

At the Chamber, Tom Peaco said it is becoming a worry.

“So we look ahead to the next six months down the road, and really are concerned about the ability of some to get through.”

The Maine Lobster Festival, meanwhile, is planning for next summer. The Festival’s 2021 web page already up.