No family, fanfare for NASA astronaut of Maine launching next month

Due to coronavirus concerns, astronaut Chris Cassidy of York will blast off without any fanfare. He will be in space for 6 months. 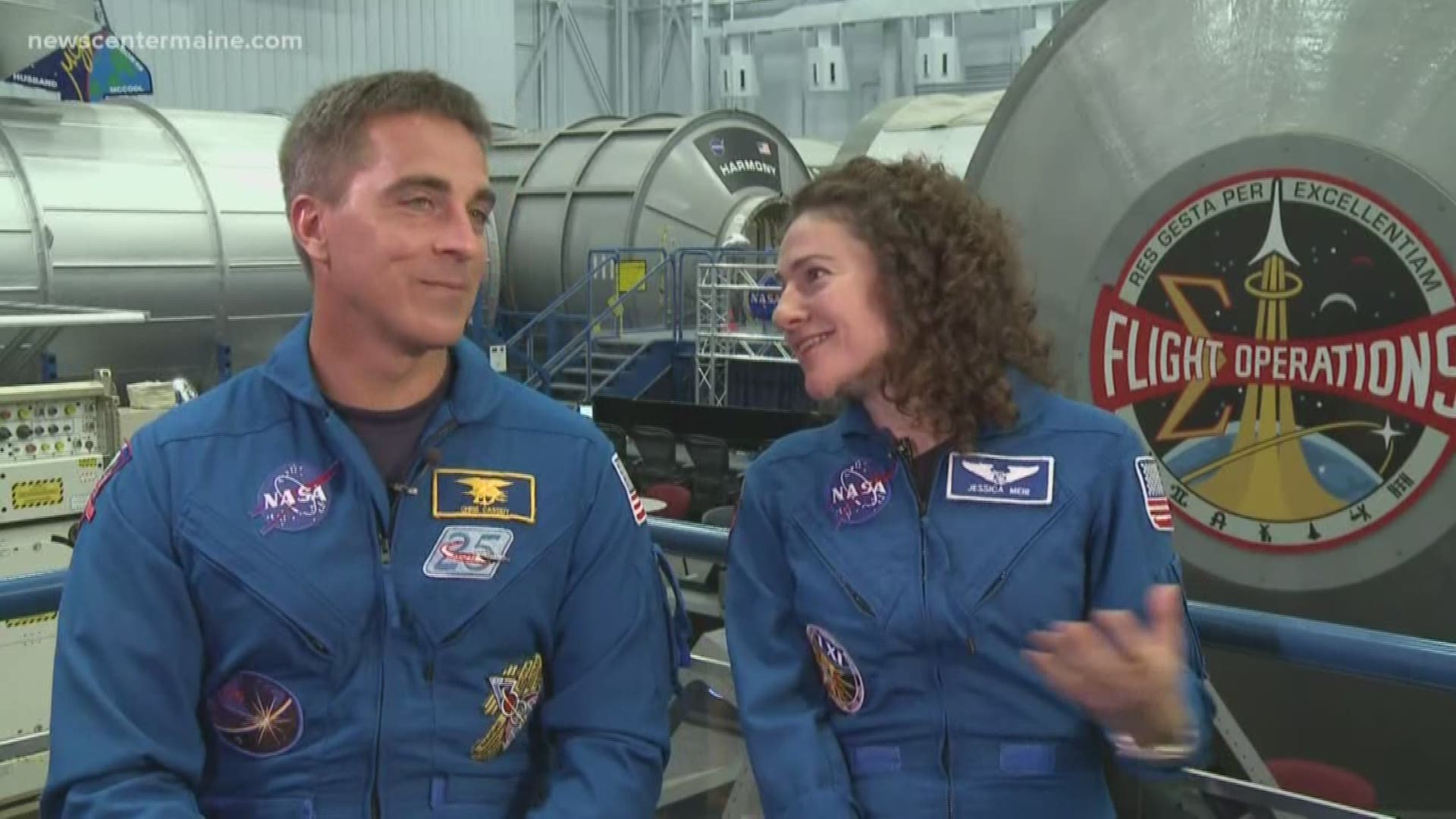 CAPE CANAVERAL, Fla. — NASA astronaut Chris Cassidy of York is about to leave the planet for six months. He will blast off without any family or fanfare because of the coronavirus.

Former Nacy SEAL Cassidy said Thursday that he won't have any guests at his April 9 launch from Kazakhstan for Expidition 63. He is already in quarantine ahead of the launch, and expects to say goodbye to his wife Friday in Russia, three weeks earlier than planned.

“It really is going to be strange,” Cassidy told The Associated Press from cosmonaut headquarters in Star City, Russia.

Because of the coronavirus outbreak, his wife is going back home to Houston.

Cassidy will be on the International Space Station (ISS) at the same time as fellow Mainer Dr. Jessica Meir. Cassidy's crew will relieve Meirs'.

Currently, Meir is on the International Space Station executing Mission 62.

This is Dr. Meir's first mission into space. She was one half of the first all-female spacewalk team with Astronaut Christina Koch.

RELATED: Two Maine astronauts to be in space at the same time

Cassidy is also dealing with a late crew switch. He'll spend 6 1/2 months on the (ISS) with two Russians assigned just a month ago. One of the original cosmonauts suffered an eye injury.

Cassidy and his crewmates will support about 250 research experiments that aren't possible on Earth, a NASA press release says.

"These pursuits broaden knowledge of Earth, space, physical and biological sciences in ways that benefit everyday lives," NASA said of the mission. "They will help enable long-duration exploration into deep space for future Artemis missions to the Moon and eventually on to Mars."

Cassidy says he remembers himself as "an average Maine kid" who has gotten into a "very interesting career."

His first spaceflight was in 2009, when he became the 500th person to fly in space. His first long-duration mission came in 2013. In total, Cassidy has spent 182 days in space, and 31 hours and 14 minutes spacewalking.

The April launch will be his third mission.