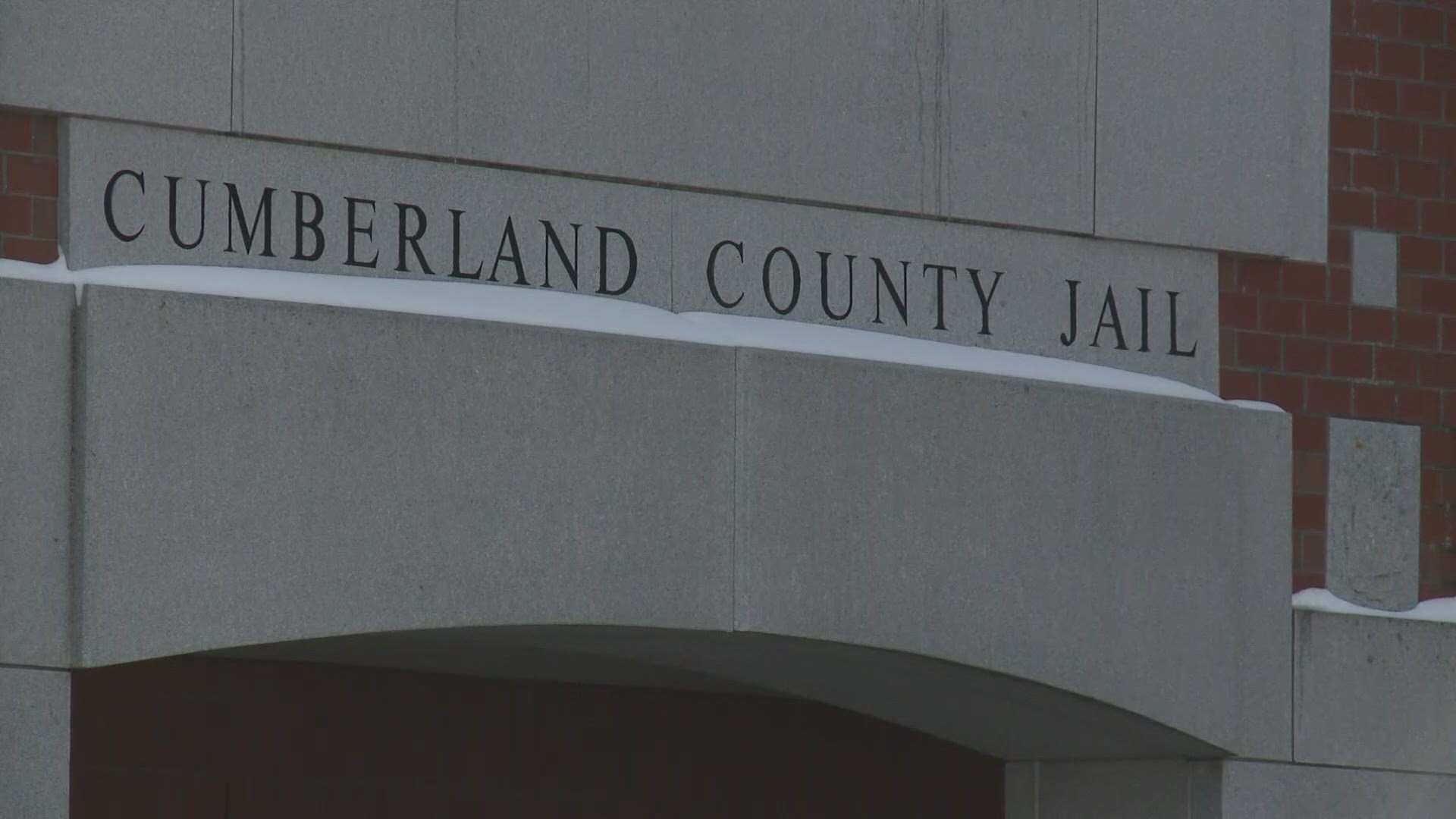 PORTLAND, Maine — Maine's largest county is temporarily limiting new inmates to try and curb the COVID-19 outbreak in its jail.

Sheriff Kevin Joyce says while it will limit jailing those charged with misdemeanors, motor vehicle felonies, or probation violations, it will not jeopardize public safety.

"Let's try to do something with the other arrests, summons release, whatever," Joyce said. "So we can somehow get a handle on this COVID issue."

Joyce said all other felonies against a person, felony warrants, assault on police officers, and domestic violence cases will still be admitted.

"Obviously if it's an issue of public safety, we want to take that person off the street and lock them up," he said.

The policy change will also impact the transfer of inmates from other jails and out of state.

More than 60 inmates tested positive for the Coronavirus in 2020.

The Cumberland County Jail is implementing a new policy to get rid of #COVID19 by limiting new inmates. In some cases that means those facing charges for misdemeanors and low-level offenses won’t have to await trial behind bars. I’ll have the details LIVE on #NEWSCENTERmaine. pic.twitter.com/L6eZIVRVf0

According to Joyce, right now just two inmates and four staff members are known to be positive for the virus. He said it is nearly impossible to predict new cases.

"If we don't make sure the facility is free of the COVID, when we let our guard down, and hopefully we don't then it could blow up," Joyce said. "I don't want to be shutting down because that's going to leave police departments traveling a long distance to get where they need to go."

This drastic effort from the leader of the state's second-largest jail comes just days after a new report confirmed the failures of administrators of the York County Jail last year.

The report released Friday showed the jail failed to implement and follow protocol to prevent COVID-19 from spreading in the facility that ultimately was a factor in the death of an inmate.

The American Civil Liberties Union (ACLU) of Maine has been fighting for sheriffs and corrections leaders statewide to take swift action to release and limit new incarcerations since the start of the pandemic.

"Policies that have been implemented by Sheriff Joyce are a critical step in the right direction. We would call on all sheriffs in Maine and all police departments to follow his lead," ACLU Legal Director Emma Bond told NEWS CENTER Maine.

Bond said she and her team are still advocating for greater steps to protect those who are incarcerated, including vaccination.

"If we're not reducing population, if we're not prioritizing vaccines for people who are incarcerated, we're failing in our moral and legal obligations to those people and we're also failing to protect the broader community," Bond said.

While vaccine efforts continue at a slow pace statewide, including first responders and police officers, Joyce said corrections officers are still waiting for their shots.

That, he said, furthers the importance of his latest policy to try and limit new people who could potentially carry the virus from entering the facility.

"In the end, I'm probably not popular on this, but the bottom line is I'll be less popular if I have a huge outbreak and have to shut everything down," Joyce said.

Joyce said the policy will be in effect for about two weeks before officials re-evaluate.

The Maine CDC requires 28 days without new cases for the jail to no longer be at 'outbreak' status.