The state's other pandemic-related safety measures will be lifted on May 7, he said 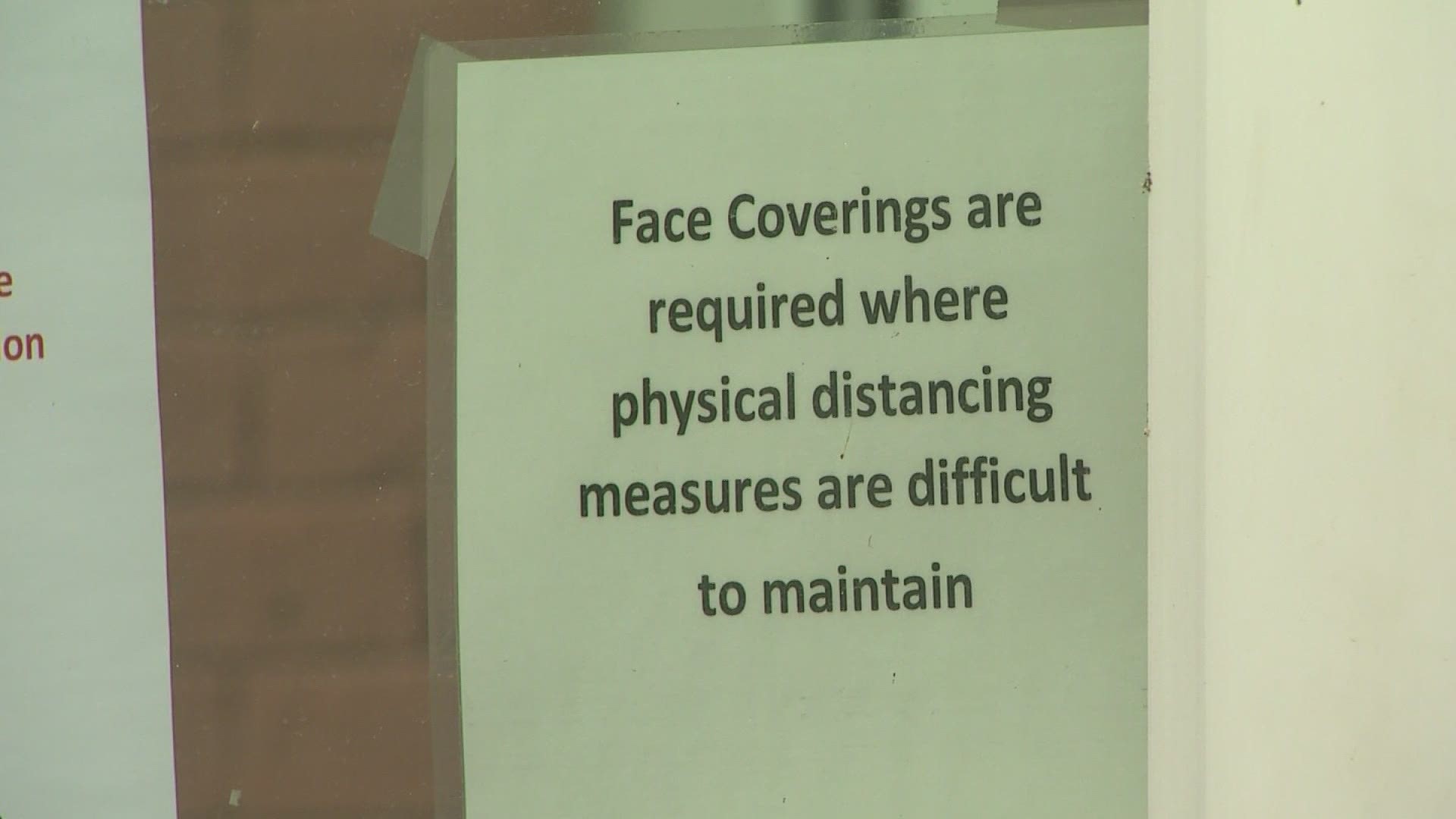 CONCORD, N.H. — New Hampshire Gov. Chris Sununu said he will not renew the state's mask mandate, instead allowing it to expire on Friday.

"Tomorrow, New Hampshire will not renew the state's mask mandate," he said at his weekly press conference on Thursday. "We will continue to encourage social distancing and the wearing of masks when appropriate... It's just a good idea."

Sununu said this will not limit private businesses or cities and towns from requiring masks.

He said the state's other pandemic-related safety measures will be lifted on May 7, including retail and restaurant restrictions and the "Safer at Home" edict.

THREAD: As fatalities continue to decline, as hospitalizations remain manageable, and as vaccinations continue to increase, the state’s mask mandate will not be renewed tomorrow. pic.twitter.com/w1jKVJQZXn

New Hampshire residents know how to keep ourselves and our neighbors safe without a state mandate - just as we did before the winter surge. 3/3

Thursday's announcement follows a reduction in the state’s 7-day average of daily deaths to 0.6, the lowest since October of 2020 before the mask mandate had been implemented, as hospitalizations remain at a manageable level, and as over 70% of residents 65 and older have been vaccinated.

"I would love to see people continue to wear the masks," Sununu said. "The only thing changing is New Hampshire isn't coming down and saying 'thou shalt or must'."

New Hampshire will be the first state in New England to lift its mask mandate.

Sununu had teased the announcement during a virtual business meeting on Wednesday, saying that most of the state’s restrictions would be lifted "wicked soon."

He said Thursday that the state decided on the May 7 date to lift restrictions because 95% of New Hampshire residents who want the vaccine will have gotten their first shot by that time.

"The pandemic is not over, and we are not claiming victory on this by any means, but our success has created opportunities," Sununu said. "New Hampshire is on track for a very successful summer. This is some good news hitting us here... The finish line is definitely within sight."

Sununu's announcement comes as New Hampshire is set to begin vaccinating people from out of state beginning on Monday.

The governor had faced some criticism from Democrats and officials in college communities over the state’s initial decision to prohibit college students from other states other non-residents from being vaccinated in New Hampshire. But that restriction is being lifted because the state anticipates having plenty of doses to go around.

More than 90,000 people have tested positive for the virus in New Hampshire, including 552 new cases announced Thursday. Three new deaths were announced, bringing the total to 1,264 in the state.