Life after COVID: Will people still wear masks after the pandemic?

Doctors say there's a medical reason to wear them, but political scientists say it's not likely. 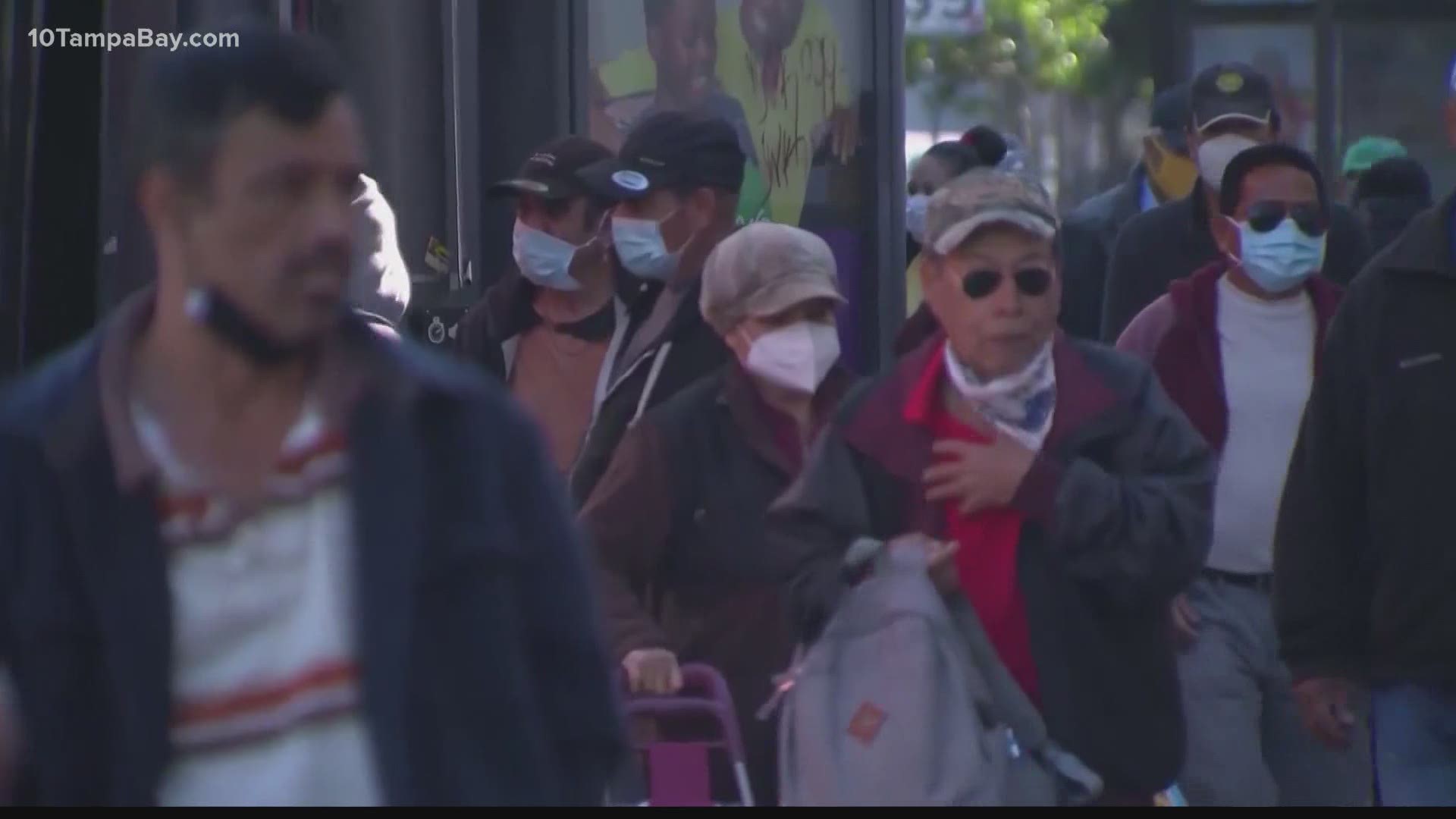 TAMPA, Fla — Masks are part of our everyday routine right now. Schools, planes and stores all require them. We know we probably won't have permanent mask mandates, but can mask-wearing become a habit for some people post-pandemic?

Doctors say it comes down to social responsibility. Wearing a mask is a way to protect those around you and it's a good idea, even if it's just a sniffle or the common cold.

"If I have a cold and I cough and sneeze, I can give it to someone else. Would I go into a place knowing I have that? It's like drunk driving," said Dr. Jay Wolfson, a professor of public health at the University of South Florida. He says there is a medical benefit to wearing masks by choice when you're in crowded spaces or on a plane in the future. "Especially, post-pandemic if we still don't know what's spreading," he added.

"There are so many reasons people have worn masks and will continue to wear masks. They have a disease that puts them at greater risk for catching something or they're going through cancer treatment. It's also just respectful to wear one, it says, "I may or may not have something and I don't want to give it to someone else,' and it's responsible," Wolfson said.

While some people may choose to wear a mask from now on, it's not likely we'll see it here in the United States. Compared to other countries, Americans have been slow to accept mask mandates.

"There's a cultural norm in China or in Hong Kong and other places to wear a mask when you yourself are sick, but in the U.S. the culture of individualism or individual choice is very strong. To make people believe they are the experts in their own health decisions and they should do what helps them, rather than the community is a big hurdle to overcome," explained Shana Gadarian, a political science professor at Syracuse University.

Wolfson spent time living and working in Tokyo and said it was common for people to wear masks on public transit, in stores or at work when even if they just had a sniffle to protect others around them.

"I asked my colleagues why and they do it because when they are sick or someone else in their family is sick, they feel a personal responsibility to wear them," he said. "It's embedded into the cultural norm."

In the U.S., mask-wearing has also become a political issue, rather than just a public health issue.

"That signals to the public that they should use their identity as a partisan to filter information and decide whether or not masking is important," Gadarian said.

So while medical experts are telling us to keep wearing masks when we feel sick to protect ourselves and others, we might not see a lot of people doing that in the future.