On Tuesday, May 12, the U.S. House of Representatives introduced a new $3 trillion stimulus bill called the "HEROES Act". 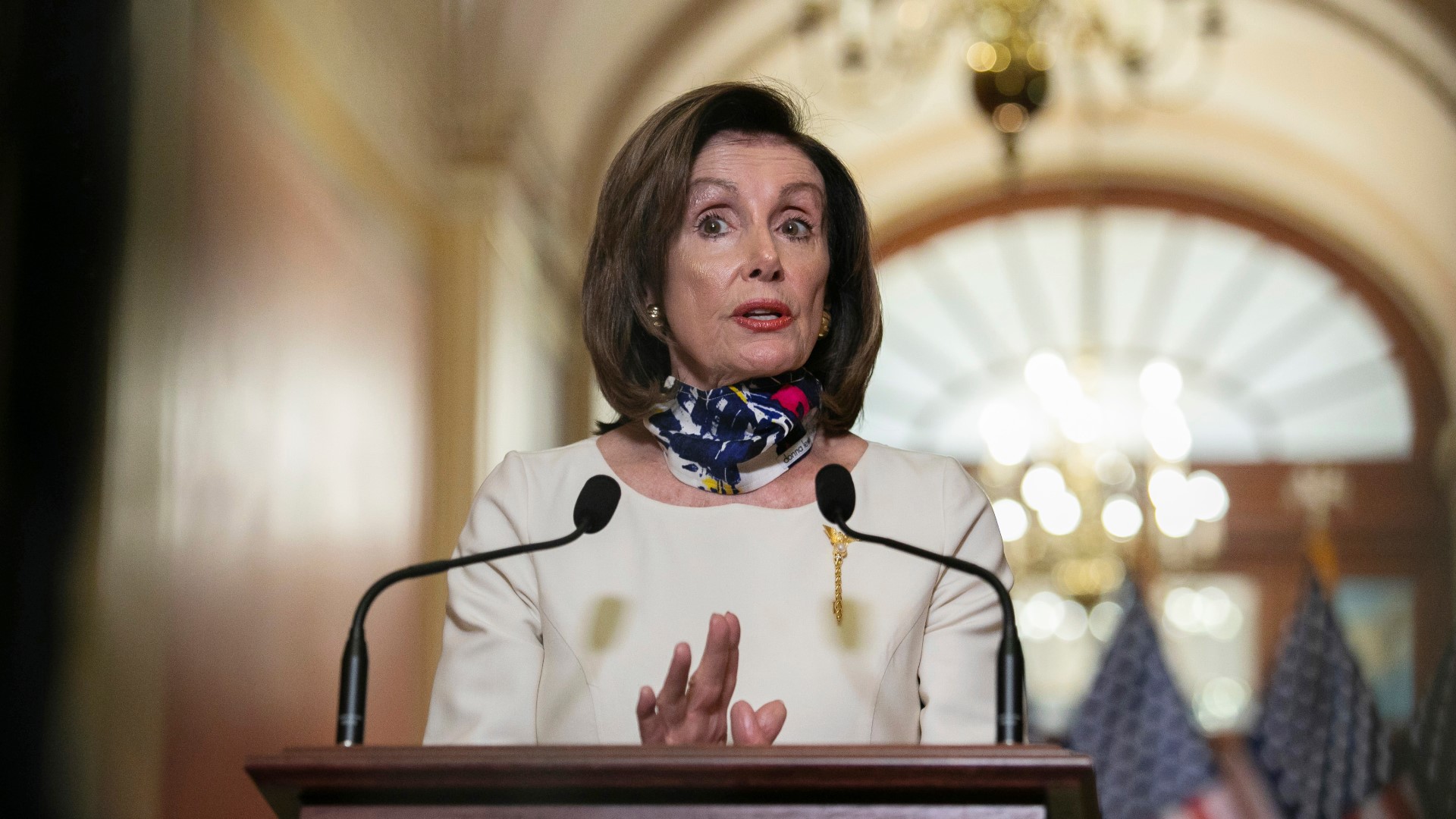 MAINE, USA — As the coronavirus pandemic continues to affect our nation, congressional leaders in Washington D.C. are trying to determine the most effective means of supporting Americans.

On Tuesday, Democrats from the U.S. House of Representatives introduced a new $3 trillion stimulus bill called the HEROES Act. Frontline workers from a number of industries in Maine came together during a virtual Zoom press conference the next day to urge our state's leaders to prioritize certain aspects of the bill.

The HEROES Act is almost a trillion dollars more than the $2.2 million CARES Act, which is the largest stimulus bill ever passed in our nation. If passed, the HEROES Act would provide taxpayers who make up to $75,000 another one-time payment of $1,200. This time around, families would be able to receive up to $6,000.

The HEROES Act would also include $875 billion for state and local aid, and it would remove a size threshold. This means that, if passed, all Maine towns would be eligible for help.

RELATED: Another $1,200 may come your way in a new stimulus bill

Individuals who spoke at Wednesday's Maine American Federation of Labor and Congress of Industrial Organizations (AFL-CIO) meeting represented firefighters, nurses, state employees, postal workers, and construction workers. They are asking Maine's congressional leaders to emphasize the parts of the HEROES Act that would protect workers' health and safety, as well as provide more funding to their industries.

The AFL-CIO added that the coronavirus pandemic has put education, health care, police and fire protection, and firefighters at risk of losing funding.

Nurses are asking Congress to close a loophole in the Families' First Coronavirus Response Act that prevents many health care workers, first responders, and other frontline employees from accessing paid family leave to protect themselves and their families from COVID-19 exposure.

The AFL-CIO says that health care workers make up almost a quarter of the number of Mainers who have tested positive for the virus, so nurses say it's critical that this exemption is repealed, which is what the HEROES Act would do.

Firefighters are expressing a need for financial help. Michael Crouse is president of the Professional Firefighters of Maine. He says the economic, medical, and personal toll the coronavirus pandemic has had on departments across the state has been "immense".

"That’s why the Professional Firefighters of Maine is working even harder to ensure our elected officials at the federal level do everything possible to protect our way of life and to assure our first responders have access to the resources needed to remain on the front lines," Crouse said via Zoom.

The U.S. Postal Service is also urging Congress to grant them financial support. The HEROES Act would include $25 billion in funding for USPS and other measures to support postal service, but they are asking for $75 billion.

Bridget Cervizzi of Westbrook is the vice president of the National Association of Letter Carriers Branch 92. She says that her job as a letter carrier is as important as ever, since a lot of USPS workers are delivering things like lifesaving drugs, lab tests, mail-in ballots and other critical mail to homes around the country.

Construction workers are also calling on Congress to prioritize the rebuilding of our infrastructure. The HEROES Act includes funding for highway construction and improvement, which workers in this industry say will help create stable union jobs for Mainers who are currently unemployed.

The House could vote on the HEROES Act as early as Friday, May 15. If passed, the bill would likely be met with resistance from Senate Republicans.

They are not expected to vote on any new relief until June, after a Memorial Day recess. Republican Senate Majority Leader Mitch McConnell recently told reporters, "I don’t think we have yet felt the urgency of acting immediately."

RELATED: 'It's millions of dollars sitting there' | Maine potato industry hit hard by the coronavirus pandemic