Only 20 percent of summer camps opened in 2020. The majority plan to open this year with proven safety protocols in place 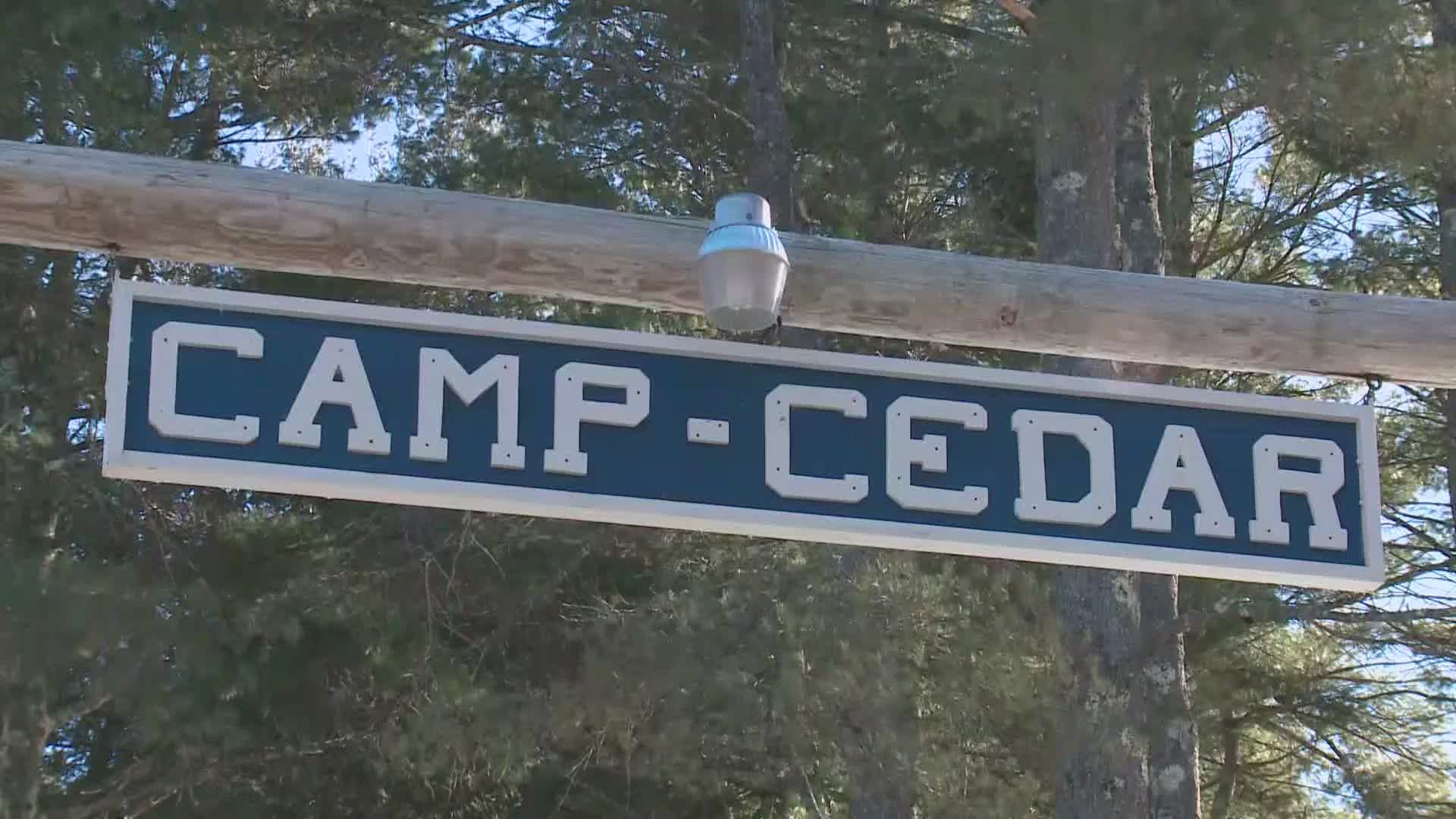 MAINE, USA — It's quiet at Camp Cedar in Casco. It is January after all. But despite the cold and lack of campers, there is much work being done to get the family-owned-and-operated camp ready to reopen this summer.

"Some people it's their whole childhood. Kids grow up with us from 8-years-old and we still keep in touch with them," Camp Director Jeff Hacker said.

Hacker, once a camper and counselor at Camp Cedar, is now a director. He said the pandemic forced the camp to close its doors last year for the first time in its 67-year history.

"We were trying to make it work, went through so many meetings with doctors and immunologists, but it was clearly the right decision for us not to open," he said.

They weren't the only ones.  About 80 percent of summer camps in Maine didn't open in 2020.

"It was the most difficult decision they made for themselves and the kids," said Ron Hall, the Executive Director of Maine Summer Camps. Maine Summer Camps is a nonprofit association that represents 140 of Maine's 175 licensed camps.

Hall said the camps that did open last summer proved so successful four of them received national recognition for preventing outbreaks.

"Maine was the gold standard last year for many camps," Hall said.

And it's those camps that are now sharing what they learned.

"The camps that did open [were] great for everybody they got a blueprint they learned a lot," Hacker said.

Camps kept campers and staff safe by providing layers of protection—among those steps were testing, quarantining, extensive cleaning, cohorts, mask, social distancing, and keeping campers and staff members in their own bubbles. Essentially, not allowing staff to come and go from the camp.

"As the season goes on we'll be a shelter in a place, kind of like a bubble," Hacker said.

These new procedures may change the look of the camp but certainly not the feel of it.

"It's not going to mess with the magic of camp," Hacker said. "The spirit of that will be alive and well."

If you're interested in sending your child to summer camp you will want to make reservations early.

According to Hall, even if all camps open they will most likely not be operating at full capacity—which means they will fill up quickly.