Sen. King on recovering from COVID: 'Vaccine saved my life’ 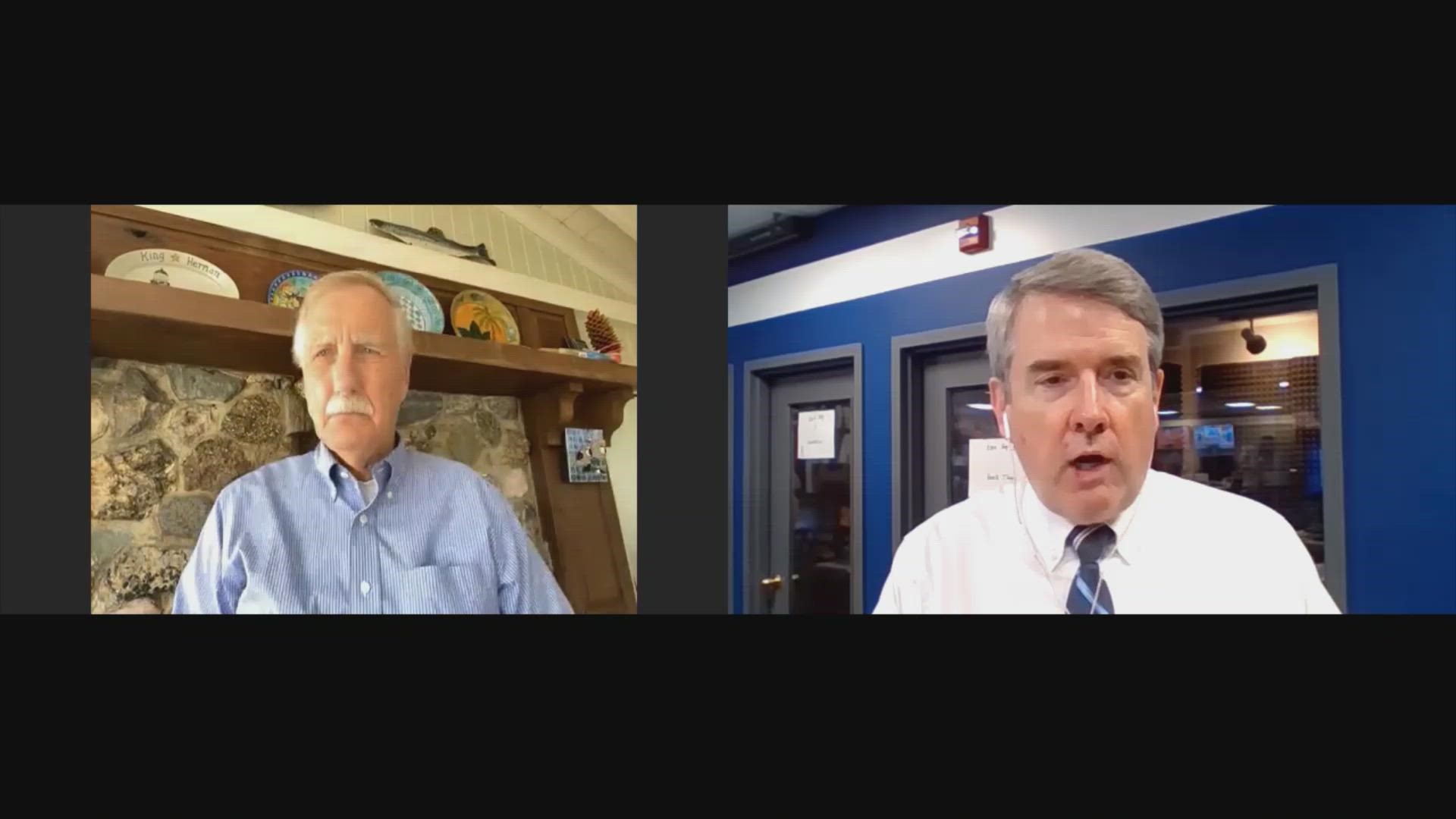 BRUNSWICK, Maine — U.S. Sen. Angus King is feeling better after a COVID-19 scare, and he said he’s convinced the vaccine saved his life.

The 77-year-old independent said he hopes that his rough-and-tumble experience in which he received an infusion to fight the virus will help others who might be on the fence about getting vaccinated.

King's 10-day quarantine ended Sunday. He said he spent the time reading, listening to audiobooks, and participating in conference calls about the situation in Afghanistan.

"It was like the worst head cold you've ever had times two," King said. "Sore throat, a fever, chills, body aches, headache, and cough to the point -- you've probably had a cough where your ribs hurt?"

He said he understands that some might question the vaccine's value since he still ended up getting COVID-19. But he said his symptoms were bad enough that he believes he would've been hospitalized if he hadn't received the vaccine.

"That's one of the messages I want to convey. You can’t let your guard down," King said. "I’ve been fully vaccinated, felt fine, I was still wearing a mask on airplanes and around the capital in Washington, but I wasn’t as diligent as I probably should’ve been about social distancing. Listen, if I hadn’t been vaccinated I’m quite sure I would’ve been in the hospital. It would’ve been much more serious."