The Maine CDC announced the new cases in a press release Sunday afternoon. 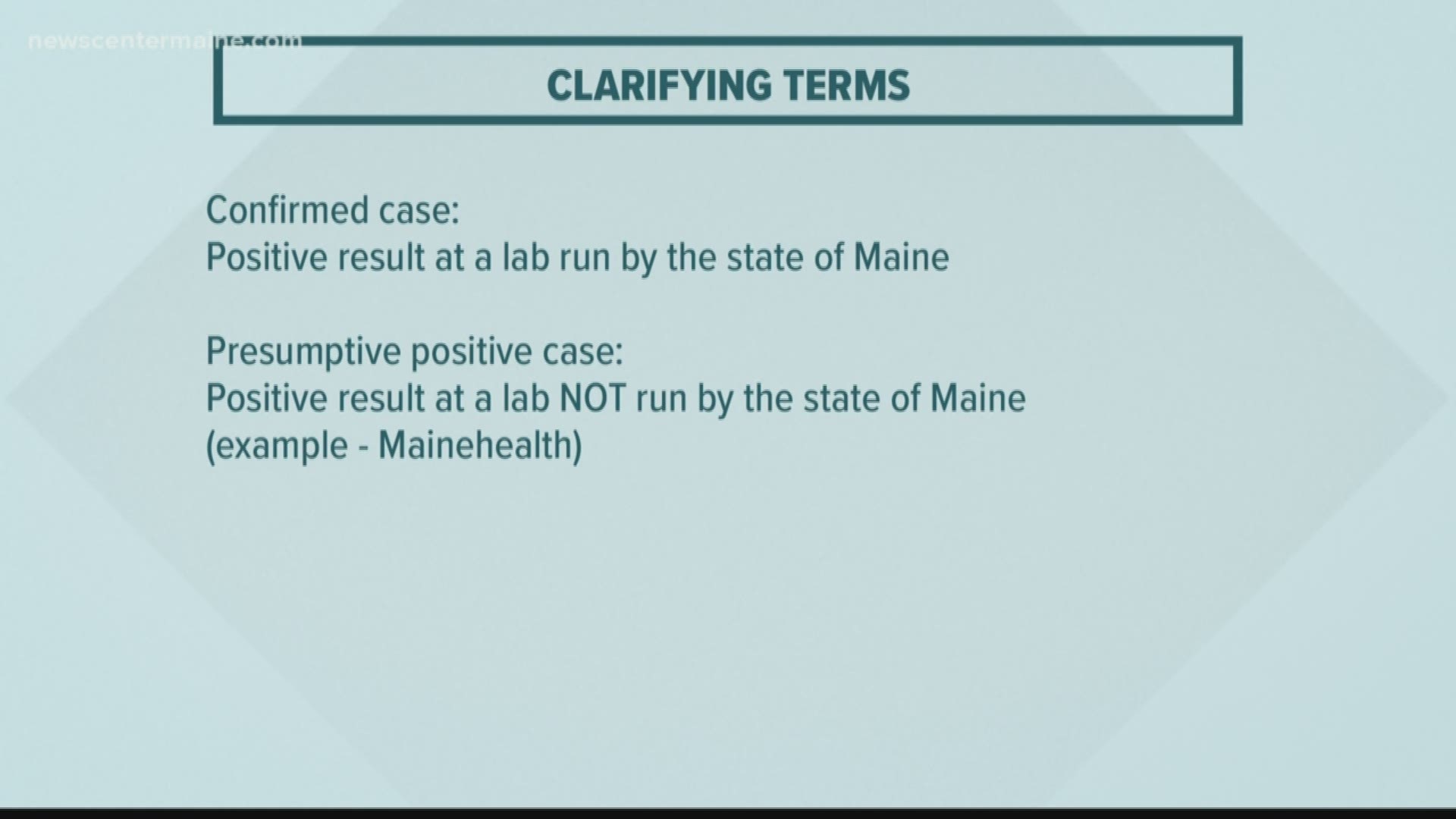 Here is how the Maine CDC distinguishes the difference:

According to OceanView at Falmouth, a retirement community, two of the new presumptive positive cases are related residents who live at OceanView. They said one resident is under their doctor’s care at Maine Medical Center (noted below by the Maine CDC) and the other is recuperating at home.

The Maine CDC said the following about the new cases in a press release Sunday:

"The presumptive positive tests are for the following individuals:

Affected individuals have been notified. More information will be released when it becomes available. Samples from these five individuals and other presumptive positive tests continue to be sent to Maine CDC for review.

HETL is receiving samples and conducting testing for COVID-19 seven days a week.

Maine has seven confirmed cases and five presumptive positive tests at this time.

One case identified Friday as a preliminary presumptive positive has been reclassified as negative, based on Maine CDC’s review of a sample submitted by a lab affiliated with MaineHealth. Retesting yielded negative results, and U.S. CDC concurs with Maine CDC’s determination. This test result involved a woman in her 20s from York County, who was being cared for at Maine Medical Center in Portland."

Cape Superintendent Donna Wolfrom told parents the notice was sent out so everyone involved could be prepared.

"Staff and students may have been exposed to the virus and we are informing you out of an abundance of caution," Wolfrom said. "Please monitor yourself for signs and symptoms. Call a healthcare provider if you develop symptoms. It is important that you call a healthcare facility before you show up in person. Testing is not recommended if you do not have symptoms."

So, to summarize: In Maine there are seven confirmed cases, and five presumptive positive cases of COVID-19.

The Maine CDC's latest update comes on the same day Maine's two largest ski areas announced they will close early this year due to coronavirus fears. Sunday River and Sugarloaf both announced Sunday they would suspend ski operations until further notice.

Maine's Governor Janet Mills is taking action to help Maine small businesses and workers as fears and concerns grow during the coronavirus outbreak.

In a release sent Sunday, Mills outlines steps she is taking to help Mainers out. She is requesting Federal funds for Maine Small Business as well as relaxing some red-tape during workers unemployment insurance process.

On Sunday, New Hampshire Governor Chris Sununu announced that all K-12 public schools in the state will move to remote learning immediately due to the coronavirus pandemic.

Schools will be closed Monday, March 16 to allow each school district to develop a plan to transition to remote instruction.