Maine and New England states continue to lead the U.S. in vaccinations, but vaccinations are down amid rising cases and hospitalizations across the country 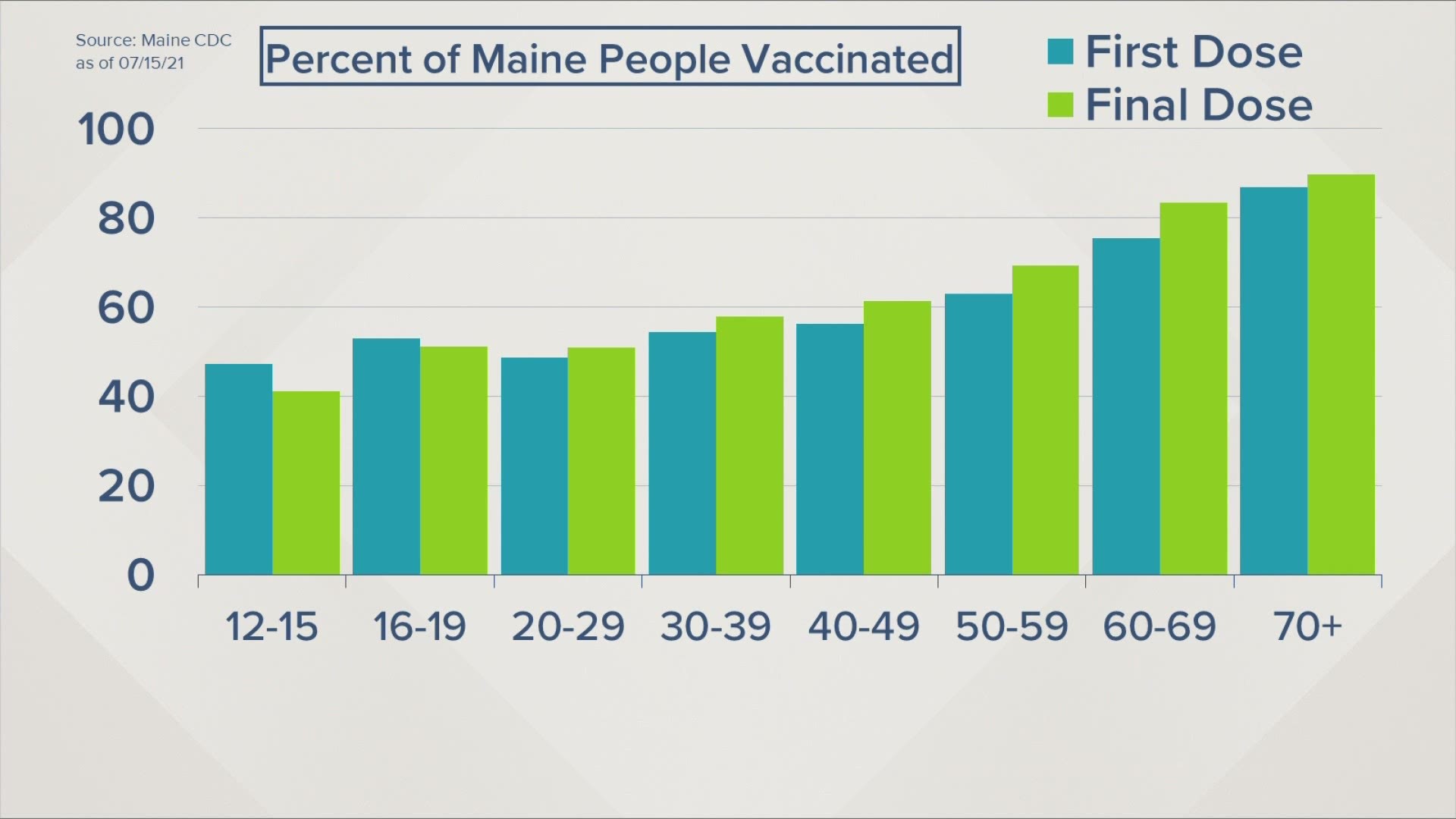 MAINE, USA — Maine is among four states in the U.S. that have surpassed the 70% mark for people aged 12 and older who are fully vaccinated against COVID-19, data from the U.S. Centers for Disease Control and Prevention shows. In recent weeks, however, vaccination rates have leveled out in Maine and across the country. The stagnant vaccination trends come as the U.S. is facing another potential surge, with increasing cases, hospitalizations, and deaths. U.S. CDC Director Dr. Rochelle Walensky said the U.S. is becoming “a pandemic of the unvaccinated.”

Maine’s vaccination efforts have gotten nationwide attention, including that of First Lady Dr. Jill Biden, who visited Cape Elizabeth over Fourth of July weekend to celebrate America’s progress against the virus. As of Friday, 71.1% of Mainers 12 and older have gotten a final dose of the vaccine, according to data from the U.S. CDC, trailing only Vermont, Massachusetts, and Connecticut.

But in the past 12 days since July 4—which marked the end of the state’s vaccination sweepstakes that was announced encourage vaccinations—final doses have increased by just 10,187. For comparison, Maine's vaccination peak came during the week of April 4-10, when 68,084 final doses were administered across the state.

The state is not letting up on its efforts, despite decreasing vaccination rates. On Tuesday, the Maine Department of Health and Human Services opened a new vaccine clinic at the Portland Jetport, offering the one-shot Johnson & Johnson vaccine for those 18 and older. Travelers and residents are welcome to get vaccinated at the jetport, no appointment necessary.

Robert Long, the spokesman for the Maine CDC, told NEWS CENTER Maine on Friday that 18 doses of the J&J vaccine have been administered through Thursday since the jetport vaccine site opened Tuesday.

The clinic is open daily from noon to 8 p.m.

Update: the @portlandjetport #COVID19 #vaccine clinic is off to a great start. We just vaccinated our first client! pic.twitter.com/agQUmuUFNd

RELATED: CDC director: COVID in US becoming 'pandemic of the unvaccinated'

Health officials also remain concerned about the delta variant, which has quickly become the dominant strain of the virus in the U.S. Early studies show it could be two times more contagious than the original virus.

In Maine, there have been five confirmed cases of the delta variant, and five unconfirmed, pending verification by genome sequencing.

Two epidemiologists from Johns Hopkins University Dr. David Dowdy and Dr. Priya Duggal, who used research studies released from the companies that developed the COVID-19 vaccines, say so far, research shows the vaccines have similar levels of effectiveness to the delta variant as they did against the original strain of the virus.

Even with the latest surge in the U.S., cases are nowhere near their peak of a quarter-million per day in January. Deaths are running at under 260 per day on average after topping out at more than 3,400 over the winter — a testament to how effectively the vaccine can prevent serious illness and death in those who happen to become infected. 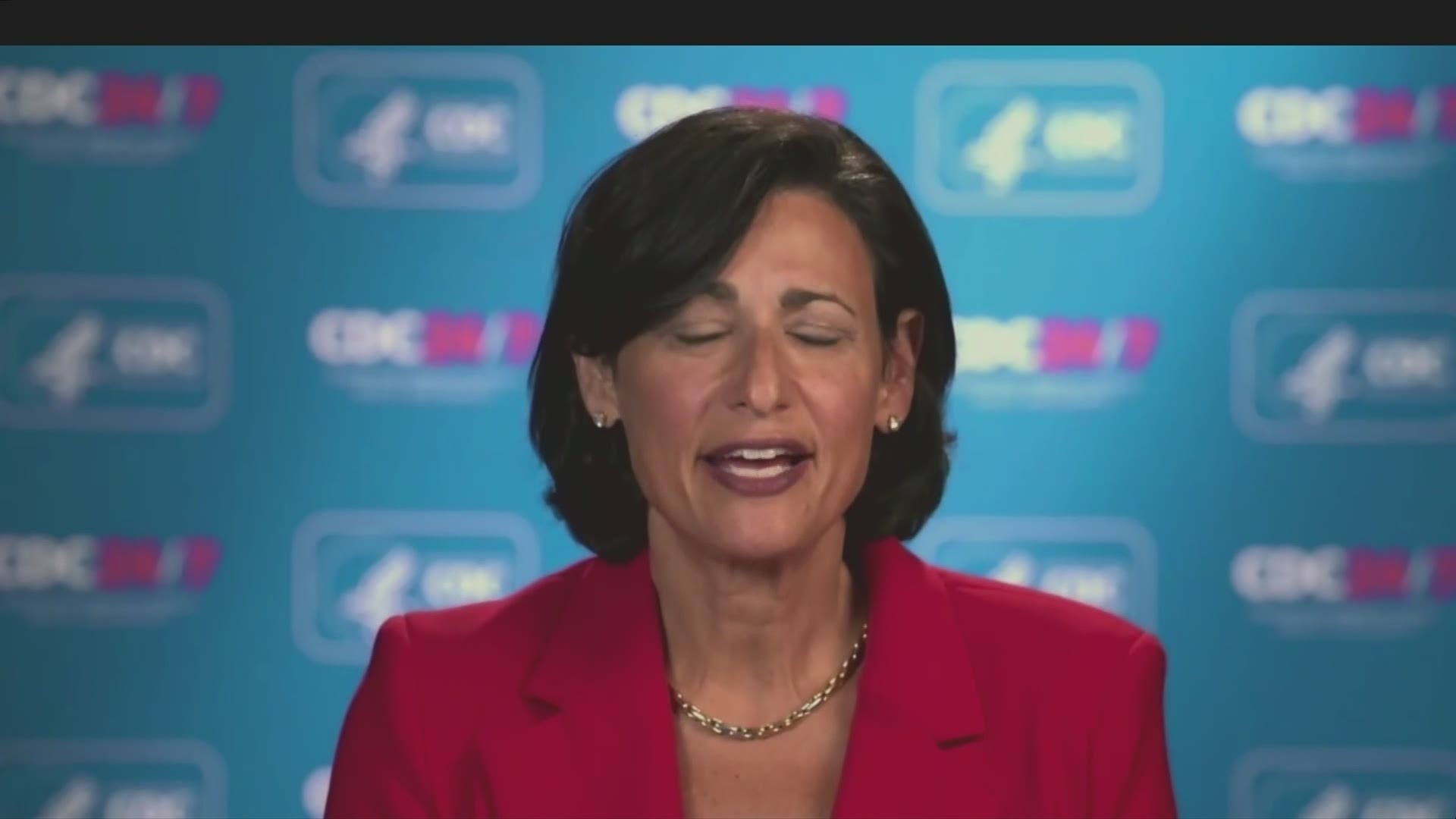