Commissioner Makin said she expects schools to follow the U.S. CDC guidelines for universal masking in schools, despite districts that voted down mask rules. 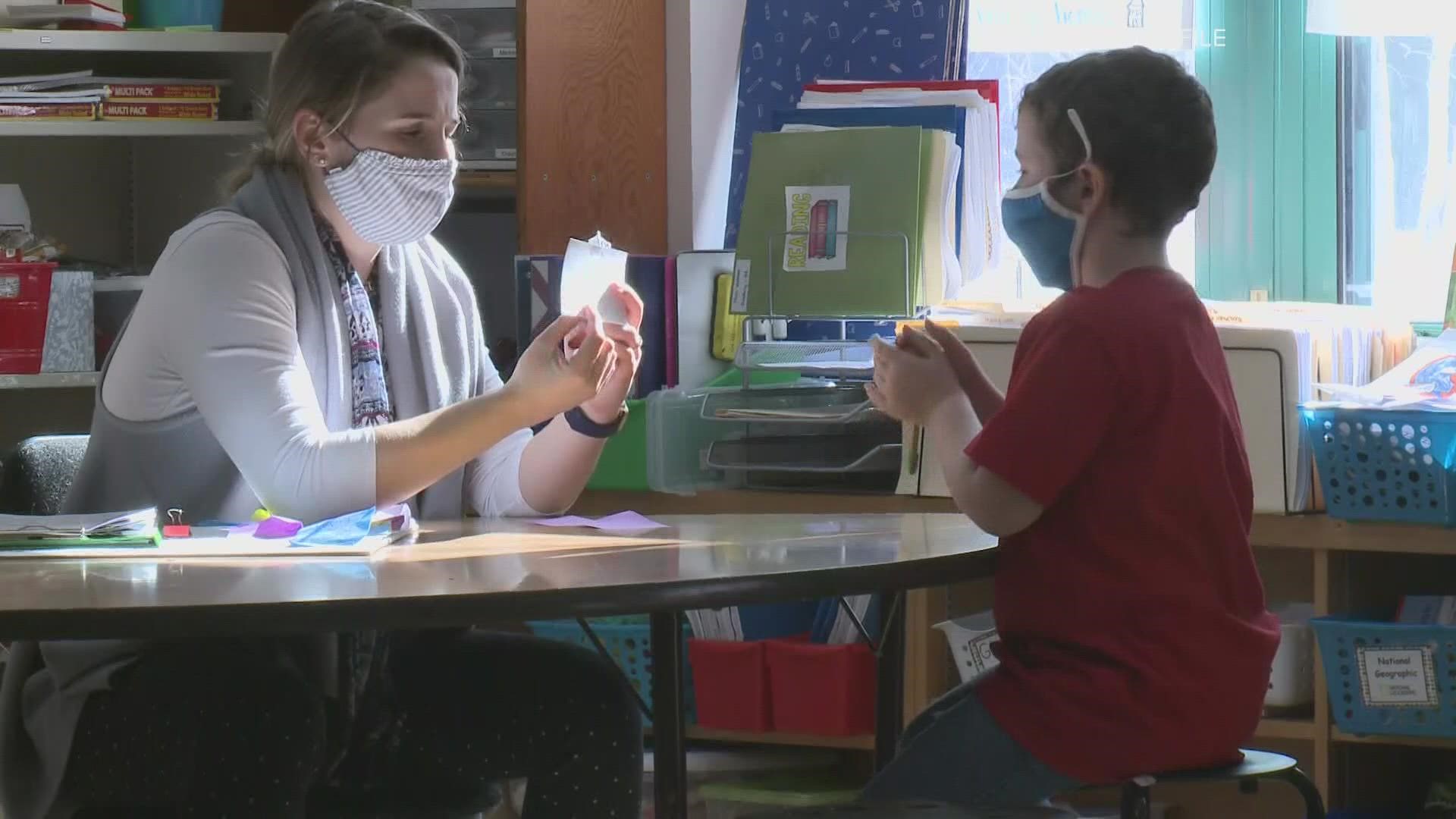 AUGUSTA, Maine — Maine Department of Education Commissioner Pender Makin said Wednesday she expects all schools to follow the U.S. CDC guidance that calls for universal masking in school buildings regardless of vaccination status as campuses across Maine close or shift to remote learning amid COVID-19 outbreaks.

That guidance from the CDC also calls for three-foot distancing between students in classrooms to prevent transmission risk.

"I think it's possible and highly likely that we're going to see five days a week of in-person learning," said Commissioner Makin.

On Tuesday, Portland High School was closed due to contact tracing of a COVID-19 case. On Labor Day, Mildred L. Day Elementary in RSU 21 closed and shifted to remote learning for the week due to COVID-19 cases that led to 143 close contacts. Some schools have only been in session for a week.

"To say it's disheartening would be an understatement. I have absolute confidence in the capability of our schools to keep students safe, to keep them continuing in their educational progress and I couldn't be prouder of the schools," said Makin. "It's very challenging to be in the middle of a pandemic that is continuing to rage on and surge here in Maine and realize that we are not in control. We are not in control of that. So what we do is we get focused on what we can control."

When asked if the DOE is considering asking for a mask mandate that aligns with the U.S. CDC guidance for schools, Makin referenced that guidance.

"We're making sure schools have the information and guidance they need," said Makin. "That guidance is unequivocal in that they're saying that there should be universal indoor masks worn by all people in a school setting right now, particularly during this surge, so I think that's where we stand."

Enforcement of such is at the local level. Some districts have voted to make masks optional.

"There is the universal, absolute expectation that schools are implementing universal masking," Makin said.

That expectation is not a mandate or requirement.

"It is an expectation because public health officials know what is safe and healthy for students," Makin said. "It's one of the primary responsibilities of school boards and superintendents and schools, in general, to ensure the safety of students and staff throughout the school day."

Makin said the DOE is not the entity that would enforce the US CDC guidance.

"It's an awful thing to say but in some cases, the law of natural consequences, is what is enforcing and what is changing the minds of school boards," Makin said. "It's unfortunate that has to happen in one community. I hope that other communities will recognize that that also could be them and that they would take action before the law of natural consequences, is the enforcer."

"The wearing of masks indoors has become politicized, to, I think, an absurd point right now. I would ask all communities to remember that the most important thing is not politics: it is the well-being of students. It's the health and safety of the students and staff in those schools. We're hoping that people will prioritize that because wearing masks, getting vaccinated as soon as possible. Following those are our best chance to have five days a week in-person education for all students, it's going to take a community effort. Every one of us is responsible for supporting that environment for learning," said Makin.

The commissioner said protection of kids who are too young to get the vaccine also involves the pooled testing programs, distancing, hygiene, and vaccination clinics at schools for those who are eligible.

We spoke with @mdoenews Comm. Pender Makin 1-on-1 this morning re:
- #masks in schools
- pooled testing
- #vaccine clinics.

At 5:30, hear why she says politicization of masks is 'absurd,' and what the state expects schools to do to protect kids @newscentermaine #Maine pic.twitter.com/asvdCul6iH