Dr. Shah says that the experts need to pay a lot more attention to social distancing, especially among younger people. 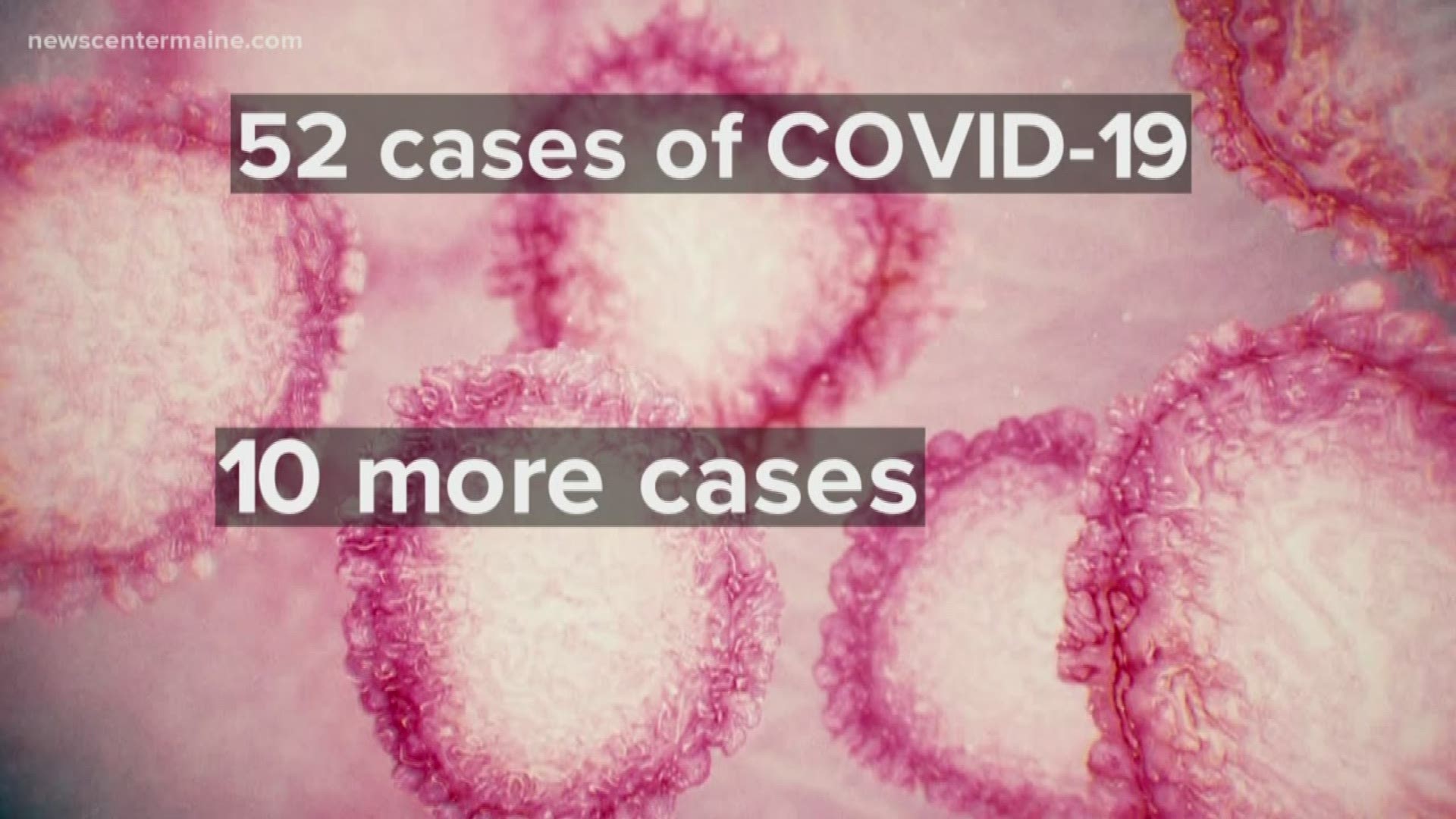 AUGUSTA, Maine — The Maine CDC says 10 more Mainers have confirmed positive tests for the new coronavirus, or are presumed to have it, based on initial testing. The CDC released the latest numbers Thursday morning, showing 52 people have the coronavirus. More than 2,000 people, it says, have tested negative for the virus.

The CDC says the numbers are further evidence that two primary steps it has been talking about are reducing the size of any gathering and keeping people at a social distance from each other are the best defense we have against coronavirus.

But they also say there are some new research about who is getting sick that may be surprising.

Maine CDC Director Dr. Nirav Shah says elderly people are still at high risk, but also says new research by the national Centers for Disease Control shows that 40 percent of those who have been hospitalized for the virus nationwide are actually between ages 20 and 40.

Dr. Shah says that the experts need to pay a lot more attention to social distancing, especially among younger people.

He says the key questions they ask patients are aimed at determining how and where they caught the virus because that then leads to a better understanding of how it spreads.

“As we find new cases in other counties one of the first questions we ask is where have you been? Have you traveled? Is anyone in your family been traveling, has anyone you came in close contact with been traveling? If the answer is no that gives evidence of community transmission.”

New numbers are expected to be released Friday.