President and CEO of Jackson Lab Ed Liu says "genetic background" can be the difference between having severe symptoms and having very few symptoms. 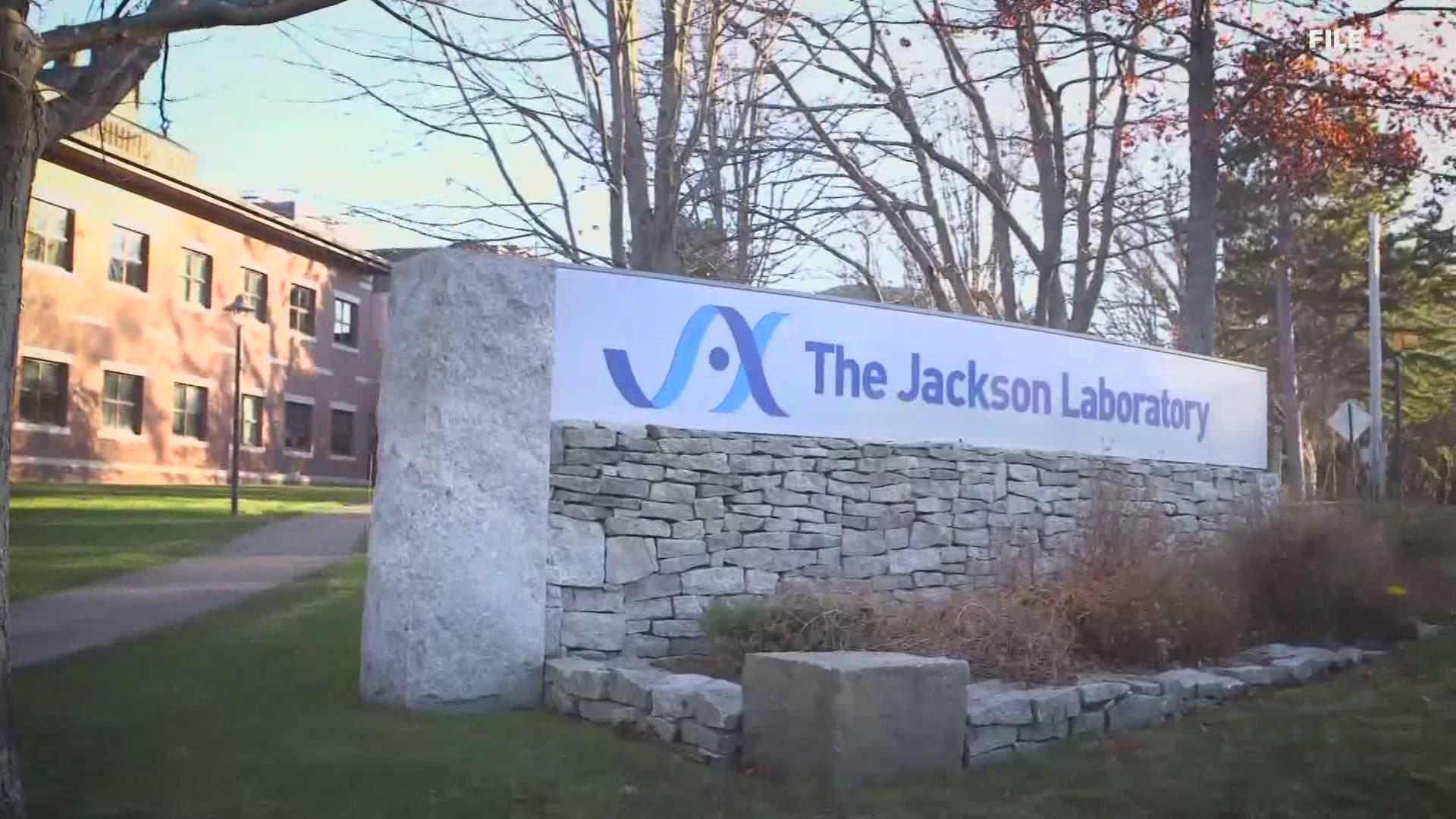 BAR HARBOR, Maine — Scientists out of Jackson Laboratory in Bar Harbor have been working since the start of the pandemic, developing genetically modified mice to support COVID-19 research.

Their mice continue to be part of vaccine studies, as well as research to determine whether genetic make-up influences how a given individual reacts to contracting COVID-19.

President and CEO of Jackson Laboratories Ed Liu said one of the biggest questions in science right now remains to be why some people die from this disease and others have very few symptoms.

Lui said preliminary research suggests it does "genetic background" does have an impact.

The genetically modified mice, or "animal models" played a role in COVID-19 vaccine development throughout most of 2020.

As we first reported in April, Jackson Lab has been breeding a special kind of mouse called "Ace-2 receptor mice," which allows researchers to test COVID-19 drugs and vaccines.

Ace-2 receptor mice have altered cells that allow them to be infected by COVID-19.

As Liu explained back in April, "COVID-19 enters your cells by a surface protein in you called Ace-2. Now, the mice have Ace-2 as well, but the mouse version doesn't bind to COVID-19. So by engineering the mouse to have human Ace-2, we now have a model for infectivity."

Shipped out from Bar Harbor, the mice became part of a global research effort. They were shipped out to more than 200 labs globally.

Monday, with both the Moderna and Pfizer vaccines approved to be used in the United States, Liu reflected on the work the lab has done to contribute to that success.

"Our contribution is in two areas. Number one, all of these vaccines have gone through model system testing, that is animal models, in order to look at antibody response," Lui said.

In other words, both the vaccines have been approved after testing on animal models such as the mice developed at Jackson Lab in Bar Harbor.

The lab's second contribution, according to Liu, is "looking at the dynamics of antibody response using unique systems," which includes patient samples.

The COVID-19 vaccines were expedited to consumers, but Liu said people should not be concerned that "short-cuts" were taken, or that the vaccines are any less safe because of that.

"When you have an emergency, you don't go at a snail's pace. When there is a fire, you put on the sirens and you jump the red lights, right? So in this circumstance, I believe everything that was expedited was done in a safe manner and was all justified."

Liu said he's looking forward to getting a dose of a vaccine.

"The benefits clearly outweigh the risk for me," Liu said.