'It's been two months without a paycheck': Mainers face desperation over unprocessed unemployment claims amid COVID-19

An estimated 70% of the more than 100,000 people who filed initial claims since mid-March are receiving benefits. 30,000 are still looking for answers. 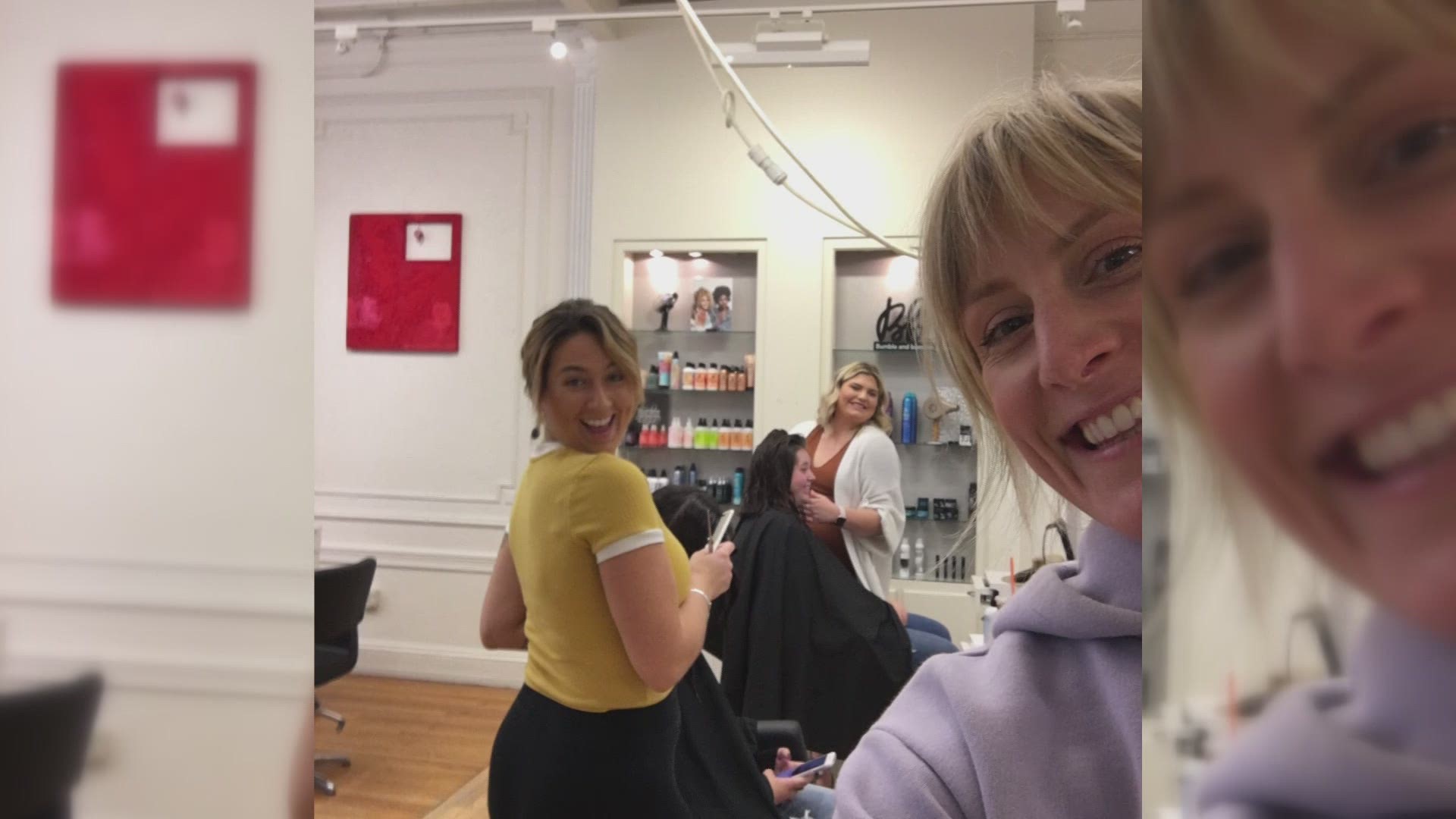 MAINE, USA — Maine's unemployment system is overwhelmed as a record number of Mainers claim benefits as a result of the COVID-19 pandemic.

As of the end of April, it's estimated that 70% of the more than 100,000 people who filed initial claims since mid-March have been receiving benefits.

The Maine Department of Labor (MDOL) has so far paid out more than $200 million in benefits to eligible Mainers.

Jenny McEdward, a wife and mother of two from Portland, isn't one of them.

"My husband and I were furloughed from our jobs similar timing," Jenny said.

Her husband Justin had no problems getting his benefits. As for McEdward, a hairstylist at Akari in Portland, she's been waiting two months for an unemployment check.

"Fortunately, we don't live paycheck to paycheck, so we've been OK affording food, and we're able to hold our mortgage for three months so that has been really helpful," Jenny said.

What hasn't been helpful for Jenny or the hundreds of people who have left comments on the MDOL Facebook page is what they are calling confusion and a lack of communication with the process.

"I tried calling and it literally says the lines are busy and click," Jenny said.

Jenny filed a traditional unemployment claim, but last Friday, May 1, Maine expanded unemployment benefits to now include self-employed workers, benefits created by Congress as part of a $2 trillion stimulus bill.

Arvelo, a photographer who has photographed families, newborns, and weddings for more than 20 years, filed a claim on Friday hoping for the best.

"At this point, I don't really care if my business can survive. I really want to survive as a person. I want to make sure I can provide for my family."

The MDOL says it is continuing to streamline the process for those whose claims needed further review and have not received benefits as a result. For example, thousands of people who have not yet received benefits, because they were ineligible for state unemployment, have been automatically enrolled in the new Pandemic Unemployment Assistance (PUA) program that was implemented on Friday, May 1.

In the first four hours after the PUA program was implemented the online system processed more than 3,000 applications. Thousands more claims were processed over the weekend, and they continue to accept applications.

According to the Department, these figures do not include prior claimants who were not eligible for state unemployment and are part of the 30% who have not received benefits yet whose claims were automatically rolled into PUA per our streamlined process.

Claimants whose claims do not require further review by unemployment specialists should begin receiving their benefits within seven days of when they filed or when their claim rolled over from a state UI claim into PUA. It is important to note that all benefits are retroactive. All claimants are reminded to file their weekly certifications every week, anytime Sunday-Saturday.

“We recognize the frustration that those who have not received benefits yet are feeling,” MDOL Commissioner Laura Fortman said in a statement. “MDOL is working hard to get eligible Maine people the benefits they deserve, as fast as possible. With the new Pandemic Unemployment Assistance program now implemented, thousands of those who have been waiting will soon see relief. It is the Department’s goal to ensure that every Maine person gets every benefit they are entitled to.”

RELATED: How to report violations of Gov. Mills' coronavirus orders