A month ago, the mom of two had no idea she would drop everything and leave her life in Fayetteville, Ark. to answer the call for help in New York City. 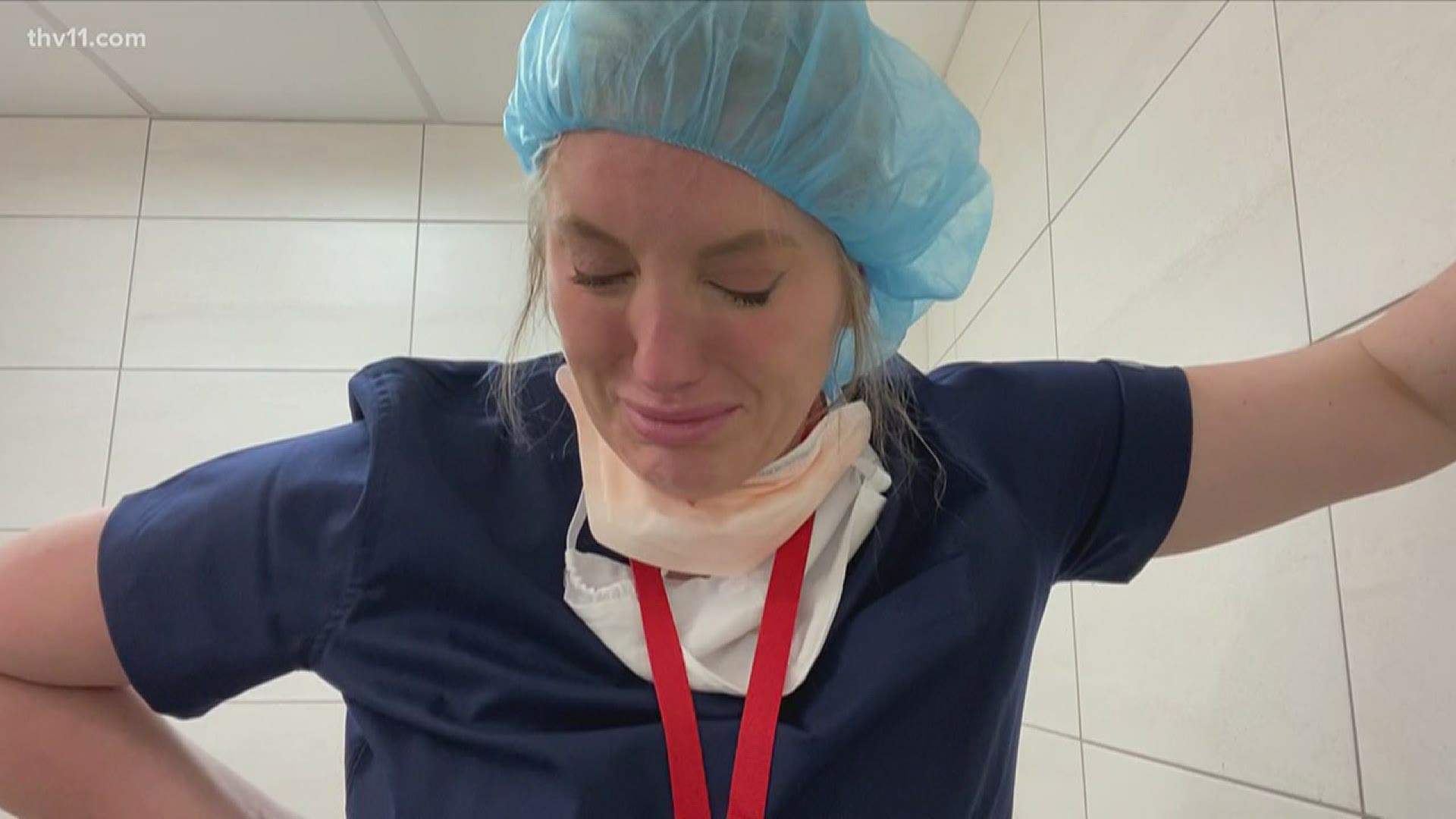 Health care workers across the country are going above and beyond the call of duty. Many are leaving their lives behind to help in some of the cities hit hardest by the coronavirus. That includes 30-year-old Erin Courtway.

A month ago, the mom of two had no idea she would drop everything and leave her life in Fayetteville, Ark. to answer the call for help in New York City.

“I’m going because I feel called and I feel like it’s the right thing to do,” said Courtway, in a video posted on YouTube.

Courtway, a registered nurse and student at UAMS, was furloughed from her nursing job at a clinic.

She decided to fly to the country's coronavirus hotspot to work in the ICU of one of the city's busiest hospitals.

The night before her first shift, she visited the hospital for orientation. In a video, she described being lost and getting directions from a police officer. The officer pointed out two large trucks, that were being used as a make-shift morgue.

RELATED: Getting tested for coronavirus in Arkansas: What you need to know

“It’s a lot of emotion. It feels like it’s not real,” described Courtway in the video.

Courtway said her experience so far has been eye-opening. She described some good moments, like connecting with a fellow Arkansas nurse. Other moments, though, she said were nothing she could mentally prepare herself for.

After a particularly difficult shift, she went to the bathroom and, through tears, recorded a video testimony.

“I’ve never in my entire nursing career seen the things I’m seeing," said Courtway. "I made the choice to come here, but right now I am questioning everything because I’m scared and sad for these people and it feels like there is nothing we can do for them.”

Courtway said the decision to leave her family was not an easy one, but she knows this is where she is supposed to be.

“One of things I hope to take away is just to realize that I was brave. I hope my kids, I hope they look back and are proud of me and know I felt a calling and I responded to that calling,” said Courtway.

Courtway said she will be in New York until June and then spend two weeks in quarantine.

She said she wanted to do an interview because she wants Arkansans to understand this virus is real and we need to take social distancing seriously.

RELATED: Arkansas healthcare heroes head to New York to assist on the frontlines