Initial numbers on COVID-19 and its impact on Maine exports 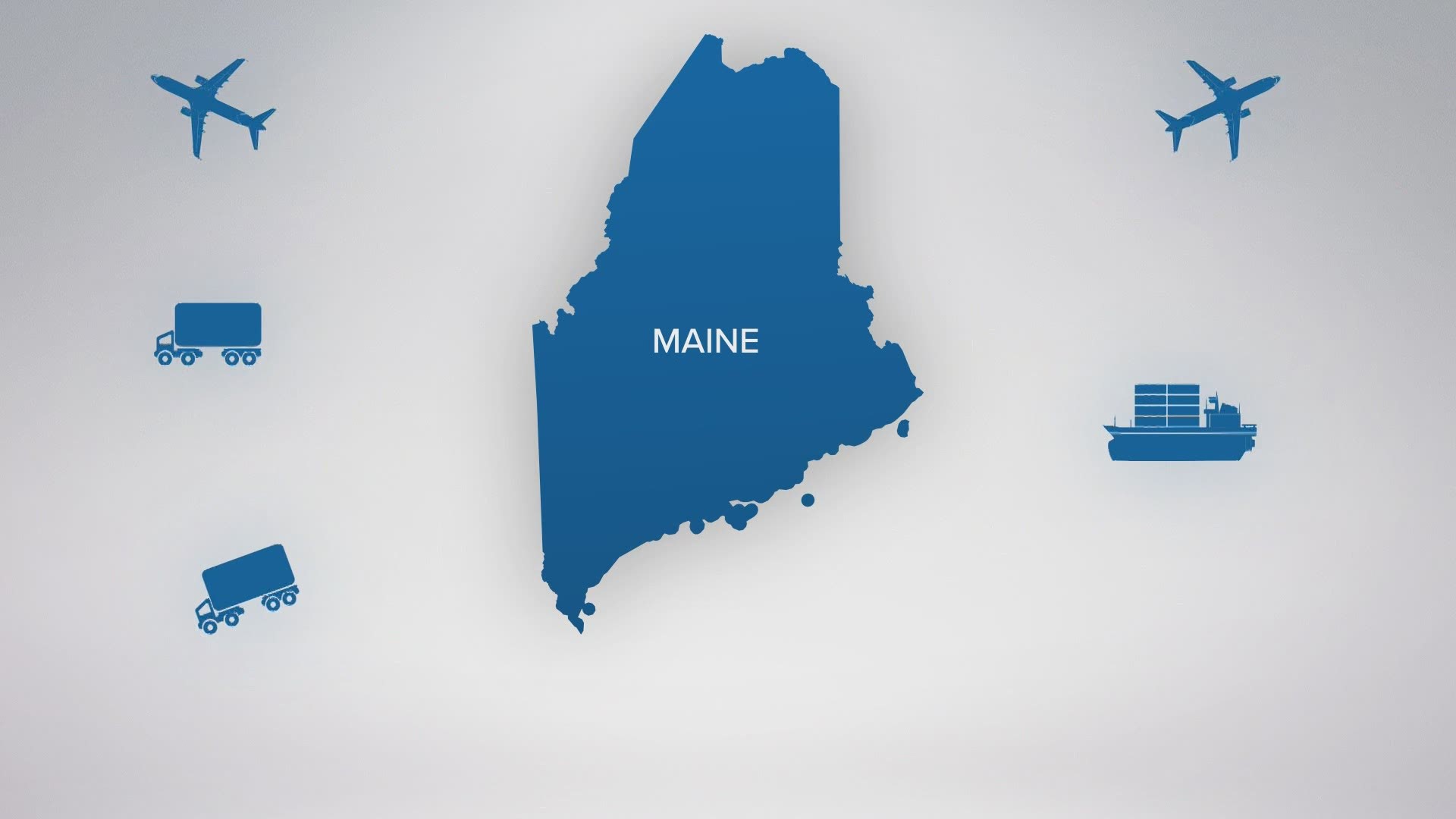 PORTLAND, Maine — As COVID-19 spread across the world, industries came to a crippling halt. In Maine, it was a similar trend. Workers left without jobs, others limited to working at home, governmental restrictions on travel and business operations, we knew it was bad for the economy, but now we are getting a glimpse at the preliminary pandemic numbers.

The Maine International Trade Center typically releases the state's export data in a year-over-year format. 2020 isn't a typical year. The MITC now is racing to read through the shipping data, month-by-month. With every month that passes, it gives us a look at what has happened.

The MITC does not give economic forecasts of the state, mainly because the most up-to-date trade information is through April. However, The World Trade Organization predicted trade in 2020, to fall globally between 13% and 32%.

“The trade picture changed," said Wade Merritt, the president of MITC. "2019 was already a year we were facing trade policy issues.”

Merritt says the state right now is down about 4% on exports, but depending on the industry, it's a completely different story.

Exports for Maine’s seafood industry made up of fish, crustaceans and aquatic invertebrates, are down 18.6% compared to the same period last year. It’s a drop of more than $14.6 million.

As some industries continue to struggle, others are rapidly expanding.

“We have seen some ups in petroleum products, transshipped through here," said Merritt. "Aircraft and aircraft parts, that was up through April and companies involved in the COVID response – life science companies.”

Maine ports are only seeing a modest decline, according to the MITC. Merritt contributed it largely to extra precautions taken to ensure the safety of the public and crews coming off ships.

“There has been a crunch on space. It has gotten a lot more expensive. Ocean freight costs have gone up because there is more demand for it.”

Passenger airlines are running on reduced schedules, another logistical leg of global trade. Companies that ship via belly cargo on planes are now competing to get products onto boats.

The makeup of cargo coming in and out of Maine has changed slightly.

Export data takes weeks to analyze, mostly because when a product is sold it has a different shipping date. In some instances, the shipping date could be the following month, affecting the prior month's export numbers. It's a distinction Merritt does not usually have to make, but he says it is an important one to paint the entire picture.

The MITC functions as the moderator for Maine businesses and other countries. Primarily trade shows and trips presenting and pushing Maine-made products have temporarily ended, causing the center to come up with new virtual ways to interact with potential customers.

“It opens up a lot of different opportunities for us because traveling overseas is expensive and it can be limiting with the number of companies participating in that. Obviously something like this is far less expensive and can be opened up to companies all over the state... It certainly has been interesting for our organization to rethink how we do this and how we position Maine and Maine’s companies in the global market.”

RELATED: Maine is open to tourists after the COVID-19 coronavirus pandemic