'I'm really proud of that,' says Shah of Bloomberg report that Maine leads nation in percentage of population fully vaccinated 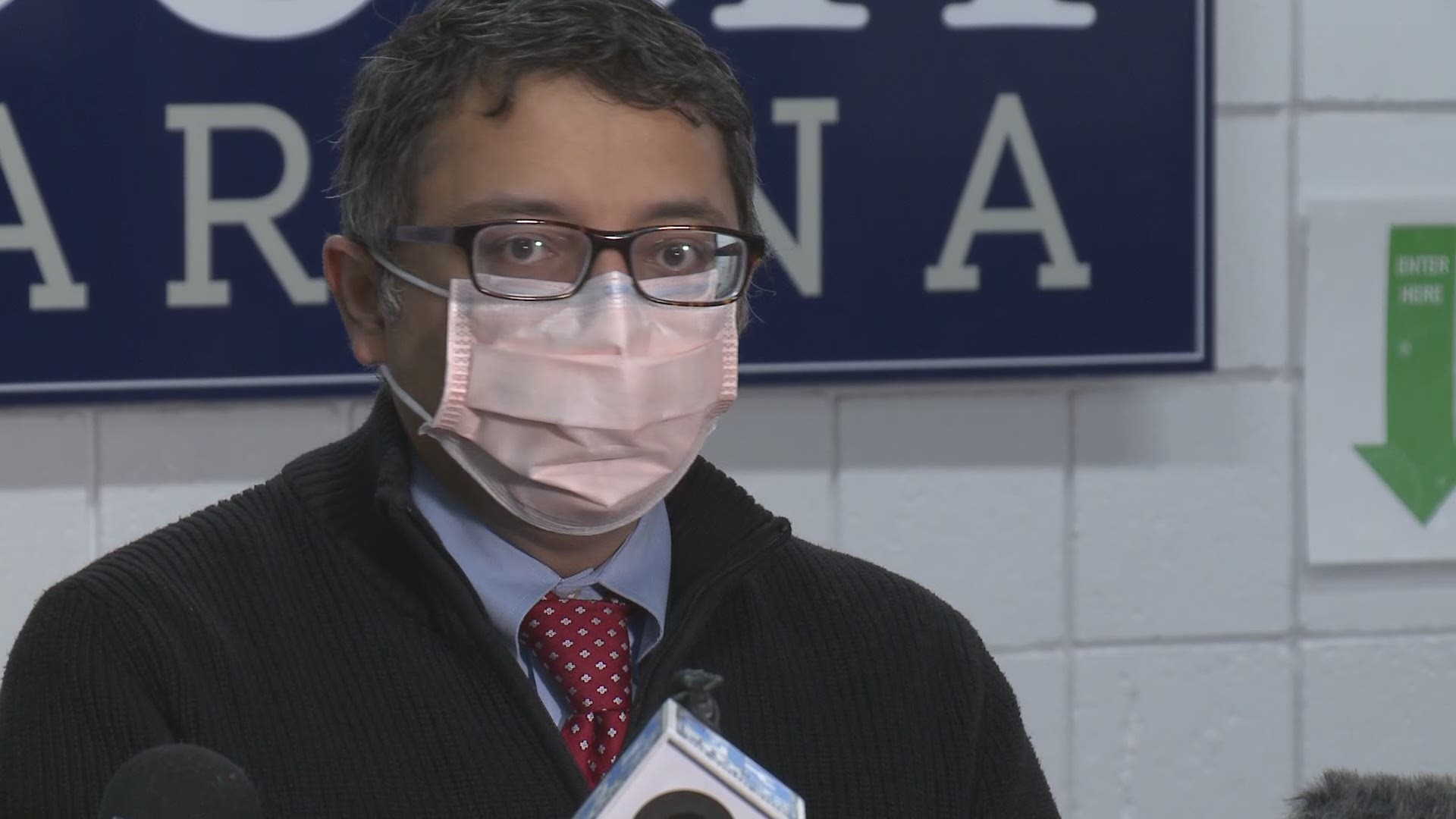 PORTLAND, Maine — Maine CDC Director Dr. Nirav Shah paid a visit to the large-scale vaccination site at the Portland Expo on Friday and, when asked about Bloomberg News' report that Maine leads the nation in percentage of population fully vaccinated, Shah said, “I’m really proud of that. I can’t underscore that enough. I’m really proud of that.”

According to Bloomberg, Maine is also third in the nation for percentage of population that has received first shots.

Bloomberg's analysis is based on percentage of total population vaccinated. According to Bloomberg, as of Monday, April 19, 32.3% of all Mainers are fully vaccinated and 48.5% have received a first dose.

“I think some of the secrets to our performance so far are, number one: Credit goes to Maine people. You can’t get ‘x’ percentage of your population fully vaccinated unless ‘x’ percentage of your population wants to be fully vaccinated," Shah said. "And at a time when other states across the country, from Alaska to Mississippi, are running into walls of hesitancy, we’re not seeing that. We’re seeing urgency in Maine.”

RELATED: How to schedule an appointment to get the COVID-19 vaccine in Maine

Shah also credited Gov. Janet Mills’ plan, which he said has ensured both efficiency and equity.

Shah had great things to say about the Portland Expo site's role in combatting the virus, as well as the site's commitment to reaching out to what he called Maine's "unempowered and unaffected" communities.

RELATED: Traveling for April vacation? Maine requires testing, quarantine, even if you have a shot of COVID-19 vaccine

Shah said the biggest thing that differentiates the Portland Expo site from other sites across the state is the targeted outreach they do to different communities across Maine.

"What this opportunity means is that groups who are of different ethnicities, different backgrounds who may not feel comfortable on their own one-on-one going and getting vaccinated can come in as a group. And our colleagues at Mercy and Northern Light will accommodate that. They'll allow for scheduling of 10, 20, 30, 50 people all at once who can come in as a group," he said. "But we all know from our own experiences in health care, getting through the door is only the first part. Navigating the entire system is really important as well. And so what our colleagues here at Northern Light have done is make sure that when those groups come in, they are provided cultural brokers, way-finders to help them go through the entire process from getting here to getting their shot."

Shah said this is important because as much talk as there is of vaccinating quickly, it's equally important to focus on who gets vaccinated.

When asked about the upcoming April school vacation and whether there are concerns of it leading to a spike in cases, Shah said that's a risk. But he also said, "in public health, what's predictable is also preventable."

"It's hard to know what may happen as a result of vacations. That is a risk. It's certainly a concern. After other vacation periods, whether it was Thanksgiving or then later in the December holidays, we did see increases and that's not surprising," he said. "The way that I think about that is that it's a risk we know about and what we've seen in the pandemic is we've had a pretty good average when it comes to predicting when there might be events that will lead to surges."

RELATED: Traveling for April vacation? Maine requires testing, quarantine, even if you have a shot of COVID-19 vaccine

If you are traveling outside of the state of Maine for April vacation, there are COVID-19 protocols you need to be aware of before you return.

If you leave the state, you must either:

There are two exemptions: