'I don't want my child to get sick': Wife of York County Jail employee contracts COVID-19

York County officials are launching an independent investigation into what the jail did and did not do to prevent the continued spread of the coronavirus. 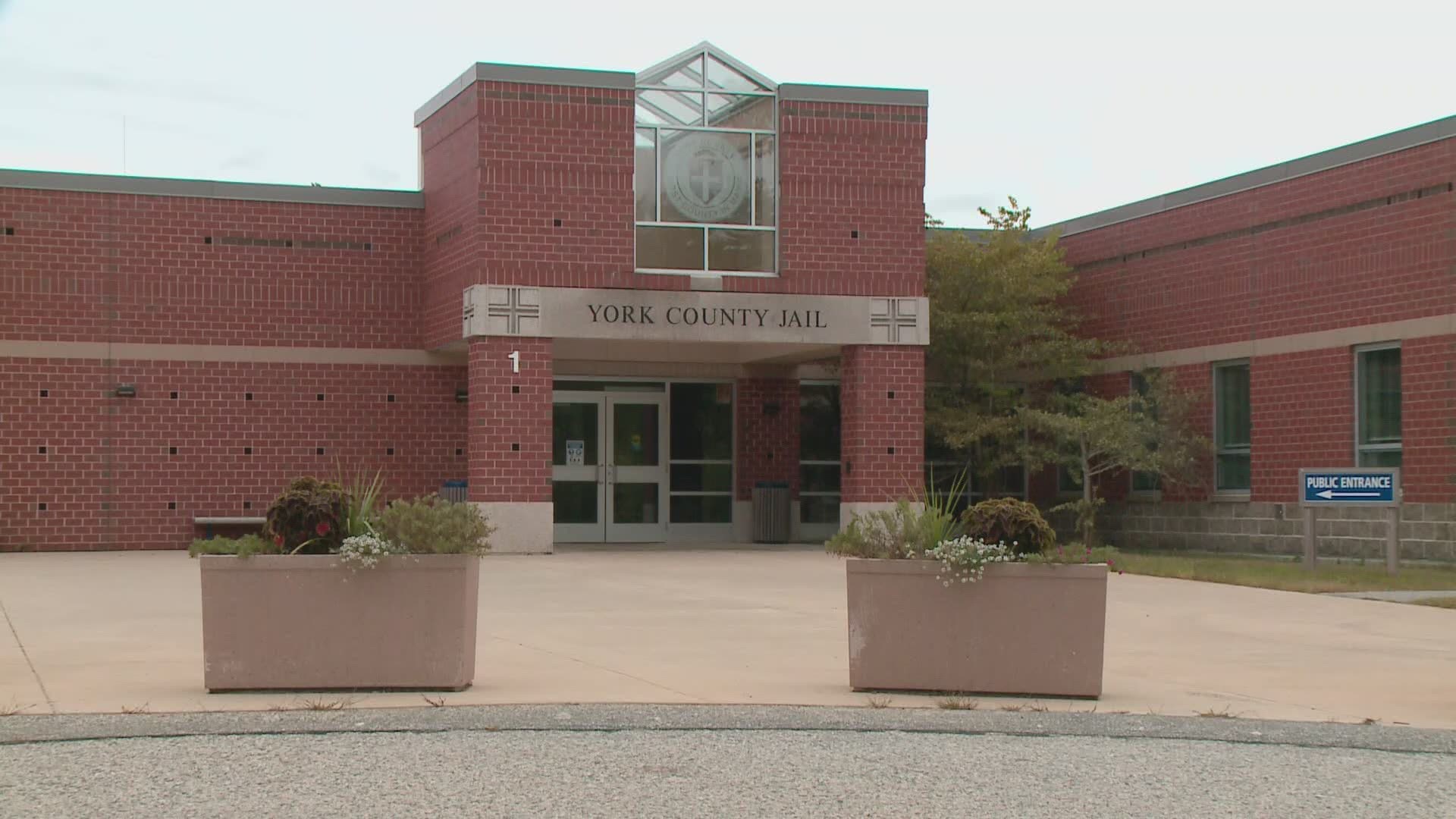 ALFRED, Maine — Lacey Bailey is quarantined in her son's bedroom with COVID-19 just days after her husband, a corrections officer at the York County Jail, recovered from the virus in the same room.

The outbreak at the jail has reached 72 positive cases after a corrections officer attended a wedding in the Millinocket area that is now blamed for nearly 150 positive cases and two deaths statewide.

According to the Maine Center for Disease Control, 46 inmates have tested positive—a number that increased by eight within just 24 hours.

Bailey is one of upwards of 17 people York County officials suspected of having the virus because of close contact with those inside the jail.

"I do feel like there were some safeguards put in place, but do you know if this whole mask thing, there could've been more guidance," she said.

Bailey said masks were not required to be worn in the facility, and in some instances even discouraged.

"I think collectively we all understand the severity of this situation," Zinser said. "If in this case, the county's practices were not followed we will find out why and how and deal with it."

Zinser would not confirm whether masks were worn by inmates or staff regularly, but did say they were required by the county.

"It was mandatory while we were in the office," Sheriff Bill King said in an interview with NEWS CENTER Maine when the outbreak was first announced two weeks ago. "Corrections officers always had masks available and in booking, they would typically don the mask or it was highly suggested they would don the mask."

"It appears that up until the time that the first case was identified, the wearing face masks was not what it should have been," Shah said.

York County now has the highest case counts in the state. Shah said he is working with county officials to ensure masks are warn and universal testing continues.

Bailey is worried that the virus will continue to spread both inside and outside of the jail.

Earlier this week, her husband was called back to work to address a shortage of staff, she said. After Thursday's press conference, county officials allowed him to extend his leave.

"I can’t honestly sit here and say that I have ever felt in the almost 17 years that my husband has been in there or in the 11 years that I’ve been with my husband that family is first," Bailey said.

The family is now focused on keeping the virus at bay within their own home, especially to prevent it from spreading to their four-year-old son who has severe asthma.

"I don't want my child to get sick from anything," Bailey said.

County officials expect to select an independent agency to conduct the investigation by the end of the week.