Fairs are canceled, but one vendor is making sure people can still get a taste of the season

21 of the state's 26 fairs have canceled their 2020 events due to COVID-19, but one food vendor is set up in Topsham this weekend anyway. 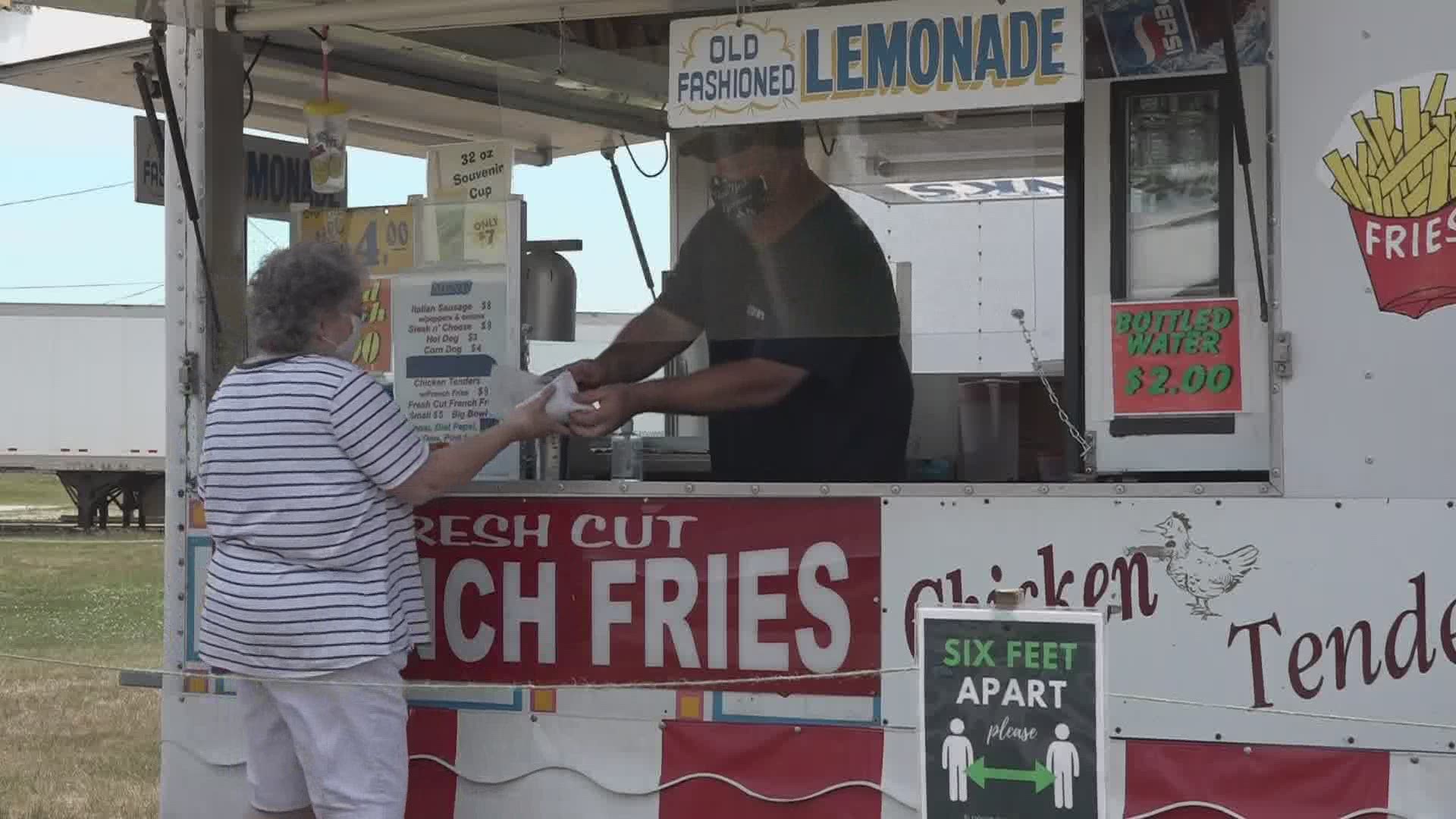 TOPSHAM, Maine — Fair season won't look the same this year, as 21 of the state's 26 fairs are canceled because of COVID-19 coronavirus. Still, Kevin Cleasby, owner of Kevin's Italian Sausage, is set up on an empty Topsham Fairgrounds anyway.

"It was time to try and do something," he said.

It's something to earn a living, but also something to give the people in the community a taste of fair season.

"It seemed to be an overwhelming desire for people to get something that they knew they weren't gonna be able to get," Cleasby said.

"If we can't have the fair this is like the next best thing," he said.

Cleasby is the only vendor set up on the Topsham Fairgrounds. Still, other vendors are being encouraged by the Maine Association of Agricultural Fairs to set up their trucks wherever they can and use social media to get the word out.

"Tell us where you're gonna be and we'll advertise for them because they're our partners," Barry Norris, Executive Director of the Maine Association of Agricultural Fairs said.

Another thing Maine Fairs is looking into, the number of people allowed in a public place. As of now, the state allows 50 people to be in public.

"Can we have multiple events on a fairground? I mean we have a couple hundred acres of land," Norris said.

Norris added the five fairs that haven't canceled their events yet are hoping that either the number of people allowed in public will increase, or using multiple entrances for different events would be allowed.

Back in Topsham, Cleasby says the future of fairs is still unclear.

"Who even knows what's gonna happen next year? So I guess you keep going on doing what you can do," he said.

In a week or so, Maine fairs will be rolling out a new online service where you can see where all your favorite vendors are on any given day so you can still get that taste of fair season, without the fair.

RELATED: Many Maine fairs postponed to 2021 due to coronavirus, COVID-19 pandemic

RELATED: Thunderstorms expected in western Maine Sunday afternoon; a few could be strong