Criminal records are shutting some small-business owners out of the Paycheck Protection Program. 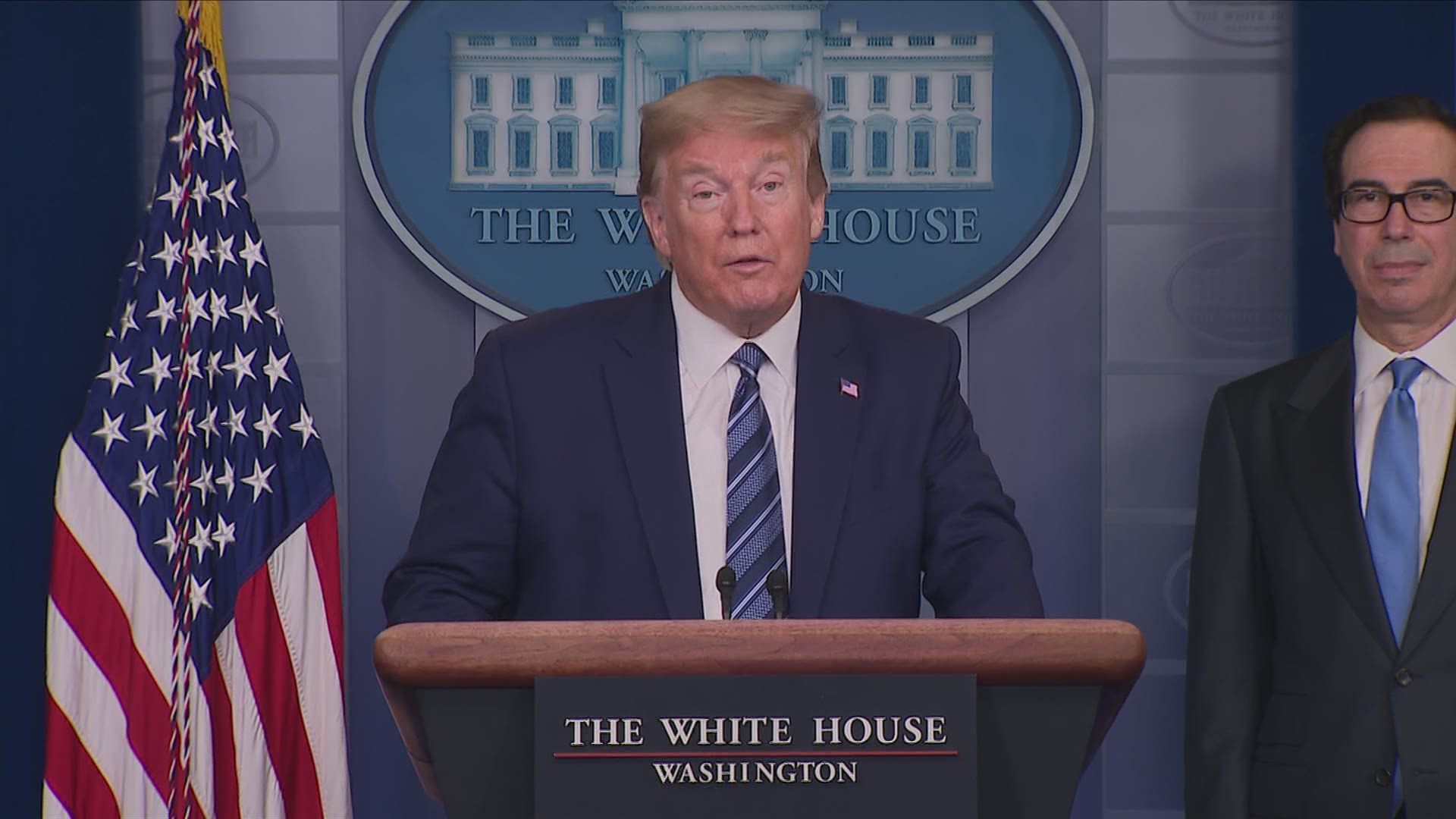 WASHINGTON — Damon West was hoping the government's coronavirus rescue package for small-business owners would help replace the income he's lost now that he can't travel the country as a keynote speaker.

But then he got a call from his accountant. A question on the application form asked whether, within the last five years, he had been convicted of or pleaded guilty or no contest to a felony or “been placed on any form of parole or probation." Another asked whether anyone who owns at least 20% of the company was incarcerated, under indictment or on probation or parole. If so, they are ineligible.

It was a gut punch for West. In 2009, he was sentenced to life in prison but made parole in 2015 and now works as an author, teacher and speaker, visiting schools and correctional facilities to talk about how he turned his life around.

“You go and you pay your debt, and you’re still paying your bill,” he said.

RELATED: 100+ COVID-19 questions answered: Send yours and we'll work to get answers

The Paycheck Protection Program, which already doled out $350 billion and is now awaiting another cash infusion, is supposed to be a lifeline for businesses teetering on the edge, helping them stay afloat and keep their employees on the payroll during the pandemic. Independent contractors and the self-employed also qualify. But not, it turns out, if they have had certain run-ins with the law.

The Small Business Administration, which oversees the program, did not respond to questions about the reasoning. And Treasury Secretary Steven Mnuchin said Tuesday evening that there were no plans to lift the rules, which he said were less onerous than those originally envisioned. But ineligible would-be applicants and their advocates say they are a slap in the face for those who have served their time, especially from an administration that has trumpeted second chances. They note many businesses run by formerly incarcerated people employ other people with criminal records who could be driven back to crime if they lose jobs.

“I'm hearing that people have worked their entire life to get to this place where they have something they can call their own. They’ve paid their debt to society, clawed their way to this point and should be able to get what everybody else is able to get to keep their business afloat," he said.

Many people with felony convictions, he noted, have been forced to start their own businesses and become entrepreneurs because it's so hard to get hired with a record.

Credit: AP
Shown is a portion of a Small Business Administration Paycheck Protection Program Borrower Application Form, Tuesday, April 21, 2020 in Washington. The Paycheck Protection was supposed to be a lifeline for small businesses, helping them stay afloat and keep their employees on the payroll during the coronavirus pandemic. But guidelines from the Small Business Administration say that businesses are ineligible if someone who owns at least 20 percent of the company is incarcerated, under indictment, on probation or parole or had been convicted of a felony within the last five years. Ineligible would-be applicants and advocates say the restrictions are a slap in the face for those who have served their time, especially from an administration that has trumpeted second chances. (AP Photo/Wayne Partlow)

For West, who lives in southeast Texas and describes himself as the “poster child” of someone who reformed their life after years in prison for organizing dozens of burglaries, the restriction “felt kind of like a kick in the gut, a punch in the gut," especially given the administration's talk of second chances.

President Donald Trump achieved a rare bipartisan victory in 2018 when he signed criminal justice reform legislation called the First Step Act. He has since highlighted efforts to help formerly incarcerated people find jobs and talked about helping the “forgotten" men and women. His campaign spent millions on a Super Bowl ad that featured the story of Alice Marie Johnson, a nonviolent drug offender whose life sentence Trump commuted after reality TV star Kim Kardashian West championed her case. The ad showed footage of the emotional moment when Johnson was released from prison and reunited with her family.

“Thanks to President Trump, people like Alice are getting a second chance,” the ad said.

Johnson said in an interview Monday that she was aware of the small-business rule and that she and others had succeeded in getting the administration to scale back an earlier version of the restrictions, which would have included those with misdemeanor records and gone back seven years instead of five.

“I'm so sorry for the small-business owners," she said, blaming the speed with which the program had been pulled together. “It’s really heartbreaking that this couldn’t have been fixed. ... We are ringing this bell of what is going on. I want you to know that we are not being silent on this.”

Trump said he'd “look into” the issue when asked about it during his daily briefing Monday. But Mnuchin on Tuesday said the rule already reflected changes that had been made because of the White House's work on criminal justice issues.

“There were actually much more onerous restrictions in the SBA program. There were people who had misdemeanors that weren’t allowed to access the programs, it was much longer than five years," he said. “We did take this into account."

The comments were bad news for advocates like Mark Holden from the Koch-backed Americans for Prosperity, who have been making calls and sending letters to the White House and congressional leaders urging them to amend the policy as they finalize a package to give the program another cash infusion.

“Secretary Mnuchin’s comments are little solace to the thousands of small-business owners with criminal histories who have bounced back from tremendous adversity to become job creators and entrepreneurs -- only to be locked out of this critical program,” said Michael Mendoza, national director of #cut50, a criminal justice reform group.

Holly Harris, executive director of the Justice Action Network, said her group had been reaching out to Republicans on Capitol Hill to try to get their support.

“It's just absurd to cripple people who have done everything you’ve asked of them," she said, adding that the issue was also a matter of public safety. “When people can't work, what do these geniuses who wrote this language think they're going to do? They're going to return to crime, return to addiction, all the things they've done the hard work to get away from."