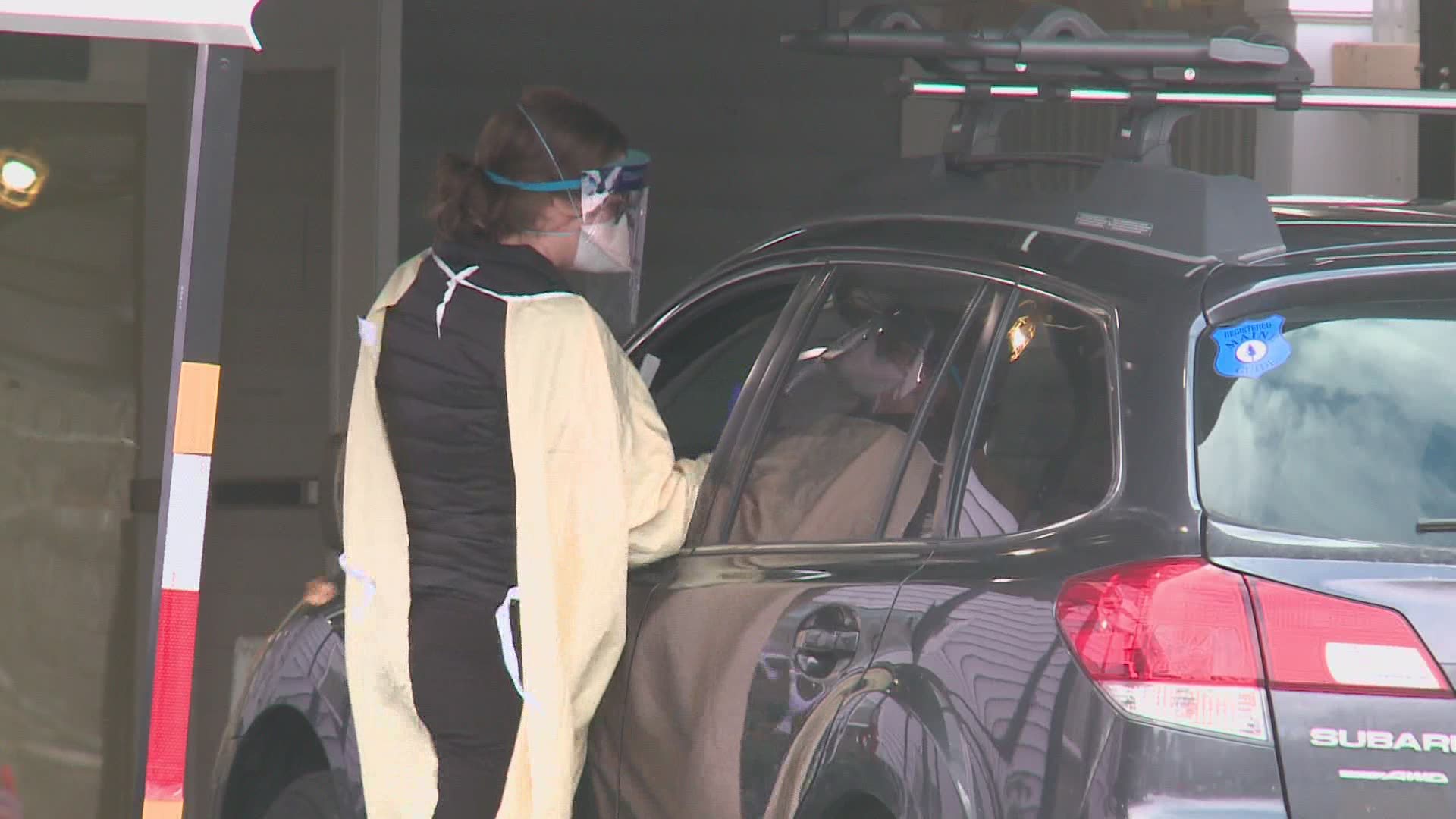 DAMARISCOTTA, Maine — Car by car, a constant parade of people pulls into a hilltop parking lot at the Miles campus of LincolnHealth in Damariscotta. There, two canopies are set up for drive-up, open-air COVID-19 testing. And the testing numbers are higher than ever, says hospital president Jim Donovan.

He explained those 800 calls were all about COVID, asking about testing, which requires an appointment. And while most callers are from Lincoln County, Donovan said they have also been getting calls from other parts of the state, because so many people want a coronavirus test.

"We know community spread is the reason. It's clearly what’s happening. We really don't know what to expect (next), except more.”

The hospital has its own virus concerns to deal with, too. The Cove’s Edge Nursing home, part of the Mills campus, has an actual outbreak with three positive tests, all of them involving staff. Donovan said so far no nursing home patients have gotten sick.

Governor Janet Mills said Wednesday the virus is everywhere and urged Mainers to be more vigilant than ever, especially with distancing and mark wearing.

Hospital president Donovan said the increased demand for testing and increased spread of the virus shows all Mainers in big cities and small towns need to be paying attention to slowing the virus.

“We have to take it more seriously as a community. We can’t do it without the community’s help. Following the advice of public health experts, following the guidelines for face covering and distance is very important. This thing is for real, and it's blowing up on us, even in a small county like this,” Donovan said.

He said mask-wearing does appear to be more consistent than it had been but urged even more vigilance as COVID continues to spread.

Hospital officials say they are waiting for the results from Tuesday and Wednesday’s testing, but last week, they tested 563 people, and 20 of them were positive.